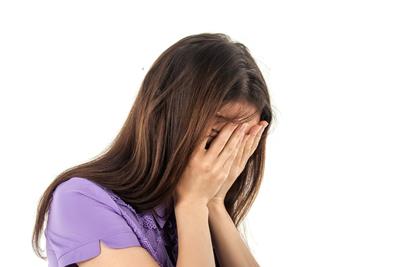 Cannabis intoxication is real. That said, intoxication from marijuana won’t have the same outcome as if you were to consume too many alcoholic beverages. While your perception and memory often decline in both circumstances, that's pretty much where the similarities stop. Cannabis intoxication symptoms often feel like heightened side effects of cannabis consumption, namely dry mouth and red eyes. However, in more severe cases, you may experience bouts of panic, paranoia and other forms of psychosis.

If you find yourself overdoing your cannabis consumption, there are steps you can take to mitigate its severity and sober up from THC and other cannabinoids.

The likelihood of cannabis overconsumption depends on the intake method you choose. Since intoxication is dose-related, the method of administration can significantly affect your potential for becoming intoxicated. For example, flower is almost assuredly going to have you feeling less high than consuming concentrates, edibles or other forms of extracted/infused cannabis products. Keep in mind that extracted or infused products often have a potency several times higher than smoking the plant. Cannabis tolerance varies by person, as well. Factors such as body size and your cannabis consumption experience are some factors that help determine each person's consumption capabilities.

One of the most common adages in the cannabis community advocates for safe, responsible consumption while continuing to enjoy your cannabis. Instead of diving right into your products, take it slow and ease on into it. Essentially, instead of ripping several dabs or eating the entire 100 mg edible, take it in chunks. For dabs, do one or two, depending on your tolerance, and give it a rest. See how you feel in 30 or so minutes and decide if more is warranted. If so, happy dabbing. 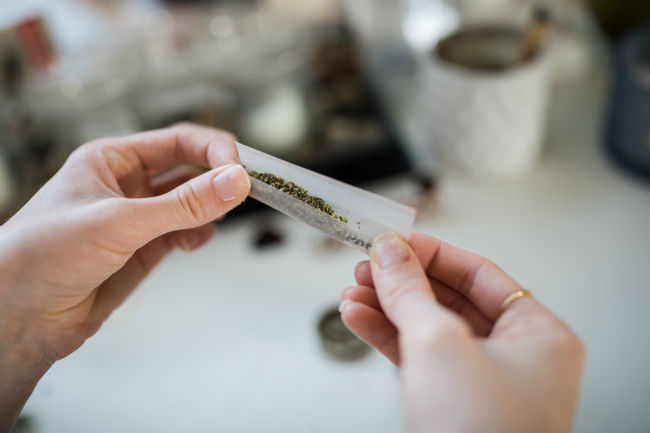 Consider sticking to flower if you want to avoid overconsumption. photo credit

The same applies to edibles, break it in half or quarters, and follow the 30-minute rule. Those that aren’t up to handling high-potency flower can do the same using small hits followed by occasional rest periods in between.

Abstain, If You Can

Abstaining from cannabis consumption is undoubtedly the best way to avoid over-consuming. That said, as abstinence-only courses have taught us in other areas of life, the approach tends to fail. Whether it be cannabis, sex or anything else that makes people feel good, a person will shy away from certain things for only a period of time. So, while, yes, abstaining is the safest option, it likely is not realistic for most people unless they’ve never consumed the plant before.

If you ever find yourself feeling the symptoms of cannabis intoxication, reach for your CBD. Whether it be oil, flower, vapes or otherwise, CBD can lessen the effects of any THC you consume. Several rounds of research through the years have explored this relationship between the two cannabinoids and our bodies. In September 2019, researchers at the University of Western Ontario determined for the first time just how this in the case.

Their published study determined the molecular mechanisms in play by using cannabis strains high in THC and low in CBD on lab rats. Through its research, the team concluded that CBD blocks THC's ability to overstimulate our body's extracellular-signal regulated kinase (ERK). By blocking such overstimulation, the psychoactive effects of THC cannot be triggered as they would when consuming just THC.

With cannabis intoxication, drinks and seasonings may top food when it comes to getting back on the level. Some, for example, reach for the citrus to sober up. Orange juice, in particular, has served as the subject of discussion for some time – although some believe, like mangoes, orange juice could actually intensify a high. 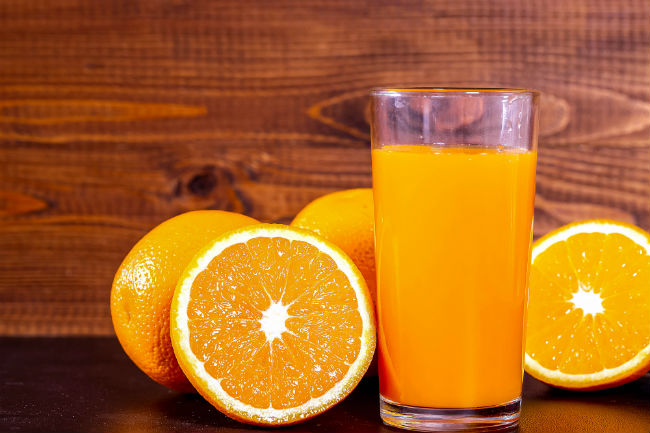 Some say orange juice can help to sober up. photo credit

The terpene limonene is likely the cause of any reduced THC effects, probably due to its anti-anxiety properties. Those that subscribe to this approach may want to pass on the OJ and, instead, grab a freshly squeezed glass of lemonade or eat the fruit directly for a higher concentration of the terpene. A popular seasoning, peppercorn, has also been known to take effect when it is inhaled. A 2011 study suggested that the terpene myrcene and β-caryophyllene may be the reason why it serves as a possible antidote for marijuana intoxication.

Work Out to Expel the High

Physical activity is a wonderful thing. Not only does regular exercise keep us in shape, but it also can momentarily block out pain in our body and brain. Some use these findings, coupled with their anecdotal experiences, to suggest physical activity can reduce a high in short order. Working out releases endorphins in the body. These neurotransmitters override other feelings generated, blocking specific signals to the brain. It is believed that this endorphin release, stemming from an array of activity, including walking, running or otherwise, can lessen THC's psychoactive effects.

An added bonus to this method is the supposed belief that combining THC and exercise can promote an increase in working out as well.

Sleep is one of the best ways to get over just about anything. From illnesses to stress to being too high, rest is often the recommended solution for just about everything life throws at us. Cannabis intoxication is no different. Over time, the effects of cannabis consumption wear off. If you find yourself unable to cope with the effects, consider closing your eyes and getting some shut eye. Keep in mind, however, that the potency of your cannabis plays a factor.

You don’t want to be like this writer and wonder why you’re so loopy the next morning, forgetting you ate a triple dosed brownie an hour before bed the previous night. That said, in most normal consumption scenarios, a nap should get you through any adverse situations. So, here’s hoping you had an indica to help you ease on into dreamland.

Maybe you consumed too much sativa. Or, you are too wound up to sleep. Regardless, sometimes you can’t rest it off, or have access to other high-lessening measures. If that’s the case, then you may just need to ride this one out until you begin to sober up.

Sure, that kind of advice may not sit well with someone in the throes of being too high, but it’s the truth. While you may not like the outcome, it's important to remember that cannabis intoxication never killed a person. In most cases, its harm only lasts as long as the high does. In time, you will come down and feel your usual self once again.

To avoid finding yourself in such a predicament, adhere to the first tip on this list. Going slow and starting low may not be as fun as taking heaps of smoke to the face, but it does ensure that you avoid having an unpleasant time with your cannabis. If you’d rather go all out straight out the gate, have some of the above tips nearby.

Do you have any tips for sobering up from THC? Share them in the comments below! 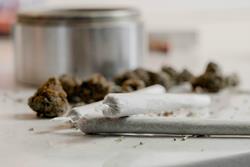 Should You Trust Your Budtender?

Should You Trust Your Budtender?