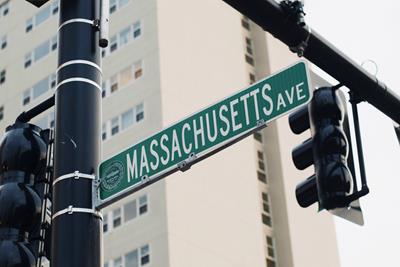 What is an essential business in the era of the coronavirus pandemic? Grocery stores are of course essential. After all, where else would people buy yeast for all this homemade bread that everyone is now baking? Hardware stores are essential, things break and need repair. Gas stations are essential as people can’t get stranded, especially essential healthcare employees. However, thanks to a confused response by the federal government, there’s also a lot of grey area in this. Usually it’s up to each state’s local government to decide what types of businesses should and shouldn’t be open.

However, according to Massachusetts, the answer is currently no. Will it stay that way?  As some businesses near reopening in the Bay State, let’s take a closer look and see if recreational dispensaries might open back up any time soon.

Massachusetts Recreational Dispensaries Closed for Over Two Months So Far

As of March, Massachusetts’ Republican Governor Charlie Baker ordered all recreational dispensaries to close, while allowing medical dispensaries to sell only to patients with a valid medical marijuana card. The COVID-related closure of all non-essential business in the state is currently set to expire May 18th, but it could go much longer. Many cannabis consumers and those in the industry are pointing out the hypocrisy of allowing liquor stores to stay open while recreational dispensaries have to shutter their doors. 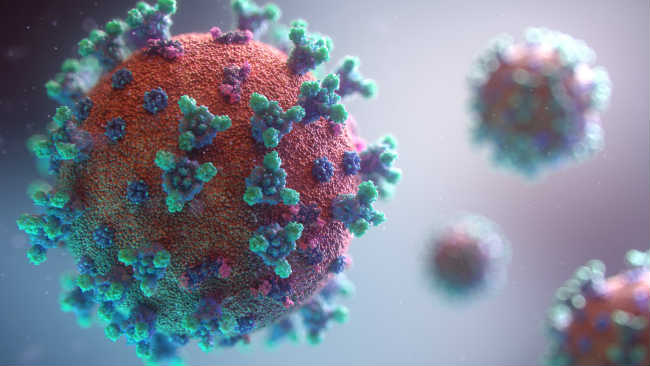 This is not to say that liquor stores should not remain open. It’s good for the economy to have as many businesses open as possible (while still maintaining safe health procedures for consumers). Everyone needs a way to relieve all the stress of being cooped up indoors with an uncertain future. Yoga, knitting, and making Joe Exotic-themed Tik Tok videos can only get you so far. There’s also a medical necessity for alcoholics who could die from withdrawl without access to liquor.

Since so much understanding is being put towards liquor stores, those in the cannabis industry, consumers, and advocates are wondering why this same empathy and care isn’t being extended to recreational dispensaries? A cannabis user has every legal right to their substance of choice as an alcohol consumer does. Even more importantly, as many are pointing out, it’s not as though every patient who uses cannabis medically has a MMJ card.

According to the President of New England Treatment Access, over half of recreational cannabis users are consuming cannabis to relieve health issues, even though they are not registered MMJ patients.

Why this discrepancy? Some consumers are concerned about a backlash if their names end up on a list of cannabis users. This can include veterans who are worried about losing their VA benefits as well as federal workers scared for their jobs. It also includes the uninsured who can’t afford a doctor’s visit to get their MMJ card as well as end-of-life patients who don’t want to go through the trouble of getting a card only to use it briefly. Limiting the number of customers in a shop, instituting a type of curbside pick up, and other social distancing measures are equally doable for both liquor and pot shops.

Officially, Gov. Baker reconciles the difference in the way recreational cannabis and liquor are being treated by arguing recreational shops might entice pot consumers from neighboring states to swing into Massachusetts. These consumers might be bringing coronavirus into the state along with their love of legal cannabis.

Said Baker at a recent press conference,“...if we make recreational marijuana available we are going to have to deal with the fact that people are going to come here from all over the place across the northeast and create issues with us with respect to the fundamental issue we are trying to solve here, which is to stop the spread...For that reason and that reason alone, it’s a non-starter for us.” 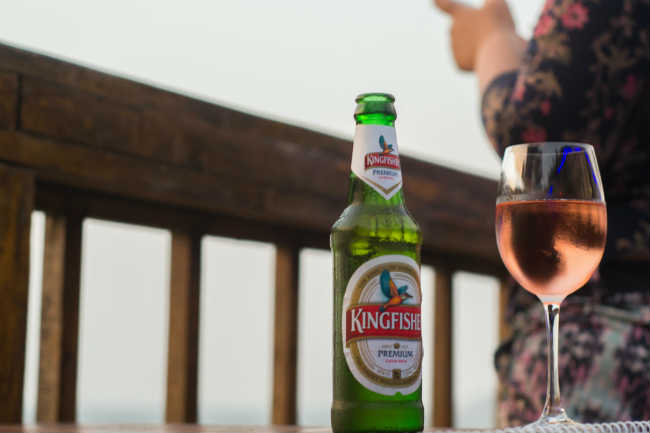 Of course, dispensaries and others in the industry are saying that doesn’t hold much water. Every customer must show a valid state ID when they purchase weed, which means that it’s easy to refuse any out of state customer. A couple of sandwich boards or signs outside the dispensary could stop them before they even came in.

The Public and the Industry Want Cannabis to be Essential

So, will Massachusetts’ governor declare recreational dispensaries essential? There’s plenty of pressure on him already coming from all sides.

The Veterans Cannabis Project has taken out a full-page ad in the Boston Globe denouncing the governor’s position. According to the non-profit’s executive director “Our veteran community is mobilizing on several fronts to correct this injustice during this most critical time...Our nation’s heroes deserve better than this. Governor Baker says that he supports our military veterans and we urge him to prove it by helping us now.” 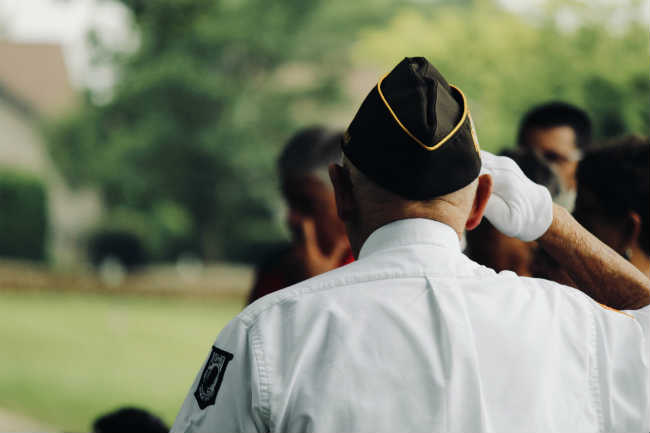 Many veterans rely on cannabis to help them in their daily lives. photo credit

Additionally a coalition of over 30 licensed marijuana business operators as well as pending applicants have posted an open letter that urges state officials to reverse the governor’s declaration. The letter states: “We fully share the governor’s concern for the health and safety of Commonwealth residents...At the same time, we know from experience that tens (if not hundreds) of thousands of residents do, in fact, consider cannabis essential, which in turn makes our services essential.

The governor also heard from a diverse group that included regulators and doctors who argued that there is no reason for Massachusetts to be the lone hold-out amongst recreational states in considering dispensaries non-essential. This sentiment was echoed by a dozen Democratic state legislators in a recent letter to the governor.

The Next Steps to Reopening Recreational Dispensaries

The most decisive action to change the “non-essential” ruling came from a coalition of five recreational dispensaries who filed a lawsuit in Suffolk Superior court claiming that the governor had breached the equal protection clause. However, that lawsuit was later thrown out by Suffolk Superior Court Judge Kenneth Salinger. The case was dismissed on the ruling that Gov. Baker was well within the rights of his office to order the closure of REC dispensaries.

Despite dismissing the case, Salinger noted the validity of several options proposed by the community to address Gov. Baker’s concerns.

The state is set to start phase 1 of reopening on May 18, and officials are yet to set exact guidleines for what businesses that may include.They have made clear that Phase 1 will be be focused on businesses that allow for minmal physical contact, and there are many ways cannabis businesses might fall under that definition.

For now, the industry is hopeful that with community support, and Judge Salinger’s acknowledgement of viable alternate solutions, REC dispensaries might reopen soon. The Commonwealth Dispensary Association and other industry members met with Gov. Baker’s office on May 9 to discuss how they and the state might work together. Industry reps have signaled that those talks were positive. 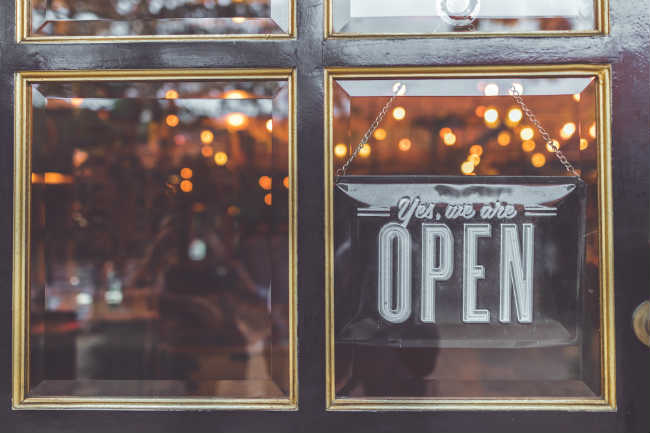 It is still not 100% certain when recreational dispensaries will reopen. photo credit

Massachusetts has seen an uptick in medical marijuana applications, so much so that there was concern with supply being able to meet the increased demand. Subsequently, the state made a special allowance for REC growers and producers to transfer wholesale product to MED. Clearly, there is some willingness to be flexible.

Cannabis delivery applications open May 28. Applicants can submit now for “pre-approval” so that they don’t have to waste funds applying to be potentially turned down, and the process is expedited. Recreational cannabis businesses may not be declared essential before the lockdown ends, but options to obtain marijuana legally seem to be coming soon regardless.

What are your thoughts on Massachusetts’ “non-essential” recreational cannabis call? Let us know in the comments. 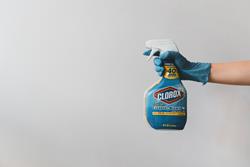 Can You Disinfect Cannabis? Tips for Sterilizing Your Weed

Can You Disinfect Cannabis? Tips for Sterilizing Your Weed 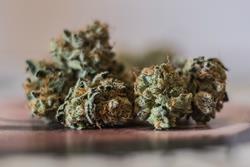