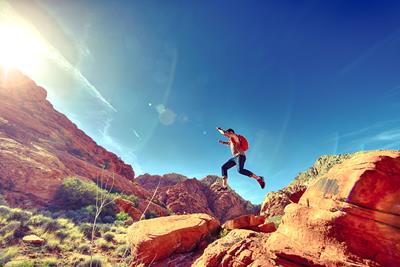 Hollywood has a way of shaping our perception. Since the airing of Reefer Madness in 1936, Hollywood has portrayed a certain image of the marijuana user that is scary, silly or in other ways unattractive. And, though the image of the typical stoner has moved away from over-the-top fear mongering of this unintentionally satirical film, the typical modern-day stoner still always seems to look the same: a young, male college dropout, who lives with his parents and spends his time playing video games and grubbing on Doritos and Mountain Dew all day.

But burn-out stoners make up only a small fraction of total marijuana users in the U.S. According to the Pew Research Center, almost half of all adult Americans have used marijuana in their lifetime – 12 percent within the past year. Though the majority of cannabis users continue to be men between the ages of 18 and 24, there is a rise in marijuana use across the board with the most notable increases in women between the ages of 45 and 64, Hispanic and black people, low income households and people living in the South.

First and foremost are the continued medical benefits surrounding the plant. No longer do people only  consume solely to get “high”, but rather to find relief for other, more serious health-related reasons. From chronic pain, PTSD, cancer (and even epileptic seizures in children), the stoner stereotype is being shattered as medical marijuana legalization spreads and research continue. The best part? Millions of people -- from the elderly to those returning from war -- are finding that they no longer need to rely on opioids to get better, therefore cutting back on the war on drugs within our very own country.

More work professionals are coming out of the “weed closet” as well, effectively putting a more distinguished frame around the cannabis industry, while demonstrating that frequent consumers can still be fully-functioning people in society as well. Although for those living in states with some sort of legalization, there is a large grey areas when it comes to marijuana in the workplace, these people (along with many others) are finding that the new-found acceptance of the plant across the country has acted as a green light to support their recreational (or medical) activities during off hours.

This resurgence in the professional world – coupled with a very active re-branding efforts by companies – has helped cannabis business marketers reach a larger audience by proving that you can be a successful, active consumer. Businesses like Apothecarry, Healthy Headie and Canna Closet, all aim to position the consumer in this elevated light through creative and other messaging that normalizes cannabis in people’s everyday lives.

One of the most effective ways companies have rebranded the stoner image is by marketing their products as health and lifestyle items and replacing the terms “marijuana” and “weed” with the more attractive (and accurate) term “cannabis”. Throw in clean, well-designed packaging and a few eloquent descriptive terms and you’ve got cannabis products that will sell to a previously untouched (and very large) demographic.

Abolishing Stigmas is Crucial for Change

And it is because of these branding efforts that cannabis reform has been able to spread. According to a research paper published in the Global Drug Policy Observatory (pdf), marketing efforts directed at women between the ages of 30 and 50 significantly impacted their likelihood to vote a particular way. Specifically, positive cannabis marketing campaigns which discussed the benefits of legalization on the health and home increased the likelihood of female support by eight points during the 2012 election in Washington state.

Of course, we cannot abandon the classic stoner demographic; young people (mostly men) who have a passion for the plant – and all of the awesome music, gadgets, activities and lingo that comes with it – may not be as receptive to the new, upscale branding of cannabis products. This is where brands like Marley Natural come in.

Tasked with the challenge of evolving the image of Bob Marley and cannabis culture into one that appeals to a broader audience, Marley Natural draws on Bob Marley’s passion for global unity and promotes peace through philanthropic events and opportunities. In much the same way the Rastafarian religion used cannabis as a tool of enlightenment, Marley Natural is using their brand to promote the will of the company’s namesake, while pushing a different consumer definition in the process.

Having said all of this, it’s important to know that folks can help continue to break the stoner stereotype on a more personal level by simply being responsible, educated consumers. Yes, cannabis is been proven to be ‘safer’ than alcohol, but it’s still illegal in the eyes of the Federal government. As a result, be discreet when consuming in states where it’s legal, don’t smoke and drive and be respectful of your employer’s rules and regulations when it comes to toking outside of your normal 9-5.

For years, the stoner stereotype has been used as either comic relief or a reaffirmation of the perils of drug use. Stoners are seen as goofy, absent minded, unreliable and sometimes even dangerous because of their status as a “druggie”. But these characteristics are not all-encompassing of the stoner demographic, and one look at the latest trends in marijuana usage proves it.

As marijuana reform continues, the “stoner” image will continue to evolve. Now that marijuana is emerging from the shadows, so too will the large number of diverse cannabis consumers. As more professionals, parents and senior citizens admit to cannabis use, the ol’ stoner stereotype will begin to fade away.

Do you think it’s important for the stoner image to evolve? Why or why not? 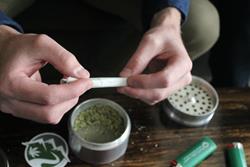 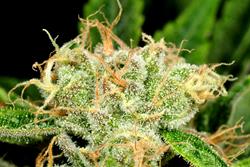