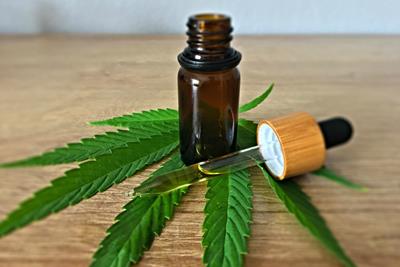 To many people, CBD is simply stuff that is like THC but it doesn't get you high. While true, it is much more than that. Like THC, CBD is one of the numerous cannabinoids found in the cannabis plant. In short, CBD works as it binds to receptors in the body. However, it doesn’t act like THC. The therapeutic compound does, however, interact with the human body in a variety of ways. With the discovery of our body's endocannabinoid system, researchers have been able to determine that CBD mimics and alters the effects of our bodies' "endogenous cannabinoids." Unlike THC, CBD doesn't bind well to CB1 and CB2 receptors in humans. However, as Project CBD notes, CBD can bind to receptors like 5-HT2A, which mediates psychedelic experiences. As such, CBD has the potential to produce and alter effects in humans. This includes offsetting some of the psychoactive effects that occur when consuming THC.

CBD has captured the minds of the public and researchers alike. So much so that CBD has been one of the more analyzed aspects of cannabis over the years. The effects of CBD have been analyzed against numerous medical conditions and common symptoms. They include studies on anxiety disorders like a 2015 study that found that CBD can reduce anxiety behaviors in conditions from PTSD, OCD and several others. 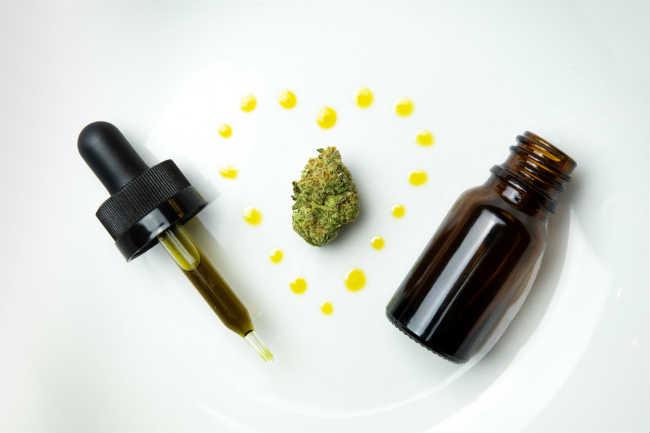 Some people report that CBD diminishes the effects of THC.photo credit

A 2010 study sought out to understand the effects of THC and CBD side-by-side. Researchers found that the two cannabinoids produced opposite effects which may be common to multiple regions of the brain and cognitive processes. Upon its conclusion, the report had noted that much more could still be found. It stated, "At the same time, because the analysis selectively identified areas in which opposite effects were evident, it is entirely possible that there is a different relationship between the effects of the two compounds in other brain areas."

In 2013, a study noted that while studies into the relationship between the two compounds were limited, most conclusions proved to show a healthy outcome when concerning THC consumption. Researchers noted that "Few or no adverse effects of CBD have been proffered, and where CBD has been found to have an effect, it is usually in a “positive” (i.e., salubrious) direction."

Meanwhile, a 2017 study commissioned by the European Industrial Hemp Association found CBD to provide a favorable and safe profile for a human to consume. However, it did note that further research is needed with larger numbers of subjects in studies. Additionally, more studies into numerous aspects of toxicology require more research. With the final need being for clinical trials to monitor its interactions.

With further research required, cannabis consumers are left to their old tried and true analysis: anecdotal evidence. For this writer, first- and second-hand experiences have found that CBD does indeed reduce the effects of THC. 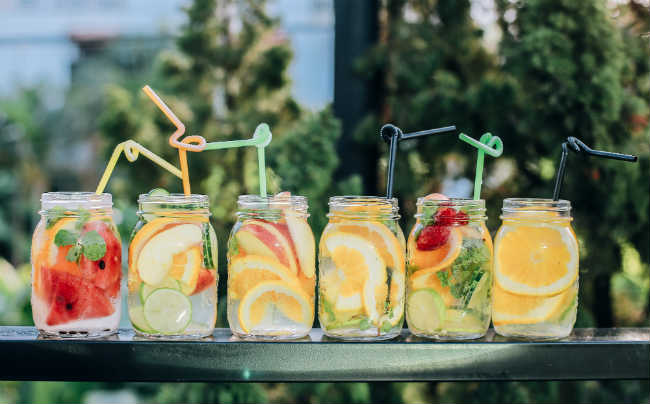 CBD mocktails can be a fun way to spice up your next happy hour! photo credit

The best persona evidence I can offer was during an infused dining party I had attended. All the food was infused with THC while the “mocktails” swapped out liquor for CBD. These drinks were not only delicious but helped keep the high in check. While I was certainly good and stoned, the CBD always left me feeling as if I was in control of my faculties and never once felt like I had a bad high despite scores of people in the venue.

CBD has been known to do the same for numerous people when they have overconsumed THC. When you or your group know you’ll be getting quite high, consider having some CBD along as a just-in-case. If anyone starts to feel overwhelmed or any of the other symptoms of a bad high, pause on the THC for a moment and consumer some CBD. Give it a few minutes, depending on your consumption method, and see how you feel.

In some cases, consumers even add CBD to their THC while consuming. This can be especially effective for higher potency consumption. Some may add CBD to their dabs while 1:1 THC-to-CBD vapes are quite common as well.

Finding your THC-to-CBD ratio is important for recreational consumers just as it is for medical consumers. As Project CBD notes, the wise cannabis adage “start low and go slow” is applicable in finding your ideal ratio. They explain, “Optimizing one's therapeutic use of cannabis may entail a careful, step-by-step process, whereby a patient starts with small doses of a non-intoxicating CBD-rich remedy, observes the results, and gradually increases the amount of THC."

Thus, a combination of THC and CBD is likely to have a greater effect on a number of conditions than either of the compounds on its own. Some have called this the entourage effect while others still debate its validity.

While additional conclusive evidence is required, the general consensus is that CBD does reduce the effects of THC when both are consumed. With both THC and CBD, these cannabinoids still offer much more to be discovered and understood. In the years ahead, research and analysis will reveal further information needed to understand how each compound interacts with our body.

With what we know now, consumers who take in large amounts of THC or consume with stronger products like concentrates may want to consider having some CBD on them. They could potentially turn a bad high into just the right balance.

Do you think CBD impacts the effects of THC? Why or why not? Share your thoughts and stories in the comments below. 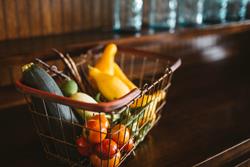 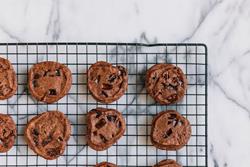