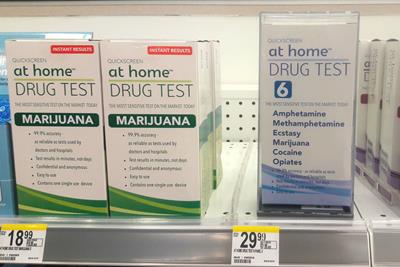 Even though more Americans than ever have access to legal cannabis, many people still have to take a drug test as a stipulation for employment, and in some states, as a prerequisite to receive state assistance like food stamps and unemployment benefits.

At-home drug tests are easy to find in both drug stores and online. And they are affordable, too, costing anywhere from $5 to $30. But if failing a drug screening causes a loss of work and benefits, should you really rely on the results of a cheap test? Let’s take a closer look.

Most people who must consent to a drug screening are concerned about testing positive for cannabis, and for good reason. Cannabis’ metabolite, THC-COOH, can remain in the body for a while, depending on several factors.


THC-COOH gets stored in body fat and how long it stays in the body depends on body fat percentage. THC metabolites dissolve in lipids and fats, so, the more fat you have, the more cannabis will accumulate, thereby extending elimination time.

How much metabolite remains in your system depends on how frequently cannabis has been used, what kind, and how much was ingested. Therefore, if someone who smokes one or two joints a day and has a higher percentage of body fat than someone who uses at the same rate but has less body fat, it will take a longer time for the person with a higher body fat percentage to eliminate THC-COOH from their body. 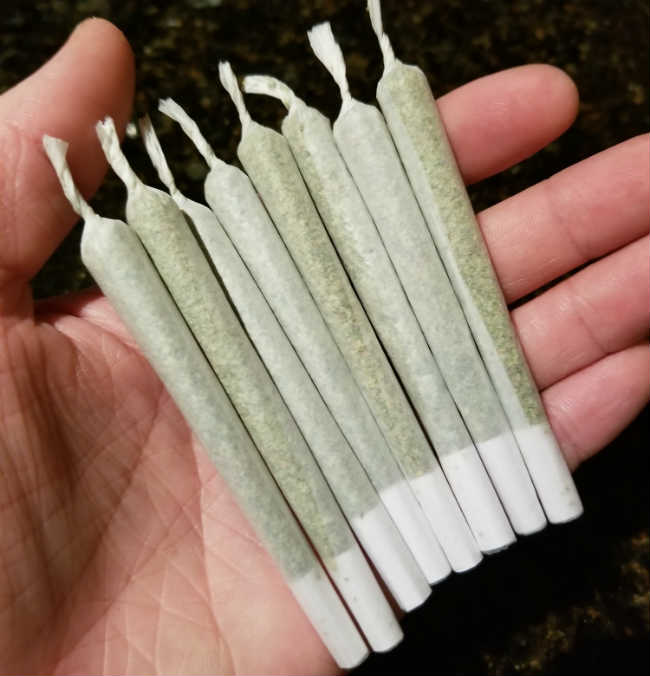 Heavy cannabis consumers will take longer to flush marijuana out of their systems.

And, even if a person has a thin physique, they could still be “skinny fat,” meaning that their weight and BMI may be normal, but the ratio of fat to muscle is unhealthy. Even thin people aren’t off the hook.

Another thing to keep in mind is how THC metabolizes in the body. It metabolizes in the liver and is regulated by a different set of enzymes than those that regulate fat metabolism. So, if you have a speedy metabolism, nice work! Just remember that it won’t help to get rid of THC-COOH any quicker.

There are a few different ways to test for drugs: saliva/oral fluid tests, urine tests, blood tests, and hair.

Saliva/oral fluid tests have the shortest window of detection, or the amount of time a drug can be detected. Because it has a small window, these tests are not used very often.

Urine tests are so widely used that 90 percent of the 55 million drug tests administered in 2015 were urine tests. They are more accurate than saliva/oral test while still being affordable. Urine tests also have a longer window of detection. 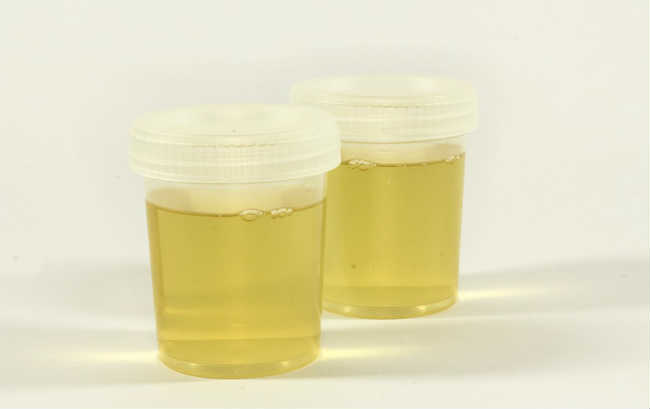 Urine tests are the most common type of drug test used by employers. photo credit

Hair tests can detect a history of drug use and have the longest window of detection. For example, if cannabis was used for a period of time, abstained from, then restarted, a hair test would show that. But, they can sometimes be incorrect because of contaminants like dust.

Blood tests can measure the amount of drug in the system and also detect impairment as well. These tests are especially difficult to pass for heavy cannabis consumers because cannabis metabolites can be detected for longer periods of time than other testing methods.

Should I Try That At-Home Drug Test?

Maybe. These tests are generally pretty sensitive to the presence of drugs, so a positive result is definitely an indication that a lab test would show a positive, too. However, at-home drug tests are easy to mess up, and external factors can change the accuracy. Here are some things to keep in mind:

It’s also important not to get too excited if the test shows negative. Occasionally, a test can show a negative result because it has passed its expiration date, or the test detection chemicals are not working properly.

Ultimately, relying on an at-home drug test is probably not the most accurate plan if you need to pass a drug test with heavy implications on the line.

Still, it may be worth it to pick up several different ones to get a general feel for if you might pass or fail your upcoming test.

What if My Drug Test is Next Week?

If failing a drug test is not an option for you, then the first step is to try to reschedule the test for later. Barring that, there are some strategies.

The Future of Cannabis and Drug Tests

Until testing for cannabis as a condition of employment or other benefits is a thing of the past, a long-term plan for cannabis consumption and potential testing will help you avoid detection.

Recently, Maine approved a law prohibiting employers from discriminating against employees for their cannabis use outside of work.

While employers in Maine still maintain the right to prohibit cannabis use and possession in the workplace and can still discipline employees for being high at work, this law marks the first time in United States history that protects off-site marijuana use outside of work.

Hopefully more states will catch on and start creating similar laws. Until then, keep the tips above in mind if you’re getting drug tested! 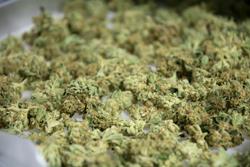 Curing Cannabis: Why It's Important and How to Do It Properly

Curing Cannabis: Why It's Important and How to Do It Properly 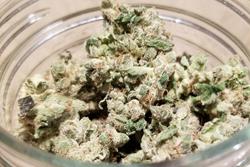