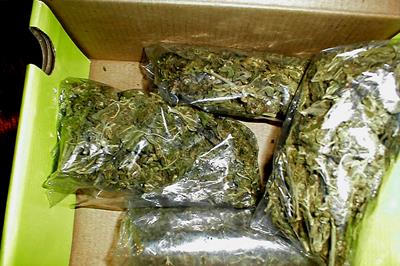 Theoretically, legalizing marijuana will put an end to the black market, or at least cripple the illegal sale of cannabis. As one of the main arguing points for marijuana reform, tight regulation of cannabis could limit the success of black market deals.

In order for this to happen, however, a few things must come into play: prices must be competitive, purchasing habits must change and the product must be of a reliably high quality. Even so, as long as marijuana remains legal throughout other parts of the nation, legal marijuana will continue to contribute to black market activity in other states. But let's not get ahead of ourselves. Before we look at how to eliminate black market cannabis in the illegal states, let's discuss what should be done in the legal ones.

If the price of legal marijuana is competitive with the black market, the number of people buying marijuana illegally should drop thanks to an abundance of easily-accessible dispensaries. Unfortunately, due to excess taxes on the product, prices of legal cannabis have remained higher than the alternative. Currently, recreational sales in Colorado come with an almost 28 percent tax total; the Washington recreational tax rate is almost 44 percent and Oregon (pdf) is taxed at a flat $35 per ounce.

Medical marijuana users generally pay much less than recreational users for pretty much the same product which has prompted many recreational users to apply for a medical card. Though there are certainly those who medicate serious illnesses with cannabis (like AIDS or cancer), by far the most common reason for medicating with marijuana in Colorado is "severe chronic pain" (around 94 percent, to be exact).

Because medical marijuana card holders can purchase marijuana on the cheap (and are often allowed to grow well beyond the six-plant max of recreational users), the temptation to sell their excess for a little tax-free profit becomes very real. Enter Craigslist or a few carefully-worded Facebook posts and you've got the perfect recipe for black market cannabis deals that can operate within a grey area of the law (by offering them as "donations").

Some changes are on the horizon, though. In Colorado, tax rates are set to drop from the current 10 percent state sales tax rate to eight percent in July, 2017. Washington also plans to reduce recreational marijuana taxes to a flat 37 percent (and begin taxing medical marijuana purchases) and Oregon plans to keep marijuana taxes even lower at 17-20 percent beginning in early January, 2016. Only time will tell whether or not these moves will stop black market marijuana sales. Just keep in mind that the slow progress these states are making toward establishing a feasible marijuana tax code are a deliberate attempt to snuff out black market sales while simultaneously stimulating the economy.

Ideally, Americans would prefer their purchases help build a strong economic infrastructure and improve social services rather than help fund criminal activity. Though this is consistent with public opinion, it has not curbed black market sales as much as desired. Currently only 60 percent of cannabis consumed in Colorado has been purchased legally according to some estimates.

That's not to say that all cannabis consumed illegally has been processed illegally, though. Much of the illegal marijuana sales around the nation have been grown right here on American soil, leaving international drug cartels scrambling to replace lost profits. In Mexico, for example, the price of a kilogram of marijuana has dropped from around $90 to less than $40 prompting them to switch to opium instead.

Legal marijuana should be reliable

Given the extensive regulations regarding cannabis products, consumers should be confident that the marijuana products they purchase are not only contaminant-free, but accurately measured and dosed. This is especially important given the new edible craze; a mis-labeled candy bar could lead to an uncomfortable case of overconsumption.

Unfortunately, labels can often be misleading. According to a recent study published in the Journal of the American Medical Association, only 17 percent of the marijuana edibles tested out of San Francisco, LA and Seattle were accurately labeled. Though most of the mislabeled products contained less THC than they claimed, 23 percent actually contained higher doses of THC. These inaccurate labels are therefore not only dangerous, but a serious threat to the viability of the whole legal system.

Concerns regarding contaminants in legal marijuana are also of concern. There is currently no approved pesticide for marijuana, but that hasn't stopped some grow facilities from treating their plants anyway. In March, the city of Denver placed a "hold" on more than 60,000 plants pending investigation. Results confirmed the presence of common pesticides and fungicides in many of the crops tested, but the state can legally do very little else. They cannot condemn the plants, only record their findings.

Oregon is taking a proactive approach to pesticide control, warning growers to be careful given that no pesticides have been approved for use on cannabis plants. Rules are currently being developed that aim to regulate all safety concerns including both pesticides and proper edible labeling.

Colorado marijuana has been seized in more than 40 states across the nation proving that what's bought in Colorado has a hard time staying here. The issue has become so severe that a few states (Oklahoma and Nebraska) have filed suit against the state of Colorado in an attempt to supplement the extra funds needed to enforce marijuana criminalization in their states.

Though the issue is likely to fall through, it brings up a valid point: state-by-state legalization is not sufficient as long as federal law prohibits cannabis. If we really want to put an end to marijuana prohibition, we must do so on a federal level. Otherwise, even the the best laid plans will fall through; travelers will bring home souvenirs, law enforcement will expend excess funds to stop them and tax revenue will be needlessly lost to the black market.

People love their weed. They will find it -- and they will smoke it -- whether it's legal or not. What happens to the money once it's been transferred to the supplier, however, greatly depends on the legal status of marijuana wherever the sale takes place. If the sale is made illegally, any profit gained goes directly into the hands of criminals with little regard for ethics or public safety.

What do you think should be done to curb black market marijuana sales? 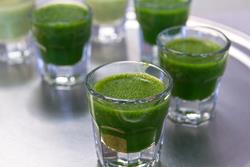