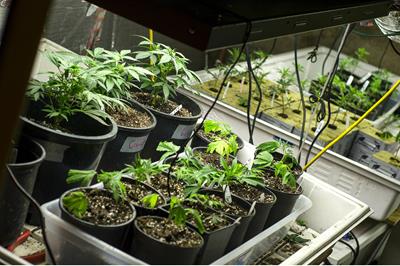 Growing cannabis is not like growing tomatoes. It takes time, space and money to see that a marijuana seed or clone will grow to its full potential, especially if that grow is to be compliant with regulations set forth by state and local governments.

Picking up weed from a dispensary, on the other hand, is quick, reliable, and offers many options well beyond the scope of a few select strains. So which is the better option? Well, that depends.

I’m thinking about moving to Colorado soon. Would growing my own weed be worth it?

There is a lot to consider when planning a marijuana grow. If space is limited or funds are tight, for example, you may be better off purchasing cannabis from a dispensary instead. It’s also not impossible to grow your own, so let's break down all that is involved in growing a marijuana garden.

Recreational users in Colorado are allowed to cultivate up to six plants (12 per household) with half flowering at a time. Given this limit, many growers are opting to grow larger "trees" by allowing the plants to maintain their vegetative state for longer. Though the time it takes to reach harvest is extended using this method, the yield could be substantially higher provided there is sufficient light during the whole process. Of course, this will also require ample space.

Generally speaking, one 1,000 watt High Intensity Discharge (HID) grow lamp will produce enough light for a four-by-four square food area. Remember, however, that the more light a plant receives, the denser the buds and heavier the final harvest. If you intend on flowering more than a few plants in this space, plan on doing so while they are still fairly small (one- to two-feet tall), keeping in mind that the plant may double in size during the flowering period.

The space requirements for growing cannabis vary depending on strain and plant maturity, as well. For example, indica strains tend to grow faster, smaller and bushier with more dense buds while sativa plants tend to grow taller and produce more airy buds but take longer to get there. Indicas are therefore recommended for indoor grows and greenhouses with limited space.

If you're planning on growing marijuana outdoors, most strains will work. Just remember to allow at least four square feet of grow space per plant and keep them locked up and out of reach of children. Also remember that outdoor plants have different flowering periods.  Most plants begin to flower around the same time (usually late August), but be sure to pick a strain that finishes early to avoid subjecting your plants to winter weather before they are mature and ready to harvest. To ensure that all space is used efficiently, consider container planting or force-flowering clones before placing them outdoors. By doing this, you will be able to pre-determine the sex of the plant and remove any males before the flowering cycle begins.

How long does it take to grow marijuana?

This is a question with a very complex answer because much of it depends on the strain, propagation method and grower preference. When starting cannabis from seed, for example, you will need to add an additional week or so to the grow time as opposed to starting from a clone.

The time a plant spends in vegetation also varies depending on space and grower preference (plants will remain in a vegetative state until they are switched to a light cycle consisting of 12 hours of light followed by 12 hours of total darkness). For those who would rather wait for a large harvest, this can be multiple months or more. Generally speaking, cannabis plants should remain in a vegetative state for no less than two to three weeks before switching to the 12/12 flower cycle.

The flowering cycle can be started as soon as the plant has at least five blades on a fan leaf, though it is usually better to wait until the plant has reached half of its intended height. This cycle typically lasts between two to three months depending on the strain and desired effects, though some strains (like Northern Lights) may take less time and others (like any of the Hazes) will take longer.

There is usually a good two to three week window during which to harvest beginning when at least half of the white hairs, or pistils, have darkened. Though it is fine to prolong this growth period in order to produce a more plentiful harvest, remember that overly mature buds (buds with more than 70 percent of their pistils dark) will result in a more lethargic high as the THC converts to CBN.

Finally, there is the curing period which can last between two weeks to a month or more. The process begins by drying the buds (usually by hanging) until the thickest stem snaps. At this point, buds can be trimmed then added to an air-tight container where they will continue to cure for a few more weeks. Jars should be kept in a dark location and "burped" (opened) daily. This will help pull moisture from the stem to ensure an even dry and reduce the chances of mold growing on your harvest.

All-in-all, the whole process of cultivating marijuana can take anywhere from a few weeks to five months or more. When deciding whether or not a home grow is right for you, consider the length of this process carefully.

Comparing the cost of home-grown vs. store-bought cannabis

The first grow is always the most expensive. When calculating in the cost of supplies (soil, nutrients, lights, grow tents and, of course, marijuana seeds or clones), the initial dollar amount can reach upwards of a few thousand dollars. Add this to the time and effort involved to determine if growing your own marijuana is worth the investment.

Whether or not you decide to grow your own marijuana at home, you can always rest assured that your favorite dispensary will be stocked with quality cannabis strains and products to help get you by. The average price of a quarter-ounce of recreational marijuana in Colorado is roughly $50; the average weight of a marijuana harvest, on the other hand, is much harder to determine.

Do you have a question for Pot Guide? We'd love to hear it. 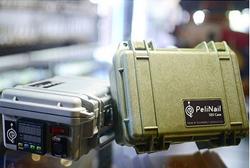 An Intro to the World of E-Nails

An Intro to the World of E-Nails 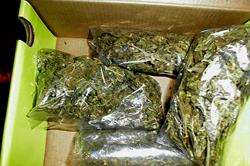