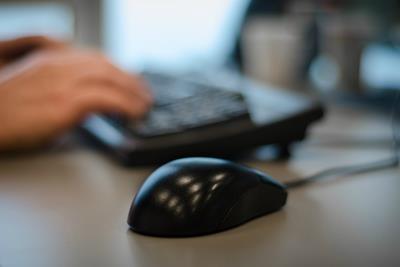 We’ll admit it, it’s pretty awesome living in a place where you can not only buy weed legally, but where you have the option to choose from a selection of strains, concentrates, edibles and topicals as if it were a mere trip to the gas station. And yes, we completely understand how hard it must be to live in a place where marijuana is still illegal while watching neighboring states indulge freely. We get it. It sucks.

NOTE: Since the publishing of this article, cannabis delivery services in America and legalized nations like Canada have made buying marijuana online possible and legal. There are still illegal cannabis shops online though, so do your due diligence before buying.


And while many people in prohibition states may ponder the idea of a little mail-order ganja goodie bag from one of the countless online dealers, we strongly advise against it. Not that you shouldn’t enjoy a good toke, but these “businesses” are not the way to do it. Most of them are scammers and the ones who are not, well, they’re not exactly safe either.

We’ve all seen them: the social media posts offering to ship top-quality marijuana anywhere in the world for seemingly affordable prices. They may list their menu and provide a phone number through which to place your orders. Though many of us would find these posts shady and scroll past, every now and then, someone takes the bait.

Using a burner app that lets the user create temporary phone numbers (which can be “burned” as soon as they’re no longer needed) online “dealers” will send text messages, nug photos and send/receive phone calls to answer questions and provide purchase instructions. Once a deal has been reached and the buyer has deposited money into the seller’s account, communication is lost and the weed (if there ever was any) never gets sent.

Of course, not all online marijuana sales are scams. Sometimes, people in prohibition states have connections in 420-friendly states and hit friends up for a little mail-order party package. But, regardless of any monetary exchange, shipping marijuana through the mail, even small amounts, is still a big no-no due to marijuana’s illegal federal status. As soon as marijuana crosses state lines, it becomes a federal offense and could be subject to severe penalties.

In fact, according to one Fed Ex worker, the pot -- and all parties involved -- could end up being held in police custody for aiding in the transfer of an illegal substance.

When packages are shipped through Fed Ex or UPS, they no longer hold the same promise of privacy thanks to the fourth amendment of the Constitution. According to the amendment, once a third party takes possession of a package, it is no longer protected against privacy infringement and can therefore be searched.

Even USPS, a government-funded facility which requires all employees to possess a search warrant to rifle through someone else’s package, has ways of busting people for the illegal shipment of marijuana. According to the Leaf Online, when a package is suspected of holding drugs, employees will notify local law enforcement who will then dress as postal workers, deliver the package, then nab the recipient as soon as the package is accepted. Penalties for shipping or receiving marijuana in the mail include jail time and hefty fines; penalties increase drastically as the weight and number of transactions rises.

Shipping a stash is risky for all parties. Photo credit

The Better Way to Get Marijuana in Your Hands

Ten years ago, people would never have imagined that they would be able to live in a place where marijuana is legal. Today, more people than ever are making their mark in the ever-expanding cannabis industry. But the right for people to consume cannabis and make a career out of it did not come by idly waiting in the shadows for a sack of weed to arrive; it happened because thousands of people stood up for reform, and because thousands more continue to do so. And it can happen in your state, too.
It is imperative that we vote for candidates who support marijuana reform, and that we support future marijuana initiatives. We are in the wake of change and we control the momentum of the movement. Let your voice be heard and always vote pro-pot. In the meantime, be sure to visit 420-friendly states to show your support for marijuana reform (and to get a nice buzz on, too).

Marijuana legalization correlates directly with an increased rate of package seizures. Of more than 2,500 arrests for illegal package shipment in 2013, almost 70 percent were for marijuana packages – a 20 percent increase since 2012. Though many seem foggy on the legal issues concerning cannabis shipment, the federal government’s stance is clear: once it crosses state lines, it becomes a federal offense punishable by fines and jail time.

Though some online distributors insist they’ve got the system figured out, it’s usually best stick to places where you know it is legal to possess and consume cannabis (and where you know you won’t get ripped off). Fortunately, as more and more states join the pot party, successfully scoring legal weed will be as easy as a simple road trip.

Have you ever (or would you ever) buy marijuana online? Tell us about your experience.