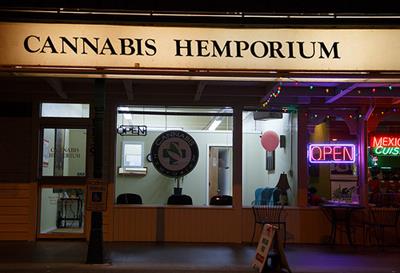 Recent changes in Washington state's drug laws mean that marijuana users enjoy new privileges. If you plan to visit Washington in the near future, this is a good opportunity to brush up on what's different so you can avoid any unfortunate incidents during your trip. Here are the basic marijuana transportation and consumption laws for Washington State:

Yes, marijuana usage is now legal in the state of Washington. With other substances like alcoholic and behaviors such as gambling, there are rules in place to regulate the industry. The obvious one is that everyone in Washington cannot legally imbibe pot. As is the case with alcohol and gambling, only adults can legally partake in marijuana usage.

While state laws apply to Washington's legality, the United States Department of Justice interceded in clarifying that Washington must also enforce the laws for the country in this manner. People under the age of 21 cannot lawfully enter a marijuana facility. So, no minor can visit a pot restaurant, much less work in one.

You now have the legal right to carry marijuana. The law makes no distinctions between visitors and residents. This is slightly different from Colorado, whose law states that visitors can buy only a fraction of the amount entitled to citizens.

How much can you carry? If you're not a member of the voluntary database of medicinal pot users, there is a smaller limit to how much you have the right to hold. It's lawful to possess up to an ounce of dry marijuana, 72 ounces of liquid, seven grams of concentrate, or 16 ounces of marijuana-infused solids. If you sign up for the voluntary database as an infirm person, the amount you can possess triples. So, if you are in need of some medical relief, it's in your best interest to join the database.

For those who aren't clear on how much an ounce is, don't worry. It's a lot. Even the largest rolled joints are nowhere near that size. In fact, a fair estimate is that an ounce of pot equals more than 50 marijuana cigarettes.

Once you own marijuana, consuming it is less straightforward. While the new laws are indulgent toward home usage, you still can't use pot in public sight. If a police officer cites you for public consumption, you'll have to pay a modest $27 fine.

Fortunately, that's not a lot of money and politicians have instructed law enforcement officials to hand out warnings rather than citations as much as possible. In other words, it's like underage drinking on a college campus. It's illegal by all definitions of the law, but cops aren't out to get you unless you're shameless about it. Along those lines, if you're carrying more than the legal limit of marijuana, police officers have the right to seize marijuana and related paraphernalia. Don't antagonize cops. It's just common sense.

Colorado is a state whose surrounding territories frown upon pot. As such, politicians wrote their laws to discourage interstate transportation. Washington has no such concerns, so you might expect that their legislation is much more liberal. It's not. Marijuana purchased in Washington is ineligible for transport. There is no looking the other way on this one, either. Any pot taken across state lines represents a violation of the laws of both Washington and the new state, so you can face prosecution twice for the same crime.

Smoking and vaporizing laws in Washington represent a good point of comparison for the recently introduced marijuana initiatives. Note that neither of them are legal in many public places as well. Since 2005, a ban on smoking exists in any building where people are likely to gather. This applies to places of work, as well as public events. The city of Seattle recently went so far as to ban smoking in all parks.

The state's vaping laws are about to become even more draconian. A recent proposal by state representative Gerry Pollet called for a 95 percent tax on vaping products. Until Washington state politicians ratify that bill, the laws on vaping are currently a grey area. People under the age of 18 can't purchase or participate in vaping, but the existing anti-smoking legislation doesn't apply. In lieu of a state ruling, King County proactively banned vaping in public places.

Washington's hallmark legislation enabling marijuana possession within the state borders has ramifications across the country. If you live in Washington or plan on visiting, the information above should aid you in enjoying legal pot for the first time in American history. 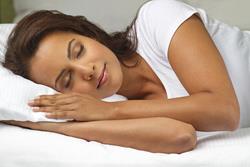 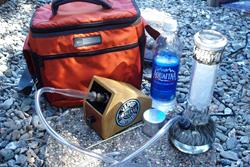