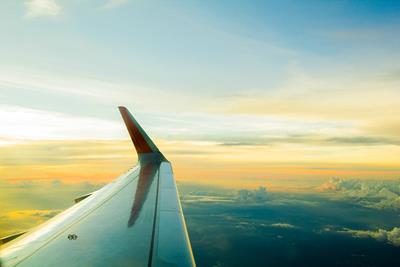 Across the world, the global prohibition of marijuana is incrementally eroding away. Every continent is seeing the change to one degree or another. Even in Antarctica, the question has come up due to its omission in most treaties. Similarly so, another country remains in similar uncertainty. In North Korea, suspicion in recent years has labeled the isolated nation everything from a booming cannabis marketplace to a typical despot-led country that cracks down on such things.

Outside of the more obscure scenarios, we do know about the evolving laws and regulations of some well-known and potentially emerging cannabis travel destinations around the globe. In fact, some of the more perceived cannabis friendly destinations may not be the best places to go for your next trip.

In North America, progression by over half the states will soon be trumped by Canada’s adult use legalization this Canada Day, July 1, 2018. Each Canadian province will have slightly different laws. Regulations impacting age use to online sales to personal use will vary depending on location. In individual provinces, the arrangement of a store’s sales displays and customer access will change. The legal age use will range between 18 and 19. Meanwhile, in the United States, states take similar stances regarding medicinal and adult use laws while contrasting with potentially enforceable government regulations.

In Uruguay, the laws began to progress in 2013 with changes to recreational use.

By 2017, it was selling to citizens in authorized pharmacies. Additionally, each person can grow their own plants for personal use, but only after registering at the post office, just as customers must do. Afterwards, each person is allowed up to 40g per month.

Eight other countries have followed suit in varying forms of use laws. Colombia is seeing rapid changes to decriminalization and medical use allowances. Similar changes occurring to medicinal and cultivation rules are now changing rapidly in South America as well as Central America. In the latter, laws were altered in part to curtail gang violence stemming from the illegal drug trade, similar to Uruguay’s initial motivation in 2013.

An example of cannabis packaging in Uruguay. maurirope

Africa is also seeing progression in places like South Africa where home use was legalized this past March. The country has become a lively center of discussion involving debates and marches. While still illegal, current news shows some signs of reform. This includes internal conflict amongst government agencies. The country surrounded by South Africa, Lesotho, made the first steps in legalizing medical cannabis cultivation. Today, similar discussions across several nations are being held.

Europe still remains the center of cannabis progression, though it may not be the country many associate most with. The Netherlands, while tolerant of cannabis, is still technically illegal. Instead, the freest regulations are in Portugal. The nation's stance isn't very new at this point. Its current drug policy has been in place since 2001 and has received global support, and is often cited as a proof of concept for progressive marijuana and drug policies.

Pockets of the world are slowly evolving their drug laws. Does this mean that tourism is soon on the board? In some cases, yes. In others, you’re better off going to another country that turns a blind eye to cannabis. Much like the laws of the land, your travel plans may alter in the years to come in regards to a marijuana-based vacation.

Is it Time to Book Your Next Vacation?

Just because regulations are changing doesn’t make all of the above ideal travel destinations. In places like the Netherlands, Portugal, Canada and the U.S., noncitizens should have no problem gaining access to cannabis.

Currently in Canada, the last days of the black market being the only option are upon citizens and tourists alike.

However, to be fair, many Canadian cities have been very marijuana friendly. Medical clubs won't sell to non-card holding Canadians. However, the staff and patrons are often helpful in pointing you in the right direction. Tourists also don't have to worry much about the Canadian police. Unless you step way out of line, they'll leave you alone. Expect that to become the norm come July 1.

Much like the Canadian provinces, each of the current participating U.S. states carries varying laws. In recreational states including Colorado, Washington and Oregon, anyone 21 and over with a valid ID can purchase cannabis products. In medicinal states, only card holding citizens can buy their medicine. Some states do allow reciprocity to out-of-state cardholders, but it’s best to check the laws ahead of time before making a trip.

The Netherlands is most known for its coffee shops, but outside of that, it isn't all that great for a cannabis vacation. Small amount possession is decriminalized. However, all purchases will need to come through a coffee shop, and never on the street. Coffee shops are looked down upon by some of the Dutch for their cannabis connotation. This view has led to a steep decline in shops. Still, over 150 locations function in Amsterdam today.

Coffee shops are the only place to consume cannabis in the Netherlands. Pierre

Decriminalization hasn't set up marketplaces in Portugal as we would expect in the U.S., Canada or even like the coffee shops in Amsterdam. Instead, Portugal's decriminalized drug policy makes it possible for you to buy cannabis in supplement stores or from street dealers. However, street buying is a risk in Portugal just like most other places. While you may find better prices, you run a chance of getting robbed by pickpockets.

Other locations around the world come with their own pain points despite making progress with cannabis.

In Uruguay, you can buy your products at the state authorized pharmacies. Noncitizens won’t be able to participate in the market through pharmacies. However, the easygoing nation has no problem with tourists accepting gifts from other citizens. In places like South Africa, the legal status of cannabis continues to be debated. However, most report that the police tend to overlook its sale – although some have noted getting caught and their desire to never see a South African prison again.

While these nations are noted for being some of the most progressive to cannabis, that doesn’t mean your vacation planning should only include those destinations. Despite having harsh punishments, police in several Asian countries have been known to look the other way. Cambodia is often mentioned as one of these locations. However, your due diligence is required before planning your trip. And you must understand the inherent risks that come with violating rules in such countries.

As the world progresses with cannabis regulations, more of the world could become viable destinations for cannabis. With picturesque views, vibrant cultures and good strains to consume, more of the world should open up to this brand of tourism in the years to come.

Do you have a dream cannabis destination? Where is it and why would you like to go there? 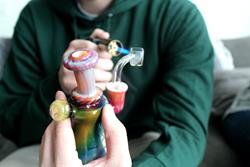 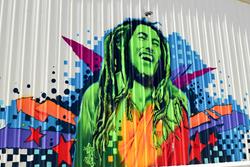