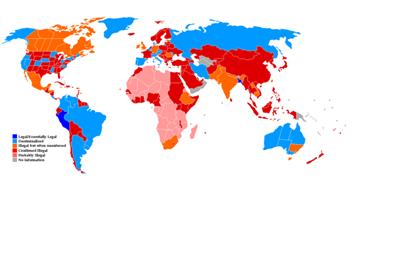 The United States loves its marijuana. In 2013, almost 20 million people admitted to using cannabis despite its then illegal status across most of the nation. As marijuana reform continues, it’s expected that even more Americans will jump on the bandwagon, making the US one of the most pot-friendly places in the world.

But we’re not the only ones who love weed. Illegal or not, there are many other places across the globe that love marijuana as much as we do.

Here are a few other stoner countries that you should know about, too!


Jamaica is well-known for its ganja consumption which is used to both medicate and meditate. Jamaicans of all ages consume cannabis, often in the form of a tea, as a medical supplement to build strong bodies and peaceful minds. It is also a common “right of passage” for young men who must prove their loyalty to the group through consumption.


Cannabis in Jamaica is also a religious sacrament. The Rastafarian religion uses ganja to improve faith, mediate group conversations and offer peace to those who use it. Though not all Rastafarians consume cannabis, more Rastas use cannabis in Jamaica than non-Rastafarians. Overall, an estimated 9.86% of Jamaica’s population consumes cannabis.

The Netherlands is home to one of the most well-known marijuana tourist destinations in the world: Amsterdam. Though technically illegal, small amounts of cannabis can be sold in “coffee shops” in the area to either be taken home of consumed on site. An estimated 90% of marijuana sales in the Netherlands are made by tourists or roughly 1 million people per year.

This “soft drug” policy is designed to reduce the number of black market marijuana sales. Though successful to an extent, restrictions on cultivation have created a “backdoor” market in which shops must illegally purchase large amounts of cannabis from unauthorized dealers to sell in shops.

The earliest mention of cannabis can be found in The Vedas, or sacred Hindu texts, as many as 4,000 years ago. The Vedas claimed cannabis as one of five sacred plants intended to create joy and compassion in users while decreasing stress and anxiety. The Hindu god, Shiva, is often associated with cannabis, or Bhang. Credited for its discovery, Shiva is commonly referred to as the Lord of Bhang.

The most popular way to consume cannabis in India is through oral ingestion. It is often combined with nuts, spices and milk or cream then consumed as a drink, or it is rolled into balls and eaten.

Cannabis buds are called ganja in India, and hash is called charas. Both are smoked in pipes called chillums and are typically shared between two to five people. The process of smoking ganja in India is a very social activity.

As conservative a country as North Korea is, their stance on marijuana seems quite liberal. In fact, North Koreans don’t consider marijuana a drug at all which means there is absolutely no regulation on cannabis use and cultivation in the area.

Though cannabis, commonly referred to as ip tambae (leaf tobacco), can be found growing freely along the roadside in North Korea, it is significantly less potent than the bud you might find elsewhere. It is also a common garden plant that is used as medicine or simply as a way to relax after a long day’s work. Cannabis consumption in North Korea is most common among lower class individuals because it is cheap and easy to cultivate.

Malawi is a country in southeast Africa and the second-largest producer of cannabis on the continent. Though illegal in Malawi, the climate is ideal for cannabis cultivation, and the impoverished nature of the country make the quick and easy turn-around hard to resist.

Cannabis is the third-largest export in Malawi with most of the product going to surrounding areas like Zimbabwe and Mozambique. It is typically packed and sold in corn husks for around $50 per ounce, making it very attractive among the poor community. (All other street drugs are significantly more expensive.)

Across the globe, marijuana has been shown to heal, foster community and provide economic stability to otherwise impoverished countries. With any luck, marijuana reform will spread throughout the planet to bring countries – and the various cultures within them – together in peace and harmony.

Have you experienced cannabis culture in other countries? Tell us what you’ve learned. 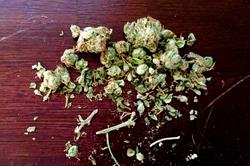