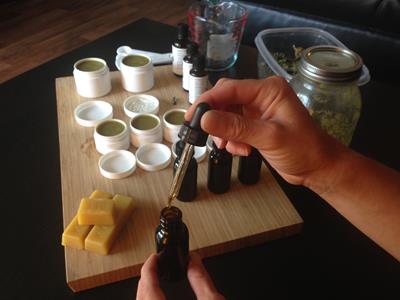 Of the many ways to administer cannabis, by far the safest method is through topical application. Though it will not produce the characteristic "high" associated with either eating or inhaling it, cannabis creams and ointments can be a very effective way to get beneficial cannabinoids into the cells that need them the most.

Though research on the subject is minimal, one study, published by the US National Library of Medicine, found both CB1 and CB2 receptors to be located in many areas of human skin, including hair follicles, sweat glands and nerve fiber bundles. This finding implies that the chemical compounds found in cannabis can directly affect these receptors without requiring a pass through the blood/brain barrier thus keeping the user from feeling "stoned".

Topical cannabis is becoming an increasingly popular option for those who wish to avoid the psychotropic effects of cannabis (or those who might otherwise be sensitive to them such as pediatric and elderly patients) because it has the same therapeutic benefits for pain and inflammation without the high. In 2010, Gw Pharma patented the idea, noting its apparent therapeutic benefits.

"It has previously been shown that cannabinoid-containing plant extracts can be used either alone or in combination to usefully treat various diseases and conditions. These data presented herein provide evidence for the use of cannabinoid-containing plant extracts for the treatment of diseases and conditions that are alleviated by blockade of the TRP channels."

Evidence suggests that topical cannabis could treat a multitude of additional ailments including migraine pain, psoriasis, menstrual cramps, excessive itching and bug bites. Just remember to avoid contact with eyes and opened wounds when experimenting with topical cannabis, and seed medical attention for anything that might be serious.

Topical cannabis has proven to be a very beneficial medication for many different ailments. If you would like to try topical marijuana for yourself, simply make your own tincture using either alcohol or lipids. First, decarboxilate your weed at a temperature of around 200 to 300 degrees to bring out the cannabinoids, then either cook or soak the cannabis for the required amount of time. From here, you can add creams and fragrances, or begin using it as is.

If you would rather leave the process to the professionals, check your local dispensary for available products such as Apothecanna or Mary Jane's Medicinals. These "high" quality products are an affordable, consistent way to get cannabinoids into the body without risking the high.

Have you ever tried topical cannabis? Tell us about your experience. 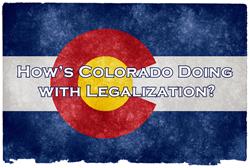 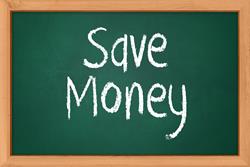 How NOT to Pay Full Price for Recreational Weed

How NOT to Pay Full Price for Recreational Weed