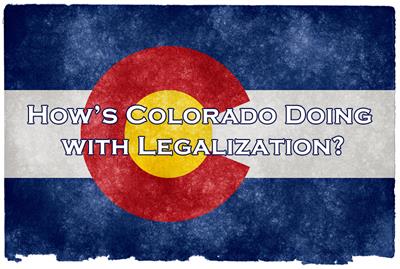 When Coloradans voted to legalize marijuana in November 2013, it was a huge leap into the great unknown.

Now, two calendar years later, most Coloradans will tell you they still support legalization. As with any great change there are some growing pains, some pros and cons. The positivity and negativity of which can change on the daily. Seriously, even coming from someone whose job entails keeping abreast of current marijuana events, there has been so many reports published just in the past week alone that it's hard to keep up. Luckily, we're here for you.

Now, let's dive in to the most pressing and big ticket legalization issues at hand. Each will be rated overall positive (+), negative (-), or neutral (0), in an attempt to quantify what 'successful legalization' really means for Colorado.

First, it was Nebraska and Oklahoma suing Colorado on the grounds that state law cannot override federal law, despite the President saying he would no longer pursue these avenues. Now, it's a Washington D.C.-based organization suing over racketeering charges. Until the decisions in these cases are come to, they are merely talking points in a large political discussion.

Hard to imagine these lawsuits produce changes to Colorado's marijuana legalization. Nothing to concern with until they do.

I was recently made aware by my far more intelligent girlfriend that “talking turkey” is not as commonly known as a colloquialism for discussing money as I thought, so figured I'd get that out first and foremost.

The only one you really need to know is $76 million in tax revenue. To put that into perspective, there are policies in place that allow for only $26 million to be use as tax revenue and the rest must be given back to Coloradans. That's right, Colorado is making SO much excess tax revenue that they literally might have to give some back. This is in addition to revenues already set to stream most notably to public schools. If politicians play their cards right and distribute this tax revenue appropriately, the growth potential is astronomical.

More money than Colorado can even handle? No brainer.

Dealing with the FEDs

Last week, two U.S. Representatives from Colorado proposed 2 separate bills to Congress that would, in effect, legalize adult-use marijuana at the federal level. Additionally, in December 2014, Congress snuck in a provision to a federal spending measure that all but eliminates federal prohibition of medicinal marijuana. Did you notice? Probably not. And therein lies the point. Had the general consensus been one of discontent for these measures, social media would have exploded with outrage and opinionated ranting. But, it didn't.

As much as the people of Colorado seem not to mind cannabis legalization, Colorado politicians seem to find it off-putting. First, Governor Hickenlooper called the legalization process 'reckless'. Now the new Colorado Attorney General, Cynthia Coffman, believes legalization is 'not worth it'. What!? Read above, Coffman and try that statement again.

To be fair, Hickenlooper did backpedal, subsequently praising the state's boldness to act against a failed drug war, and Coffman was speaking more towards the prevalence of the black market still remaining in Colorado, not the amount raised from taxes. However, the damage has been done. When those tasked as speakers of the people convey messages opposing the voice those very same people, it doesn't look good on either party.

Cap Hill has done some damage to Colorado's reputation.

About the black market concerns Coffman was addressing; yes, the marijuana black market still exists in Colorado, but there are people still making moonshine in the backwoods of the south, rendering this argument mute.

Underage Use and Adult Health Effects

The negative rhetoric from legalization opponents seemed to be centered on these two potential issues. After a year of study, both seem to be overblown. High school-age use is flat since legalization, and childhood use (purposeful use, not accidental use) has actually declined. The health effects on those 21+ is still being studied, but the preliminary numbers show a mixed bag of potential negative and positive health effects. Underage use has not instantly skyrocketed due to a sudden easing of access to marijuana as was the opponent's concern before legalization, and the negative health effects on adults is still neutral and more and more studies are coming out stating the health benefits of marijuana over all other types of drugs.

Since the jury is still somewhat out on health effects…

Despite the ever changing landscape of the pros and cons in the legalization experiment, it's hard to argue against two key facts that indicate successful legalization.

It's becoming increasingly difficult to argue against marijuana legalization, and if Colorado continues to make positive steps like it has since November 2013, there soon may not be any argument, at all. 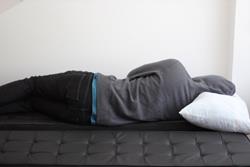 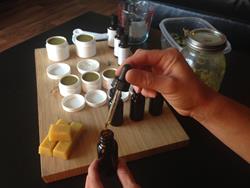