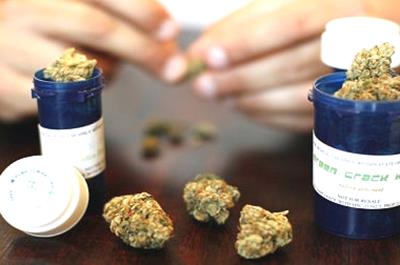 As marijuana continues to gain credibility in the medical sphere, many have begun wondering whether or not their health insurance will cover it. Considering that many medical patients end up spending hundreds of dollars each month or more on a constant supply, it seems only fair for insurance companies to allow it.

Unfortunately, such is not the case. Even in places where marijuana is legal and users have written scripts from their doctors, health insurance companies refuse to acknowledge it as a valuable form of medicine. Reasons for this are largely based on Federal classification of marijuana as a Schedule I substance with a high risk for dependency and no medical value.

Though the House of Representatives voted to restrict the Justice Department from interfering with state-mandated medical marijuana laws last May, insurance companies have been slow to proceed for a number of reasons.

If the FDA cannot approve cannabis without sufficient research, then research there must be! Unfortunately, in order for this to happen, researchers must get approval from the Drug Enforcement Administration (DEA) to both purchase and research the drug, then explain in detail what they will be doing, how they will be doing it and what steps they will take to ensure that the product is secure at all times. The process is lengthy with a lot of red tape, and it doesn’t even stop there.

Researchers must obtain any marijuana samples through the National Institute of Drug Abuse (NIDA) where an unfortunately small number of strains are cultivated. This greatly limits the scope of any research project which can make it even more difficult to arrive at valid conclusions during research.

The U.S. Department of Health and Human Services patented marijuana for its use as a neuroprotectant and antioxidant back in 1998, then GW Pharma patented it again in 2008 for inhibiting tumor cell growth.

If it seems odd that the U.S. government can claim marijuana has “no medical value” while simultaneously patenting it as medicine, you’re not alone.

A 2014 survey showed that the majority of physicians support the notion that marijuana is, in fact, medicine. Of those surveyed, 56% agree that medical marijuana should be legal nation-wide, with the majority of support coming from physicians specializing in cancer, bone and blood diseases.

Nevertheless, as long as marijuana maintains its Schedule I label, insurance companies will be under no obligation to cover medical marijuana or related expenses. Though there some cannabis-like alternatives that insurance will cover (Marinol, Sativex or Cesamet, for example), none have proven to work better than good ol’ Mary Jane.

If you are a medical marijuana patient and need to save money on your medicine, you may have better luck growing your own. Though you’ll need a little extra money to get started, once your plants get to growing, you’ll have a continuous supply of medicine for a fraction of dispensary prices. 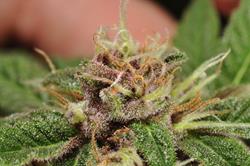 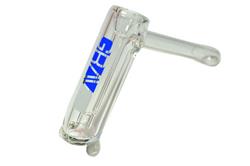 5 Things To Remember When Buying a Glass Piece

5 Things To Remember When Buying a Glass Piece