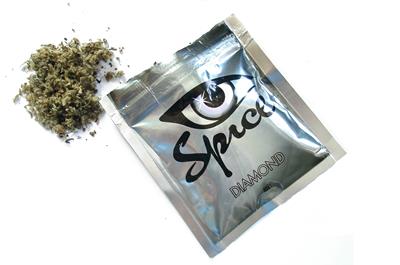 What is Synthetic Marijuana?

Synthetic marijuana is made by shredding harmless herbs until they resemble potpourri. The herbs are then sprayed with various chemicals that bond with cannabinoid receptors in the brain (German test results have shown as many as 100 different chemicals in synthetic marijuana). These chemicals are not fit for human consumption because they bind fully with these receptors causing sometimes profound effects like seizures, uncontrollable vomiting and coma.

Liquid “Spice” is becoming more popular with the rise of vaporizer use, but the chemical concentration may be considerably higher and is therefore strongly cautioned against.

How is Synthetic Marijuana Different from Cannabis?

Synthetic marijuana is sold over-the-counter in many head shops and specialty stores and can be purchased online for relatively little hassle as well. There is no age limit for the sale and the attractive packaging leads consumers to believe that it is, in fact, safe.

Though often labeled as “incense” and packaged with the statement “Not for human consumption,” most people who purchase Spice have heard through the grapevine that it is intended to be smoked instead of just be smelled. This has caused hundreds of people to be hospitalized throughout the nation as a result of Spice overdose. The prevalence of Spice use among high school seniors is around 11 percent.

Because of the many variations of Spice, it is difficult to regulate its production and sale. Though 40 synthetic cannabinoids have been labeled as Schedule I narcotics (thus making them illegal in the U.S.), many more are still finding their ways into our stores where they are labeled as incense and sold to whomever can fork over five bucks per gram. There are currently over 200 synthetic cannabinoids being sold throughout the world with many more in the works.

Protecting Yourself and Your Kids from Synthetic Pot

Man-made chemicals are not as readily processed by the body, however. When a person consumes synthetic chemicals such as those in synthetic marijuana, their body may experience a positive reaction or everything could go terribly wrong. It is important that you and your children know this.

The best way to keep kids from trying Spice is to educate them about it. Talk to your kids about marijuana and other drugs as well, including the designer drug, “Spice.” Remember to weigh the benefits against the risks of all substances and teach them how to do the same so that, when they are faced with the difficult decision of trying something new with their friends, they will be equipped to make the best decision possible for now and for the rest of their long, fruitful lives.

“Fake weed” is not the same as marijuana. Though it may result in similar sensations, the danger is much more real. Protect your kids from synthetic cannabis by educating them about the real dangers it entails. 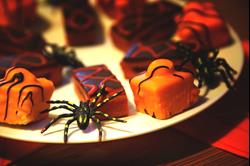 7 Halloween Treats for Your Next Munchie Attack

7 Halloween Treats for Your Next Munchie Attack 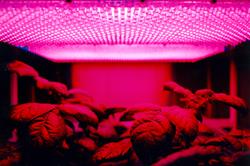