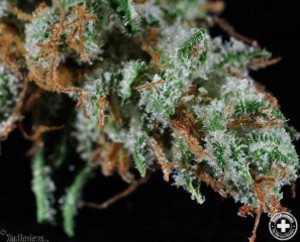 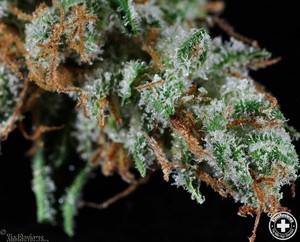 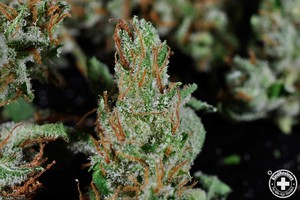 Often referred to as 'the little sister' of Sour Kush, Smelliot is made from the same genetic cross, but is a bit milder and less psychedelic than the Sour.

A bit of a sweeter Kush flavor with strong soil notes dominates, with elements of the sharper pine, fuel, and citrus elements from the smell creeping in at times.

Much like its sister the Sour Kush, Smelliot starts off with a strong package of Sativa effects immediately, filling the head and eyes with pressure and adding some delay to mental activities.  The spaciness continues as the effect builds over the first 15 minutes, culminating in a rush of thoughts and internal energy that makes doing much of anything a bit difficult.  Cerebral and almost racy gives way to a much more relaxing state in the latter half of the duration, with the body calming down and the mind feeling positive and clear.  Recommended for Sativa-lovers who can handle the initial rush — it's a good creativity and mood-boosting strain, making anxiety melt away in the 2nd half.