With the current wave of hemp flower offerings hitting the market, ranging from fantastic to snicklefritz, Plain Jane lands among some stiff competition. For many on the team, smoking CBD is the preferred method of uptake, so we were curious to see what this newcomer had to offer. Organic grown, and claiming to be “plainly the best,” this CBD flower has a lot to live up to. The clean, professional design piqued our interest immediately, but would the flower pass the test?

We took a critical look at the Kush CBD flower to find out. 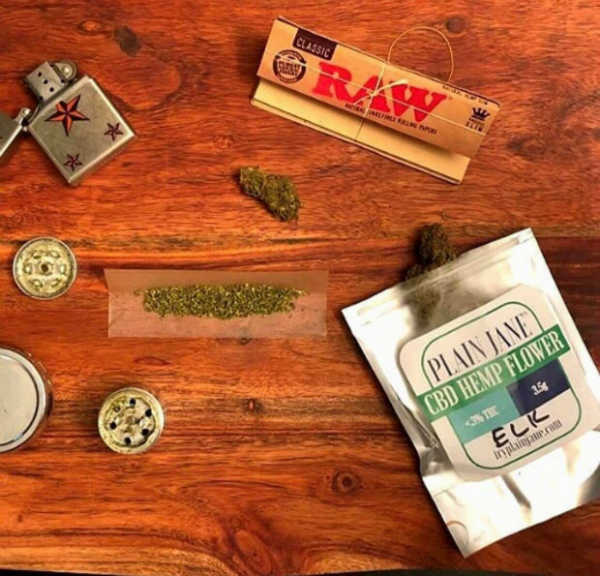 Regarding packaging, some members of the review team are sticklers on design, and others can be – let’s say passionate – about functionality. It can be a bit of an office debate. However, Plain Jane is a rare example of making an effort to serve both. As we’ve mentioned on the site, cannabinoids degrade with light exposure. Though glass jars are all the rage for flower packaging, few producers take the smart consideration Jane did to use colored glass to protect cannabinoids. Jane’s dark-blue jars retain the elegance of glass, while keeping your flower fresh. The lid insert helps reduce air exposure to further prevent cannabinoid degradation.

It’s an answer that is both tasteful and functional, and pleased the whole team.

Of course, all of that posh packaging would mean nothing if the flower looked unappealing. The indoor Kush flower we tried was nice and springy to the touch, with a bit more stickiness than we’re used to seeing on CBD flower. It’s not a perfect hand-trim, but clearly more care has been given here than the typical CBD flower. These look like nice healthy buds with good coloring and a decent cure. You’d easily mistake them for traditional cannabis nugs on sight alone. 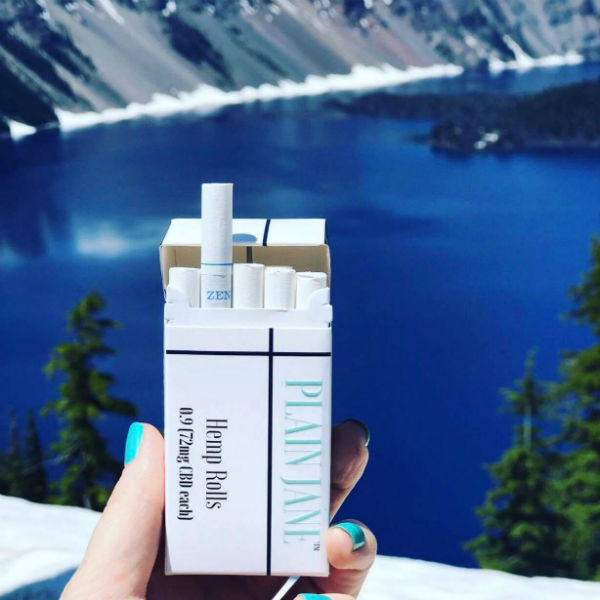 We could smell the flower the moment we opened the box. The terpene profile is quite pronounced, much more than expected. The Kush we sampled was sweet and floral, with notes of lavender, chamomile and eucalyptus. Frankly, it stunk like good weed, which can be a pro or a con depending on what you’re looking for in CBD flower. We can easily see how the smell would get this mistaken for traditional cannabis. If you’re looking for a less conspicuous option, the Kush might not be for you. However, if you went and bought something named “Kush” you probably already know what you are getting into, and these terpenes don’t disappoint. More CBD flower should smell like this. 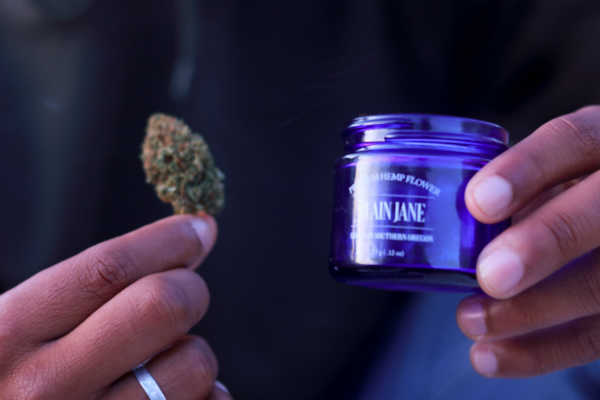 Nice and smooth with a mild, but pleasant taste. Less of the spiciness you might find in typical cannabis, while retaining a lot of the sweet, soft tones reminiscent of lavender and cream. One reviewer commented that they expected a little more on the flavor based on the massive terpene profile, but that was the lone detractor. The overarching experience is, “like weed, but smoother.” Some of the team are prone to coughing when puffing a joint, and found they could puff on this with ease. While many CBD flower products can have a distinct “hemp” flavor undertone that tastes a bit like smoked hay, especially when you get down near the tip, this was nowhere to be found with the CBD Kush. That distinct flavor note is hard to avoid, so extra kudos on that from the team.

Zero psychoactive elements as one would expect with CBD flower, and the rich terpene profile produced more of an entourage-effect than some other CBD buds the team has experienced. The Kush has a nice chill while maintaining decent focus. Relaxing enough to take the edge off of a long day, but no heavy body sensations or drowsiness. 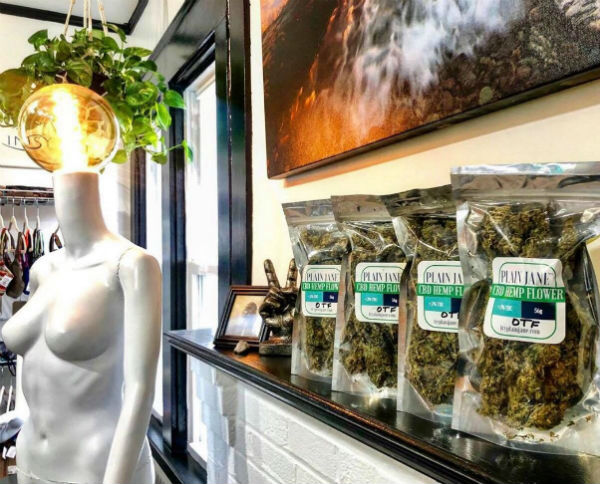 At 16% cannabidiol, Plain Jane CBD flower packs a lot more CBD than some of the low-THC/CBD mixes you’re likely to find in dispensaries, and at a better price. It would be a great option as a standalone smoke for those looking to relax, or to add to your THC bud. In the past, mixing CBD flower with your traditional stock meant compromising on the quality of your smoke. Plain Jane’s superior terpene profile, flavor and bud quality stands up to whatever you’re looking to mix it with; it really does stand out from other hemp flower by a large margin.

With a wide offering of strains and preparations (they also offer a few varieties of pre-rolls that would make any tobacco smoker consider switching), Plain Jane is going to be a distributor to watch. They are clearly at the forefront of quality CBD flower, and their mindful packaging shows they have a better understanding of both their product and the industry than lesser competitors.