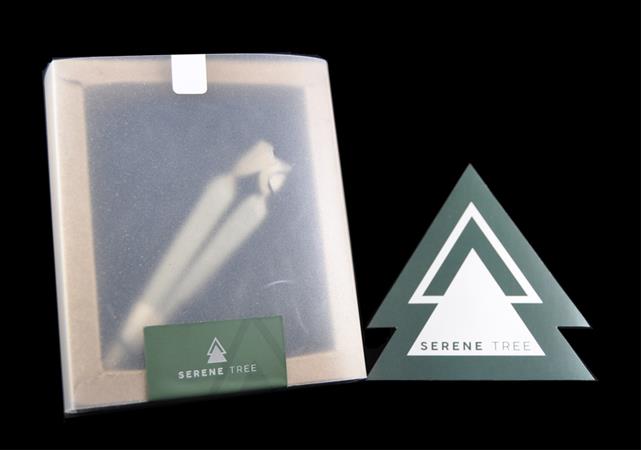 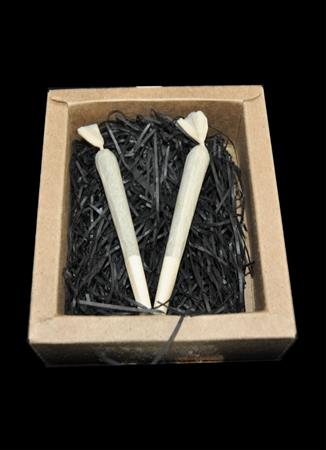 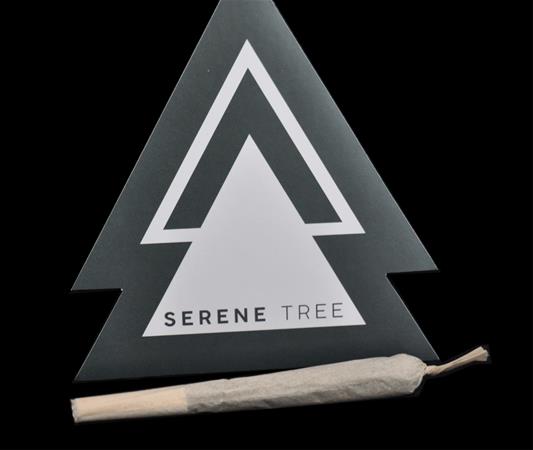 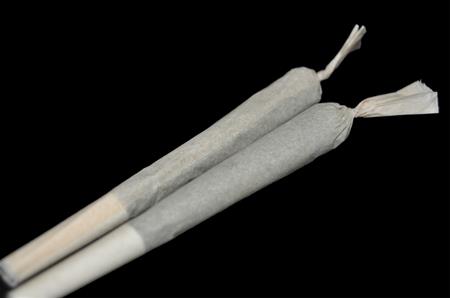 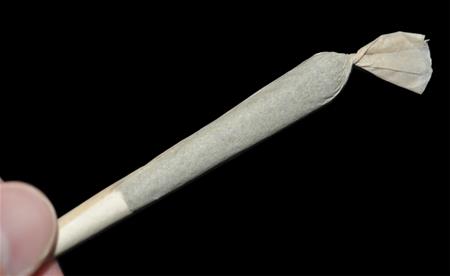 When CBD flower started becoming more widely available after the farm act, a plethora of CBD pre-roll products hit the market. Especially in the early days, CBD flower was largely seen as a means to an end, with a general musty, hay-like flavor that was tolerated more than enjoyed. Now, as growers have turned their full attention to the market, some more impressive and enjoyable CBD flower is starting to emerge. Buds that express the same nuance and subtlety as cannabis consumers have come to expect.

Still, it can be hard to distinguish among the many options, especially for newer consumers. When we saw the classy box of pre-rolls from Serene Tree come across the review desk, it certainly raised an eyebrow of interest. The review team sparked these up over a series of sunny days we’ve had in Denver recently to see what sort of serenity might lie within.

It’s a little different to give a joint an appearance score, but this one checked all the boxes. The joints were clean and neat. We gave them a twist or two to shore up, but that’s to be expected. The paper is good quality, as was the tip. It’s nice to be able to see the joints in the packing, and the design still mitigates light exposure. Aesthetically, the packing is a large improvement over the heat-sealed envelopes that permeate the market; certainly something noteworthy and memorable in terms of brand recognition. A lot of other “joints-in-a-box” options on the market seem to really want to replicate a cigarette or cigarillo pack in some way, and for many people, that’s just not the vibe they want CBD smoking to represent. The Serene Tree pre-rolls are classy and approachable.

The joints smell good for CBD joints and do not give off a very “farmy” or “hay” like smell. However, since they are not strain specific it was tough to distinguish what terpene profiles might have been within the flower. We did notice a light sweet-smelling aroma that hit our nostrils the moment we opened up the box. We tend to feel that anytime you can smell hemp flower through joint paper; it’s a good sign. While not the most pungent CBD we’ve encountered, for those not trying to make the whole house smell, that can be a positive.

Smooth and clean with some pleasant terpene notes. Just like the smell, there was zero trace of hay taste. One reviewer noted light hints of eucalyptus, maybe some whispers of caryophyllene in the back. Another noted a sweet, earthy and slightly musky flavor, and speculated towards myrcene and humulene content. We suspect this is what caused some of the interesting effects (more on that below). Once lit, the flavor diminished slightly, however was still above average for CBD joints. The earthy flavor took over during our smoke session and as the joint burned became less and less apparent. The joints burned quite nicely though, and were smooth to take in with no unpleasant throat sensations on the exhale. A woody, hemp-rich flavor is the main taste taken in during the experience, which we found to be pleasurable.

Here is where these really stood out from other pre-rolls. Serene Tree’s flower was noticeably more uplifting than other CBD pre-rolls we’ve tried. There’s the expected calm, but also more of a focus and energy boost than usual, a welcome surprise for a CBD joint. To the team’s experience, a lot of CBD flower tends towards sleepiness and a subdued sensation which, while excellent for sleep and relaxation, isn’t always ideal for activity or focus. For those that like to mix THC with their CBD, one reviewer noted that coupled with a .4 gram bong hit of Sour D, the CBD helped take that racy edge off and allowed their body to focus on the sensation of the high rather than a wandering mind. Overall, the flower felt like something uplifting and calming at once. Ideal for meditation or reading while still feeling bright and clear.

After smoking a Serene Tree pre-roll, we could enjoy a nice time inside the house or out in the park, and feel equally supported by the CBD. Having such a unique effect profile was a pleasant surprise. These were certainly solid pre-rolls and above average compared to other CBD joints we’ve tried. The smoke was smooth and pleasant, and even our reviewers with higher tolerance got a sense of relaxation (though it took a little more, as is to be expected). Either enjoyed solo, or in combination with other cannabis flower, the Serene Tree pre-rolls gave an even uplift rarely seen in the CBD world, and are noteworthy on that alone. Thankfully, they are a pretty nice puff too.

Click here to check out Serene Tree’s flower selection and try them for yourself!