Due to the increasing amount of cannabis events being postponed around the world, all events found on PotGuide are subject to change. Please contact the event producer for additional information. 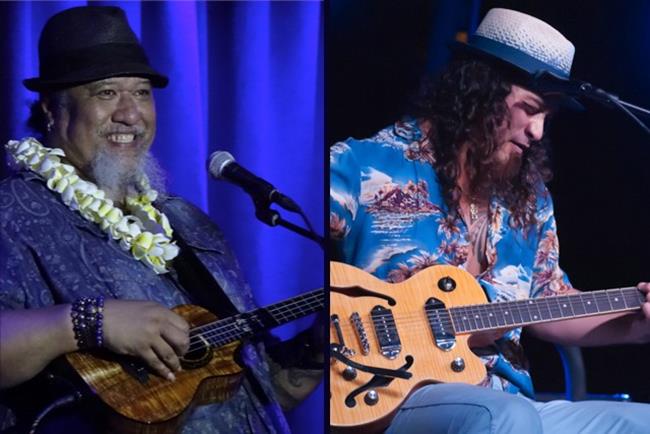 When the Honolulu Pulse said, “Willie K can play or sing almost anything an American audience might ask for,” that wasn’t hype, it was the literal truth. The Hawaiian phenomenon Willie K is undoubtedly the only artist in the world who can go into an Irish pub in the middle of Maui and play anything from indigenous acoustic Hawaiian music to jazz, reggae, rock, country and even opera—and not only get away with it but leave everyone within earshot slack-jawed in astonishment. No less than Prince is a huge fan, calling Willie K a “funky mother#%@&er,” while another avowed fan is a fellow Hawaiian who goes by the name Barack Obama.

Tavana’s blend of singer-songwriter, acoustic-blues-rock-roots music has been captivating audiences throughout the Hawaiian island chain and east to the mainland. His innovative sound has gained him radio play of original music like "Vanster Hop," "Warrior Song," "Still They Want More," "Wino," "Desert Rain" and "My Carnival," quickly gaining momentum among the local scene.

Tavana's unique performances have also garnered the attention of Eddie Vedder, beloved front-man for the legendary rock band Pearl Jam. Eddie invited Tavana to perform the Hana Hou (Hawaiian for "encore") for his two-night sold out solo concerts at The Hawaii Theater in July 2009. Their rendition of the iconic island anthem "Hawaii '78" (written by Israel "Iz" Kamakawiwoʻole, 1978) was so moving for Eddie that he and Pearl Jam released the live recording as a single for their annual holiday gift to their first 10,000 fans!

Now carrying this momentum to the continental U.S., Tavana's exciting fusion sound is attracting eclectic audiences from coast to coast. He recently toured several states, performing in established venues such as Stubb's (Austin), The Shrine (NYC) and Skylark Cafe (Seattle). While living awhile in Austin, Tavana was also featured in the high-profile musical showcase SXSW (South by Southwest) 2010 and 2011.