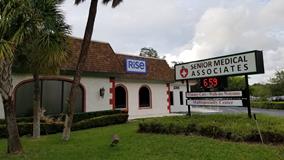 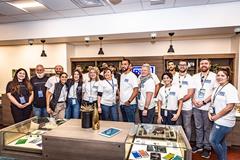 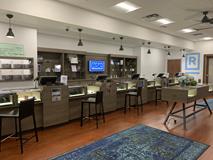 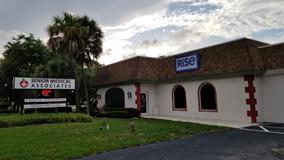 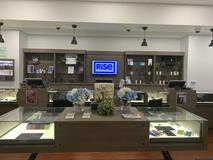 This place is awesome! The people who work there are very helpful and friendly. They were able to answer all my questions. I went on a Monday afternoon and the wait was less than 10 minutes. I highly recommend!
carree anne
My 1st trip today and the Staff was not only friendly but extremely knowledgeable. I had the pleasure of speaking to Bob today and found the perfect meds for me! So happy to find RISE! The quality,and prices can't be beat!
Robyn Thompson
I'm tremendously excited for this new company. I would like to personally praise the Deerfield Beach location for their outstanding customer Service all of their employees are amazing I would like to point out that the employees named angel and Nicole are excellent you ever need anything ask for them. ??. I hope the Deerfield Beach trulieve location sees this because I would like to let you guys know that was the biggest mistake you ever made letting Nicole go.. she is an excellent employee . Glad Rise was smart enough to hire her. ?? Anyway being a middle aged woman not knowing much about the products and how to use them these employees made you feel comfortable. Rise doesn't rush you out of there like the other competitors do and they don't act like all they want is your money they actually act like they care about the people and the product that they are trying to sell, also glad that they don't hire a bunch of young people That look like they haven't slept from going out to the club the night before . Also Russell and the delivery team very polite courteous and on time! ?
Jennifer Block
Real nice. Mellow place. Very helpful counter staff. Nicely different products and strains. 25% discount for VETS!
Stephen Kamman
As a newly minted patient I checked around where I should go to fill a prescription. I really had no idea what to expect, much less where to go. I did some searching, realized most places had a good reputation, so I went with RISE, as it was in my part of town. I pulled in to the parking lot of the unassuming place. Honestly, I drove by it the first, it's easy to miss. once inside the auto sliding doors in front, I was greeted by a nice gal who asked me to fill out paperwork, doctors office style, in the waiting room. After giving her my prescription and card to make copies, I took a seat. It was a nice hotel, 4 star-esque type lounge. a few other people were there, waiting there turn. For what, I did not know. Considering there was 3 people in front of me, I was happy to have my name called in under 10 minutes. I walked into the secured back room. It looked like a high end jewelry store, with glass cases surrounding the middle part of the room. I as called our by a fella at the center glassed case and he explained the process, the products, and the rates. It was very easy to figure it all out. There was different dosages, and different types of products. Some would specifically relax, and other relax and also provide some energy. Being an active guy, I chose the latter. They had a veterans rate on all goods so that was a nice perk on top of things. And there you go, I was out. They gave me a nice bag with a couple freebies thrown in and I was out the door. I may try a couple other spots in the future for variety, but I know things are good at RISE.
Tim Smith

Other Stores From RISE - Deerfield Beach