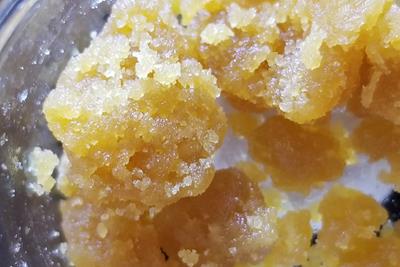 Unless you’ve been living under a rock for the past few years, odds are you’ve heard about cannabis concentrates. These potent cannabis products have been taking the marijuana industry by storm and are the fastest growing sector of the billion dollar industry.

As concentrate sales continue to boom, we are seeing new advancements in technology, equipment and refinement techniques. Because of this, many extraction companies and processors are focused on bringing pure, potent and clean concentrates to market – ensuring patients and consumers alike are able to access the products they need.

With a heightened importance placed on clean and pure concentrate production, many processors are now making sure to remove any undesired plant lipids and waxes from their final products. Doing so allows for clean dabbing with unadulterated flavor and cleanliness.

Currently, there are several ways to remove these unwanted materials from a product, with the most popular being de-waxing and winterization. Both processes have their pros and cons and each, if done correctly, will yield a quality end product. But is one better than the other? Let’s dive a little deeper to find out.

Why Remove Waxes and Lipids?

Before we can delve further into the methods of removing waxes and lipids, we must first understand why it’s so important to rid them from our concentrates. To put it into perspective, let’s use a common example.

You’ve just purchased a gram of concentrate from your favorite dispensary – we’ll say it’s shatter. When you first bought it and brought it home it may have looked pristine with excellent clarity, which is great. But now it’s several days later and you want to take a dab and your concentrate is cloudy and looks more like wax or budder.

So why is your once-beautiful shatter now a cloudy mess? The answer is lipids and waxes. Through a process known as nucleation, or “auto-buddering” as it’s commonly referred to in the cannabis industry, the waxes and fats actually alter the chemical make-up of the concentrate over time and exposure to different elements (heat, oxygen, light), resulting in a cloudy or budder-y appearance.

An example of a quality concentrate free of waxes or lipids.

In addition to the visual appeal of a product, waxes and lipids can also affect the smoothness and the flavor of a concentrate. As you may know, high temperatures are needed to take a dab and effectively vaporize a concentrate. However, waxes and lipids found in cannabis have much higher melting and sublimation points than cannabis extracts, resulting in diminished flavor of your dab and increased residue left in your banger. Even worse, waxes and lipids are not too great to inhale as a vapor and can cause harsh hits that irritate your throat – an experience nobody wants.

Ultimately, removing your concentrate of these impurities will leave you with a much cleaner and more aesthetic final product.

Now that we understand why it’s imperative to rid concentrates of waxes and lipids, let’s move on to the methods used to do so.

At its most basic, winterization is the dissolving of a non-polar substance (hash oil) into a polar solvent (most commonly ethanol) at sub-zero temperatures. Doing so separates the waxes and lipids from the oil, forcing them to collect at the top of the mixture for easy filtration.

Typically, winterization is conducted by mixing ethanol and hash oil into a Mason jar and placing it into a sub-zero freezer. Maintaining such frigid temperatures can prove to be a bit of a challenge though. The good news? There are companies out there specializing in temperature solutions.

Chillers are a great option to help remove lipids and fats from cannabis extracts. JC Younger

Compared to de-waxing, winterization is a much easier process with less risk for volatility. However, because ethanol purges at a higher temperature than butane or propane (the most common solvents used in de-waxing), the final product is susceptible to increased terpene loss. There are ways to avoid terpene loss when winterizing though.

Rotary evaporators are commonly used in cannabis extraction labs and help greatly in reducing terpene loss in solvent purging after winterization. Not only do they effectively purge ethanol from the concentrate, they also recover and collect the solvent for multiple use – saving a dispensary thousands of dollars a year.

De-waxing is a similar concept to winterization in that both processes set out to remove plant waxes and lipids from the final product. What differs in the de-waxing process is the solvent used and the method the lipids and waxes are removed. Both use extremely low temperatures to create insolubility between the cannabis extract and undesirable waxes and fats, but the de-waxing process incorporates a slightly different routine.

As noted above, the de-waxing process is a slightly more arduous task.

However, with advancements in technologies and closed-loop systems, de-waxing is becoming a more popular option in refined commercial extraction operations.

Why? Because there are less steps involved and the cannabis extract can be fully de-waxed all within the closed-loop system – removing the need to add additional steps such as winterization. If you’re unfamiliar, a closed-loop extraction system is the safest way to extract cannabis concentrates as it does not allow exposure to any outside elements.

Essentially, solvent (usually butane) is blasted over plant material and collected within a column. Once the extract mixture is collected, it then moves onto another column used for de-waxing. The mixture is cooled to extreme temperatures (think -20°C and below) which makes the waxes and lipids insoluble in the butane solution – meaning it is no longer able to dissolve and naturally separates. Once this occurs, the mixture is passed through a variety of micron screens, effectively filtering out all undesired waxes and lipids and producing a clean final product.

While this process is pretty automated in a closed-loop system, it’s still crucial that low temperatures are achieved.

Without the correct temperatures, the separation of lipids and fats will not occur and the de-waxing process will be flawed. Additionally, if low enough temperatures are not reached, you risk losing THC and other valuable cannabinoids. To ensure consistent temperatures throughout the entire de-waxing process, some companies use dry ice, but it can prove to be ineffective and difficult to work with.

Which Method is Better?

Ultimately, it all comes down to the needs and constrains of the extraction company. One thing is for certain though, removing waxes and lipids from concentrate is a must for clean, pure products and we’re excited to see how the technology continues to progress! 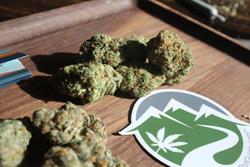 Does Hotboxing Really Get You Higher?

Does Hotboxing Really Get You Higher?