There are more than two million Americans who are registered medical marijuana patients. That number does not take into account those who are either buying black market cannabis, or purchasing on their state’s legal, adult-use markets for medicinal purposes. Needless to say, the actual number of people using cannabis to help health conditions is much higher than two million. If, heaven forbid, one of those patients should get sick and end up in the hospital, they will not be able to use their medicinal cannabis as part of their medical treatment, even if they have a doctor’s recommendation.

Blame It on the Federal Government

Even though a super majority of Americans support cannabis legalization, it is still considered a Schedule I drug. This is an important distinction in the medical field because Schedule I drugs, as laid out by the Drug Enforcement Administration (DEA), are “defined as drugs with no currently accepted medical use and a high potential for abuse. Some schedule I drugs are heroin, LSD, MDMA (Ecstasy), methaqualone (Quaaludes), and peyote.”

Regardless of whether the cannabis was purchased legally from a compliant business – this includes the non-intoxicating cannabis compound CBD – the hospital cannot “receive, store, dispense, order, or administer any of these substances while dealing with interstate suppliers and/or while accepting federal payments from Medicare, and Medicaid, among others."

Medicare, a government program serving more than 60 million people with hospital and physician services and prescription drugs, serves the over-65 population, as well as younger people with long-term disabilities.Medicare is a mammoth government program, accounting for 15 percent of the federal budget. Medicare payouts, or money that went from the government to hospitals and others for these services, totaled $731 billion in 2018.

Medicaid is funded by both the federal government and the state. This program is run state-by-state with federal guidelines, but most Medicaid programs cover some low-income people, families, pregnant women, children, and people with disabilities. Government spending on this program reached nearly $582 billion in 2017. 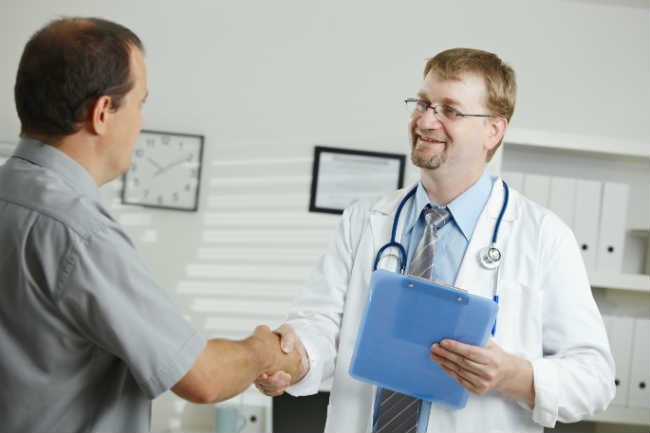 Hospitals are not allowed to administer any drugs not approved by the FDA – and medicinal cannabis is not – unless they want to jeopardize their Medicare and Medicaid payouts. That is not going to happen.

There are two cannabis-derived medicines that have been approved by the FDA (Food and Drug Administration) and can be prescribed by doctors.

The first is dronabinol (Marinol), a synthetic form of THC that has been classified as a Schedule III drug, meaning that it has low potential for physical and psychological dependence. Marinol is frequently used by those undergoing chemotherapy, or AIDS patients to help them calm severe nausea and vomiting, increase appetite, and help patients gain weight. The other is Epidiolex, a CBD-derived drug for the treatment of rare epileptic conditions Lennox-Gastaut Syndrome, and Dravet’s Syndrom. Epidiolex has been placed on Schedule V, the least restrictive of all the drug classifications. But these two drugs, when compared to the broader medicinal cannabis benefits, cover very few conditions and help a much smaller number of people.

What Some Hospitals (In One State) Are Doing

Two hospitals, the Mayo Clinic, and the Hennepin County Medical Center (HCMC) have allowed patients to use medicinal cannabis on their property, though the ways they administer the programs are different from one another while still being sensitive to federal law. 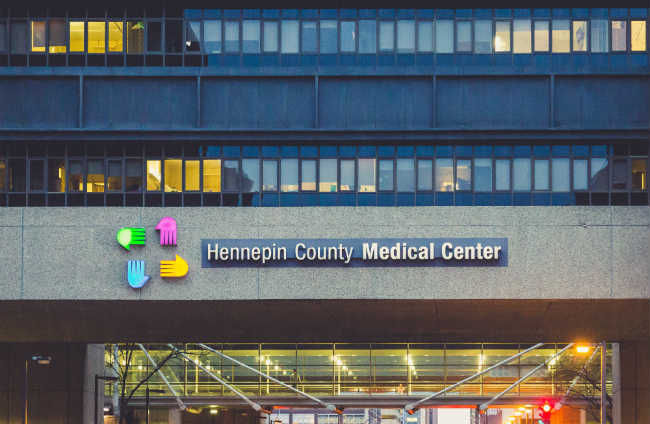 Hennepin County Medical Center is one of two hospitals that allow medical cannabis on their property. photo credit

At the Mayo Clinic, medical cannabis is centrally stored, maintained and administered by hospital nurses, physicians, and pharmacists. At HCMC, the hospital keeps track of which patients use medicinal cannabis, and patients let nursing staff know when it’s time for their medicine, which patients then administer themselves. Only edibles and tinctures can be consumed there, no vaping or combustion allowed. And according to Minnesota officials, so far, both programs have been going well.

Would Insurance Even Cover Medical Cannabis?

There are only two cannabis-derived medicines approved by the FDA, the Epidiolex and Marinol, that a health insurance company might cover (depending on the individual plan, because this is health insurance we’re talking about here).

Medical marijuana patients that work in consultation with their doctors receive recommendations, not prescriptions. This comes down once again to cannabis being a Schedule I controlled substance, so by law, a physician cannot prescribe cannabis. And a health insurance company will not cover any medicine that has not been prescribed by a doctor.

There are some legal cannabis states, like New Mexico, Connecticut, Massachusetts, Minnesota, and New Jersey that are trying to figure out an insurance workaround so patients can be reimbursed for medical marijuana expenses. However, patients actually receiving reimbursement is rare.

A solution would be for the federal government to at least move cannabis to Schedule II (Vicodin, Percocet, and Adderall are Schedule II drugs) or de-schedule cannabis altogether. A Schedule II designation would allow doctors to prescribe cannabis to patients who need medical marijuana the most. And while that designation would still present some obstacles, like having to get a new prescription each time they run out, at least patients would be able to legally obtain their medicine and not have to hide their cannabis use from their doctors, or go without it in the hospital.

Do you think cannabis will ever be universally allowed in hospitals? Why or why not? Share your thoughts in the comments below!