CBD has become quite the buzz word and for good reason: it has shown to reduce pain, nausea, inflammation, spasms, intestinal contractions, artery blockage, tumor cell growth and more all without causing a high.


However, since there are many types of cannabis-derived CBD products on the market made from the same plant as THC (everyone’s favorite recreational cannabinoid) and hemp-derived products with extremely low THC levels, many people are left wondering if CBD will show up on a workplace drug test. Though the simple answer is “probably not,” there’s a bit more to it than that. In fact, some people have even failed a drug test for THC after consuming CBD products. Here’s what you need to know about CBD and drug tests.

There are many reasons an employer might require drug screening – safety, legal protection, improved productivity, or even federal mandates – but the ultimate goal is to determine impairment, not a medical regimen. Therefore, most drug screens are not designed to detect CBD, a non-psychoactive cannabinoid derived from either hemp or cannabis plants. 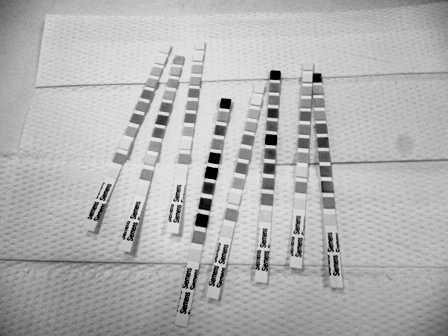 Rather, most employers use either a 5-panel or 10-panel drug screen (some might use 12 panel), both of which test for THC-COOH (what THC turns in to after the body metabolizes it). In addition to THC, the 5-panel drug screen tests for cocaine, opiates, PCP, and amphetamines/methamphetamines while the 10-panel screen also tests for barbiturates, propoxyphene, benzodiazepines, methadone, and propoxyphene. Though the 10-panel test contains more recreational drugs, it also contains more pharmaceutical drugs which have become a growing epidemic over the last few decades.

High Doses of CBD Could Trigger a False-Positive

Because hemp products can legally contain up to .3 percent THC, regularly consuming extremely high doses of CBD products (between 1,000 and 2,000 mg/day, in fact) could trigger a false-positive result. However, it is unlikely that even high doses of daily CBD would surpass the federal limit of 50 nanograms THC metabolite per milliliter of urine.

Please note, a positive test would be the result of minute traces of THC in the body, not CBD.

Though tests are being developed to detect CBD metabolites, most employers don’t really care about it, they just want to know if you get high. That being said, an employer won't be able to tell you were only using CBD if you fail a drug test for trace amounts of THC. That's why it's always important to consider the potential risks before consuming CBD products that contain small amounts of THC. Believe it or not, there are some products on the market without any THC in them, making them great choices for people looking to pass a drug test.  If you need to avoid even trace amounts of THC but still want to consume CBD products, you might want to consider trying CBD isolate.

Medical Professionals Want to Know What Cannabinoids are in Your System

Though an employer’s reason for drug testing is to determine your ability to remain safe and productive at work, a medical professional has a whole different reason: to determine what medications to give you to keep you safe. Non-disclosure of cannabis consumption could alter the effectiveness of sedatives and other pain medications.

Because cannabis and anesthesia are both depressants, mixing the two could make for a dangerous mid-surgery interaction. Though surgeons recommend avoiding cannabis consumption prior to surgery to avoid a miscalculation in anesthesia, some medical professionals will conduct a pre-surgery drug screening to ensure all chemicals and medications floating around in the body be identified prior to putting you under.

Because many cannabis consumers don’t always have a clear idea of the specific cannabinoids they are ingesting, some researchers have suggested testing for both CBD and THC (in addition to other narcotics) as part of standardized pre-surgery testing procedures.

Many Employers in Legal States are Looking Past Positive Cannabis Tests

Though it’s still legal to test for cannabis in 420-friendly states, many employees have begun to look past results that test positive for THC. Largely due to the shrinking pool of eligible employees (because, let’s face it, if you can smoke weed, you probably will smoke weed at some point, right?) and largely due an inability to determine cannabis impairment on standardized tests, a growing number of employees are opting out of the cannabis-free workplace mentality. 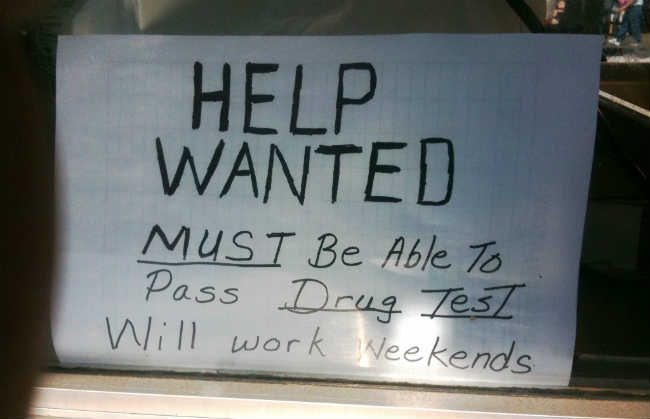 If you or someone else gets hurt on the job and the company is expected to pay for it, however, a pot-positive test could result in some sort of disciplinary action though only if it contains THC-COOH and only if the workplace drug policy outlines the consequences in advance. Check your local and state laws for details.

CBD has become a popular therapeutic tool throughout the country because of its wide range of benefits. However, because it is often associated with cannabis and THC, many people are reluctant to try it for fear of workplace repercussions.

Ultimately, the consumption of CBD products (with only trace amounts of THC), will usually not show up on standard drug screens as CBD is not an indication of impairment. However, because the trace amount of THC might trigger a positive test result, people who are not willing to face the repercussions of a failed drug test should probably refrain from consuming any CBD products. Though we always recommend full disclosure to medical professionals regarding cannabis and/or other medications, CBD consumption alone is not commonly grounds for workplace discipline. Check your workplace drug policy for more information.

Do you have any tips for passing a drug test that you’d like to share with our readers? Why You Should Check Out a Cannabis Tour This Summer

Why You Should Check Out a Cannabis Tour This Summer Cannabis and Movies: Which Strains Pair Best with Certain Genres?

Cannabis and Movies: Which Strains Pair Best with Certain Genres?