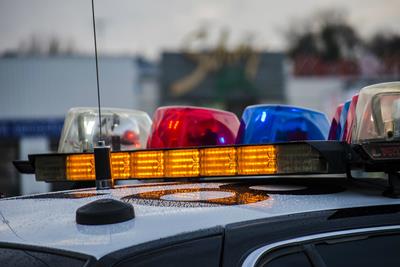 The sweeping process of marijuana legalization has made the rules regarding traveling with cannabis a bit hazy. On the one hand, weed is now legal in more than half the US states which means you can pick it up from a dispensary and bring it home in your car – legally (albeit with a few restrictions). But what about traveling across state lines with legally-purchased cannabis?

The fact is, even if you’re traveling from one legal state to another bordering legal state (like from Washington to Oregon or California to Nevada, for example), it’s still federally illegal to bring your stash with you, and may even be considered federal drug trafficking.

So before you stash your sack in the trunk to bring some legal cannabis home with you, consider the implications your actions might have.

Technically speaking, you could get in major trouble for taking weed across state lines because those borders are federal jurisdiction. Does this mean you’ll get nabbed by the DEA as soon as your wheels cross state lines? Probably not – the feds don’t have the time or energy to invest in petty cannabis transportation – but that doesn’t mean it won’t happen, or that you wouldn’t be in hot water if it does.


Attorney General Jeff Sessions (a notorious anti-pot crusader) has recently instructed the DEA to ramp up penalties for even petty drug offenses including cannabis since it is still federally illegal. While some insist that this move will backfire by prompting local governments to turn in favor of marijuana reform, the fact remains that the legal infrastructure surrounding the industry (especially on a federal level) is still volatile and could result in unnecessary penalties for civilians looking to consume cannabis with some friends back home. 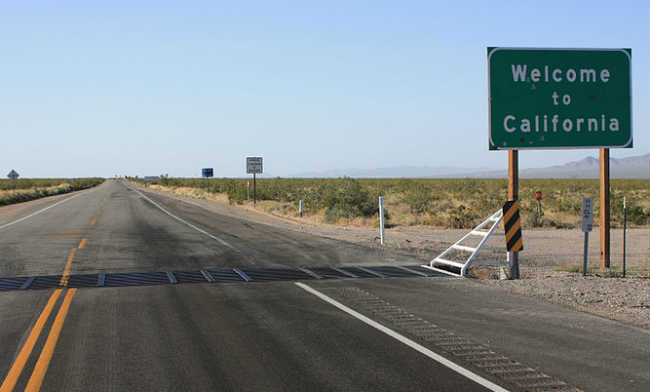 Just last month, an elderly couple was arrested in Nebraska for transporting 60 pounds of cannabis from California to Vermont. The cannabis was confiscated, and the couple given two citations: one for marijuana possession with intent to distribute and another for not having a tax stamp (incidentally, the couple was arrested again just a few days ago on the same stretch of highway carrying more than $18,000 cash, but that’s a whole other issue all together).

Most people aren’t trying to move 60 plus pounds of marijuana, but even small quantities can make for some big legal headaches. Though the penalties will vary, they could range from simple product confiscation to federal criminal prosecution which vill vary based on the location of the stop, the amount of product, and whether it is the first offense. The DEA lists drug trafficking penalties on their website for quick reference.

Don’t Go Near a Border with Cannabis

If you think interstate travel with cannabis is risky, then don’t even think about crossing national borders! Even when traveling straight to a legal state, if caught by border patrol transporting marijuana or cannabis-related paraphernalia into the states, your stash could be confiscated, you may have to pay a fine, and you could be banned from entering the country, too!

According to Jaime Ruiz, spokesperson for Customs and Border Protection in Canada, "A violation, conspiracy to violate, or simply an attempt to violate any U.S. state, federal, or any foreign government controlled substance law renders a foreign national inadmissible to the United States." In other words, just admitting you plan on getting high in the states could be enough to keep you out altogether. 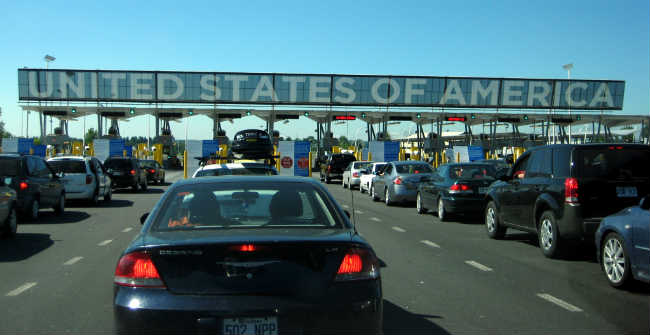 Transporting cannabis across the border can result in steep punishment. photo credit

Paraphernalia is also illegal to transport in and out of the states, even if it contains no cannabis whatsoever. Our friends at Stashlogix, a Colorado-based company specializing in secure, odor-resistant packaging, learned that the hard way when more than 1000 of their bags (more than $15,000 worth of product) were confiscated.

Though the company works hard to ensure the safety of cannabis consumers and their peers (pets and children, specifically), the fact that their products are produced in Canada and shipped to the U.S. was reason enough for confiscation at the border according to DEA guidelines.

Cannabis legalization has come a long way over the past few decades, but we still have a long way to go. As long as marijuana stays on the list of scheduled substances, it will remain the focus of tight scrutiny, and innocent consumers will continue to play the pawns while we figure out the logistics of it all.

If you’re thinking about planning a 420-friendly vacation or road trip, don’t risk traveling with your stash to the next great spot unless it is within the borders of a single state (and never on federal land like state parks). If you must bounce before your stash is cashed, we’re sure you’ll be able to find plenty of locals willing to help get rid of it for you.

Have you ever had troubles traveling with weed? Tell us about it in the comments. 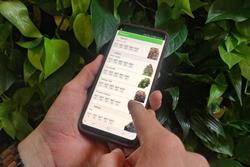