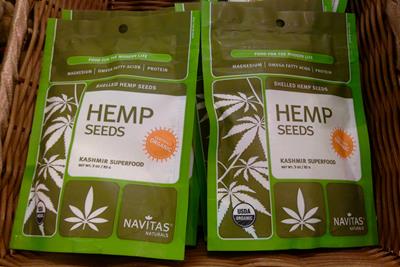 The cannabis market is bound to be huge – outpacing the NFL and organic foods according to some projections. There is another cannabis-based product that could be bigger than legal weed, however. Because of its versatility and positive environmental impact, in only a few short years, the hemp industry might just become larger than recreational or medical cannabis.

Hemp, which is also derived from the cannabis sativa family, is distinguishable from “marijuana” because of its low THC level. In order for the plant to be considered hemp, it must have a THC content of less than .03 percent which means that hemp, no matter how much is consumed, will never get a person high. Nevertheless, hemp-based products are growing in popularity as a key ingredient in things like textiles, medicines, building materials, office supplies, fuel and much more.

Popularity of Hemp in America

Hemp has been cultivated in America since the early 1600s when it was used primarily as a fiber source. In 1938, America adopted the Marijuana Tax Act which barred farmers from cultivating any cannabis products without the explicit consent of the federal government. Unfortunately, due to its Schedule I status (because of a poor distinction from cannabis) industrial hemp cultivation in America remains sparse.

Though the US Agricultural Act began permitting the industrial cultivation of hemp in 2014 pending state and federal approval, its relationship with cannabis has made it difficult to acquire.

This is unfortunate considering the amount of hemp products Americans consume. According to the Agricultural Marketing Resource Center, hemp products generated $581 million in revenue in 2013, most of which being imported from China and Canada. At a time when our national budget is suffering as much as it is, it doesn’t make sense to keep sending that money to other countries when we could keep it here where we need it most.

Of course, the benefits of hemp cultivation and consumption go far beyond its positive economic impact. Hemp is one of the most – if not the most – versatile plants on the planet with applications ranging from low-cost fuel, nutritional snacks and supplements, durable textiles and energy-efficient building materials. In fact, according to a Congressional Research Service Report (pdf), hemp can be used in more than 25,000 products! And, because CBD (a highly medicinal, non-psychoactive chemical found in cannabis) is found in abundance in the hemp plant, it can help improve the health of many Americans, as well.

While many of us have been rallying behind cannabis for medical and recreational reasons, playing in the background has been the strong, ever-persistent drive for local hemp cultivation. As many as 30 states currently have hemp cultivation laws in place which, per the Industrial Hemp Farming Act of 2015, allow them to either 1) establish industrial hemp research or pilot programs, 2) authorize the study of the industrial hemp industry or 3) start commercial industrial hemp programs.

Perhaps the most promising location for hemp cultivation approval was buried deep within California’s Proposition 64.

While much of the focus on Prop 64 was the legalization of cannabis for recreational reasons, an often over-looked provision legalized the cultivation and production of hemp fiber in the state, as well.

While this is not a unique provision by any means, the shear scope of California’s cultivation potential is huge. Not only is there ample land in the area on which to grow hemp, but the weather is exceptionally optimum there. Hemp products can be produced locally in California with relatively little supplemental help – no grow houses that consume excessive amounts of energy and minimal damage to the land due to hemp’s ability to thrive sans pesticides and supplemental nutrients.

Example of a hemp field in America.

Hemp can also be grown on the same land for up to four grow cycles without depleting the soil and requires one-third the amount of water as cotton. Not only that, hemp cultivation can help clean our environment by filtering out toxins in the air and soil. In other words, local hemp cultivation can make for a healthier economy, a healthier environment and healthier citizens. The pharmaceutical potential of this miracle plant being perhaps the most exciting aspect of it all.

Both cannabis and hemp plants contain the chemical compound Cannabidiol or CBD, but it can be found in higher concentrations in the hemp plant. CBD is of particular interest among the medical community because of its wide range of medical applications minus any psychotropic effects. This is especially beneficial for pediatric or elderly patients, or anyone prone to medication sensitivity.

CBD is so versatile, in fact, that is can help curb America’s dependence on pharmaceutical drugs. From treating pediatric epilepsy to calming anxiety and even mediating the overconsumption of THC, CBD can help Americans live healthy, happy lives free from the grips of addiction.

Americans have been consuming hemp products for years, but its popularity is experiencing an uptick thanks to new research highlighting its medical and industrial potential. As hemp grows in popularity, so too will the demand for hemp-based products. Fortunately, new industrial hemp laws will bring hemp production back home where it belongs. Our economy – and our people – will be so much better off when it does.

Do you think hemp will be a bigger market than marijuana? Why or why not? 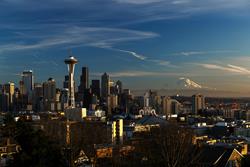 48 Hours in Seattle: A Stoner's Guide

48 Hours in Seattle: A Stoner's Guide 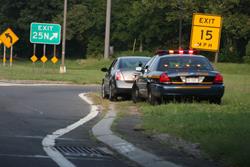