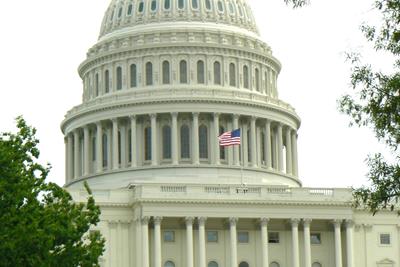 In our grand quest for cannabis reform, we often hear fellow advocates insist that cannabis should be rescheduled. It makes no sense for it to be classified as a Schedule I substance, after all, because contrary to other Schedule I substances like Heroin, LSD and cocaine, cannabis does have proven medical value and only a small chance of addiction.

Unfortunately, proof regarding the medicinal value of cannabis cannot be attained easily to knock it down a classification or two due to strict guidelines regulating research procedures. Not only is it difficult to get approved for cannabis research, for example, but acquiring quality samples is nearly impossible, too, as all cannabis to be studied must come from a single, government-owned location. This doesn’t even touch on the complexities of actually studying the stuff!

Which brings us to our main point: Cannabis should not be listed as a Schedule I substance and it’s time to change it. But what is the best way to go about this?

Before chiming in with the standard “#rescheduleit” response, let’s take a look at what that really means.

What Does It Mean to Reschedule Cannabis?

The Controlled Substance Act (CSA) is part of the Comprehensive Drug Abuse Prevention and Control Act of 1970 (pdf). It is used to regulate the manufacture, distribution and possession of many drugs and does so by classifying certain drugs into categories and regulating each category individually. Cannabis is listed as a Schedule I substance because it is purported to have no known medical value and a high risk of abuse.

But, as most of us already know (including the U.S. government which holds numerous patents on cannabinoids), cannabis does, in fact, hold amazing medical potential – it can help treat epilepsy, PTSD, cancer and depression just to name a few – which immediately implies that it is in the wrong class. However, because the DEA requires that Schedule II substances be well-researched and understood by the medical community, its lack of research is literally blocking it from being rescheduled in the first place. It’s a terrible catch-22 that would be remedied through reclassification.

Rescheduling cannabis to a Schedule II substance or less would improve our ability to research cannabinoids thoroughly. It would increase the number of facilities that could cultivate it for research purposes and help encourage study participants to join and follow through with research. This would lead to a greater understanding of the plant’s medical benefits and allow doctors to prescribe it nation-wide (instead of just “recommending” it like they do now). The people who have a medical need for cannabis would have access to it, allowing marijuana to improve lives rather than jeopardizing them.

Considering all of this, it makes sense to push for cannabis to be rescheduled to a Schedule II or even Schedule III substance, right? Not so fast.

Schedule II substances, which have proven medical value but high risk of addiction (oxycodone, methadone, opium, etc.), are tightly regulated by the FDA. Whereas Schedule I drugs are simply illegal across the board, Schedule II drugs must follow rigorous testing and meet a very specific set of standards before hitting the market. The process is both timely and costly, and would likely push most small-time businesses out of the marketplace all together. Big cannabis companies would take over, threatening a monopoly on the industry and thus price gouges, especially considering that personal cultivation would officially be illegal as a Schedule II substance, as well.

Rescheduling cannabis to be a Schedule II substance would mean the end for home-growing. photo credit

An Alternative to Rescheduling Cannabis

In 2015, Senator Bernie Sanders proposed a bill (pdf) that would remove cannabis from the controlled Substance Act all together. Though the bill unfortunately did not pass, it did make huge waves in our collective understanding of substance classification laws. Descheduling cannabis (removing it from the CSA) would put it in the same category as tobacco and alcohol which are unregulated by the CSA.

Descheduling cannabis would leave the door open for new federal cannabis regulations, similar to those in place for alcohol and tobacco, without forcing us to throw out what regulatory framework we already have in place.

Cannabis has been misclassified since the inception of the Controlled Substance Act. It’s erroneous label has forced many people to suffer needlessly by either not receiving the medicine they need; being punished for using/distributing a plant; or being condemned by family, friends, and employers for medicating and relaxing with a substance that has been proven safe for consumption.

In doing, the FDA has implied that they do not have the best interest of the American people at heart – if they did, they would have tackled this issue long ago. This has led to great distrust and a greater willingness to break established laws.

By removing cannabis from the CSA, we would open the path towards a greater understanding of cannabis (including both its social and physical impact), improve the lives of those who need it for medical purposes, and support an industry by and for the people. It’s important to demand change, but we have to make sure we understand the implications of our demands before we do.

Do you think cannabis should be rescheduled? Descheduled? Tell us why.