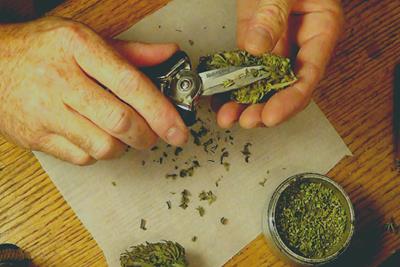 The U.S. sold more than $5.4 billion worth of marijuana in 2015, up 17.4 percent since 2014 (and that’s not even including black market sales) and demand is growing. Some project that, by the year 2019, national marijuana sales could be as high as $11 billion annually. Needless to say, that’s a lot of weed.

To keep up with the demand of this growing industry, many large-scale growing operations are switching from hand-trimmers to machine trimmers which purport to get the job done more quickly and efficiently than human hands, but at what cost?

One of the most important steps in the cannabis cultivation process (and one of the most tedious) is trimming the product. No one will buy marijuana that has not been manicured and some avoid purchasing marijuana with any fan leaves at all. This makes the need for efficient trimmers all the more apparent as pounds and pounds of cannabis get harvested daily.

But pushing buds through the trimming process is timely and expensive. Entry-level marijuana trimmers earn an average of $12 to $15 per hour and can take more than 6 hours to trim a pound of product. Though experienced trimmers can work more quickly than novice trimmers, they also expect a higher pay rate to do so.

Machine trimmers, on the other hand, can process about 9 pounds of cannabis within a single hour. Though the initial price tag is significantly higher (averaging between a few thousand dollars to as much as $15,000 each), sellers insist the efficiency of their product will pay for itself in a matter of days or months. For this reason, many industrial grow operations are opting for machines over people which may be good for their bottom line, but is certainly not good for people seeking work in the canna-biz or for those who just want quality green.

Machine trimmers may also reduce the potency of a product by ripping away valuable trichomes from the bud surface. Many cultivators will then use this dust to make concentrates or will sell it separately for around $20 per gram. In essence, businesses that use trimmers with some level of malintent not only risk ripping off the economy of a solid workforce, but they also risk ripping off the consumer of potency, sometimes even trying to sell it back to them.

Finally, machine trimmers don’t care about what is and is not tossed aside. Some trimmers cannot trim small buds whereas others cannot handle large ones. To make up for this, hand trimmers are often required to clean up buds by hand and reclaim lost product. Machines must be cleaned regularly lest the machine become too sticky to operate and may require lubricant which contaminates trim and reduces its potential to become a concentrate or edible product.

What You Can Do About It

People love weed and cannabis businesses know it. If we allow the standard to be set at mass production by purchasing machine-trimmed, pre-packaged bud, large grow ops will continue to shove their product out without a second thought. But, by insisting that the products we buy be top-quality, hand-trimmed bud only, we can establish our own criteria thus forcing big businesses to meet us where we stand.

The cannabis industry may be young but it’s growing rapidly. As consumers, it is our duty to insist cannabis products be of only the highest quality. We may have to pay a little more to start, but once growers see that consumers prefer hand-trimmed weed over machine-trimmed, hopefully they will adjust their business practices to include our demands and our standards.

If awesome job opportunities and quality cannabis are important to you, don’t settle for machine trimmed marijuana the next time you visit a dispensary. Set your standards high to help maintain the integrity of the industry by avoiding machine trimmed weed and opting, instead, for hand-trimmed every time.

Do you think machine trimmers are a necessary part of large-scale cannabis sales? Why or why not? 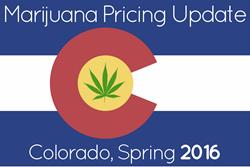 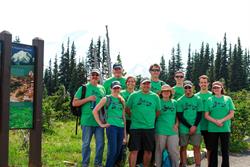