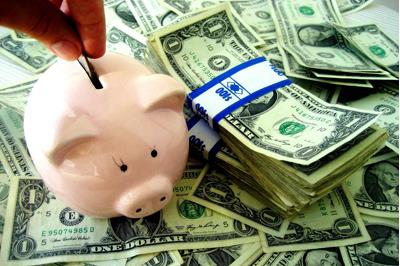 Weed can get expensive. In addition to all of the gadgets, gear and other tools that are needed to maintain this hobby, having a steady supply of weed is pretty important, too. Depending on how much and how often it is consumed, keeping a constant stash of green can cost a lot of green, hence the reason so many people keep asking -- “Where can I find the best deals on marijuana?”

(For our most recent Colorado marijuana pricing report, click here.)

Where to Find the Cheapest (Recreational) Weed

For those who use marijuana on a purely recreational basis, the four states that have recreational marijuana laws are the most obvious choice, but the varying tax structure and other purchase restrictions can make things a bit complicated.

Washington and Colorado tack on a pretty considerable amount of taxes to their recreational marijuana sales. For example, not only does Colorado tax recreational purchases at the standard state and local tax rate, but they also add a 15 percent excise tax to the price of the product plus another 10 percent retail marijuana tax at the end of the sale. Washington’s tax structure is similarly high, though it will tentatively drop to 25 percent by 2019.

When it comes to recreational marijuana sales, Oregon is hands-down the best cannabis tourist destination at this time thanks to its flat tax rate of 25 percent (about 10 percent less than Colorado and Washington). Come September when recreational dispensaries will first open in Oregon, the tax rate will drop to 17 percent, keeping Oregon at the top of the list for recreational marijuana purchases.

There’s a reason so many people suffer from chronic pain in weed-friendly states and it’s not because they work harder or are in other ways less healthy! It’s because medical marijuana is significantly cheaper than recreational bud thanks to limited taxes on the plant. This, of course, is good news for anyone who suffers from debilitating conditions, but also shows that people will go to an extra length to find affordable, high-quality cannabis (even if it means stretching the truth about their pain problems a bit).

The best cities in the nation to find affordable medical marijuana are Denver, Portland and Seattle, all of which have proven that excess supply and healthy competition will invariably drop the price of a product. In each of these locations, the price of a gram of medical marijuana can be as low as five or six bucks compared to an average $15 per gram of recreational marijuana in the same area.

Geographically-speaking, marijuana prices tend to increase the farther east we travel despite the legal medical marijuana market in many of these areas. The reason for the increase could be due to a few factors such as a lack of grow space, strict laws restricting access and excessive handling fees associated with long-distance transport of illegal goods to be sold on the black market.

Though northern California continues to be a prime breeding ground for premium bud, savvy shoppers should still avoid some west-coast cities like San Diego, Los Angeles and San Francisco where even medical marijuana is more expensive than in the rest of the nation according to Dan Nelson, creator of Wikileaf.

Prices Rise Based on Demand

No matter where you are, economics will always play a major role in determining the price of pot. When demand outweighs supply, distributors will jack up the price of a product to get the most return for their efforts.

Of course, things work the other way too: when there is an excess supply or a competitive market, prices will fall to account for the excess and win over the competition. This is the case no matter what the scale: states with legal marijuana laws and ample cultivation/competition tend to have cheaper marijuana than illegal states. The same goes for cities like Denver where competition is fierce, compared to near-by mountain towns where competition is scarce (hence the lower price of pot in Denver compared to places like Breckenridge or Aspen).

Nothing is Cheaper than Free

There are a few states that not only allow recreational consumption of cannabis, but allow personal cultivation as well. In states where personal marijuana cultivation is legal, the most affordable option is always to cultivate it yourself. Aside from a small start-up cost for supplies, once a cannabis grow gets going, it can continue indefinitely by taking clones from mother plants and rotating them every few months into a 12/12 flower cycle. Indoor grow lights can help keep the rotation going throughout the year, but growing marijuana outdoors during the springtime can net a larger individual harvest come August or September.

For something that grows out of the ground and will end up as a pile of ash or compost, marijuana can sure get expensive. Granted, you can take steps to conserve your stash or find discounts on cannabis, but when it comes down to it, knowing where to find the cheapest marijuana in the nation is the best way to get the most bang for your marijuana buck every time.

Where do you find cheap weed? 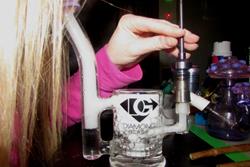