It’s been five years since the infamous “Maureen Dowd Moment,” when the popular journalist had a negative experience eating too much infused candy and chronicled her episode in the New York Times’ Opinion section. Almost anyone who has purchased legal cannabis can easily see where Ms. Dowd went wrong. “I nibbled off the end and then, when nothing happened, nibbled some more,” she writes.  She also notes that, “The next day, a medical consultant […] mentioned that candy bars like that are supposed to be cut into 16 pieces for novices; but that recommendation hadn’t been on the label.” Here, we grow quite skeptical of Ms. Dowd’s account.

Perhaps she purchased one of the very rare poorly labeled edibles to be found in the state in early 2014.  Since then, the cannabis industry has implemented numerous regulatory changes intended to keep such instances from happening.


Ms. Dowd states that for the common “drug of choice,” alcohol, general new users know what to expect and can reasonably handle the substance (though college campuses across the nation are filled with countless examples to the contrary). Most cannabis industry professionals feel similarly about edibles: unfavorable experiences are rare when taken properly. However, while critiquing Ms. Dowd’s experience, even veteran Cannabis writer for Vice, David Bienenstock, who pens the column The Weed Eater, admits to having had personal experiences of improper dosing with edibles. 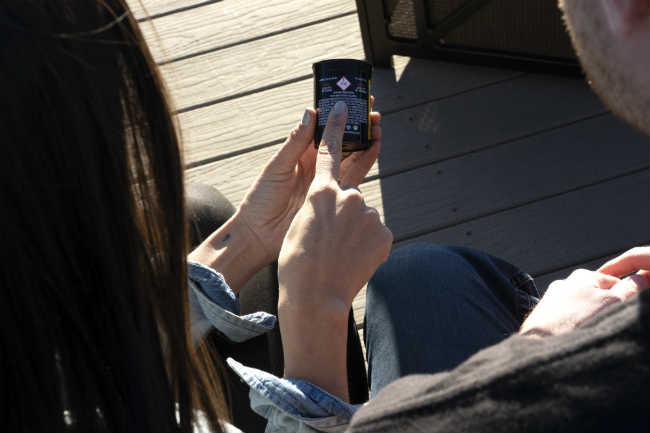 Always consult the label to ensure you ingest a reasonable dose.

It turns out, our bodies are mercurial, strange places, and despite best-laid plans, it is entirely possible to go beyond our personal limits. What will happen when you do eat too many edibles though? Fear not, PotGuide has your back!

What is Likely to Happen (Plus What Definitely Won’t)

Suppose you and a friend have just returned from the dispensary. Your friend is a medical patient and you are not. It takes them 100 mg to get where 10 mg takes you. In some crazy mix-up of extreme haste and utter irresponsibility, you tear into their infused cookie instead your own, and scarf down 10x the edible you were expecting. What happens next?

If you do consume more than your personal limit and end up getting too high, you’re likely in for a few side effects, some of which can feel quite awkward, especially in tandem.

Though the experience may feel uncomfortable, it is foremost important to understand that if you eat too many edibles, it cannot harm you and that, in time, you will begin feeling normal again. As famously stated in a DEA report from 1988, “In practical terms, marijuana cannot induce a lethal response as a result of drug-related toxicity.” 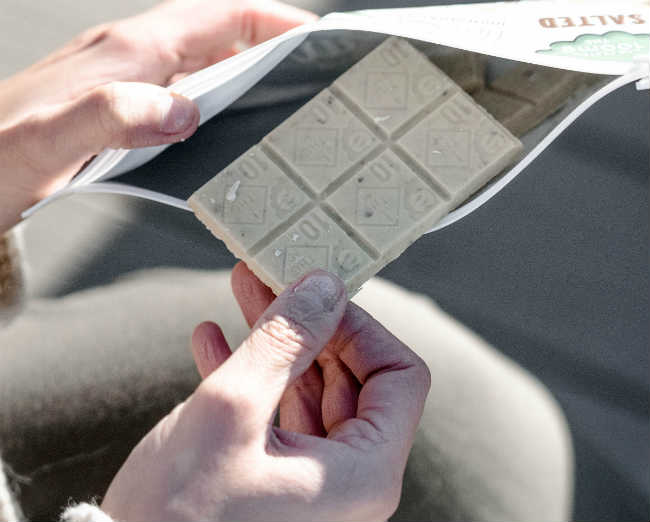 Don't worry, you won't die from eating too many edibles.

This shift in bodily comfort combined with heightened anxiety can induce a mental state that feels much worse than it actually is. Most of us are familiar with the famous “911 cop,” who asked dispatchers if he was dying after eating confiscated product. The only thing he was likely to die of was embarrassment. Understanding that these uncomfortable circumstances won’t cause you any physical harm and are temporary can go a long way in reducing the heightened state.

When you ingest cannabis edibles, the high differs from smoking marijuana because chemically, the body is reacting to different substances. When consumed via smoking, or combustion, the primary cannabinoid that affects us is delta-9 tetrahydrocannabinol. However, the molecule that enters the blood stream as a result of eating edibles is 11-hydroxy tetrahydrocannabinol. Chemical processes that happen in the liver after cannabis is digested transform the Delta-9 THC into this new molecule. 11-Hydroxy THC has more potent hallucinatory and bodily effects than Delta-9 THC, resulting in possible discomfort when taken in larger amounts – especially for those with low marijuana tolerances.

Steps to Take if You Eat Too Many Edibles

If you think you’ve eaten too many edibles, the first thing to do is remember not to panic. It is best to lie down, eat something light, drink water, and take whatever measures possible to achieve a more comfortable body state. Adjust lighting and noise levels; take a relaxing, temperature-appropriate shower. Adjust clothing for better comfort. Some people find it useful to simply tell themselves it will all be over soon.

It’s also important to try and settle in. Edibles can take a few hours to clear the system, and dilated time perception can make this feel longer than it actually is. Try playing some music to distract your mind from counting down the seconds until your high is over – longer songs (jam bands especially) tend to work exceptionally well. You might also find other distractions useful like watching T.V. or talking with a friend.

Everyone’s metabolism works at different rates, but the average time for edibles is four to six hours.

People often resort to common cures for alcohol intoxication after having eaten too many edibles, but these measures are unlikely to help much, and can sometimes make the situation worse. For example, coffee may speed up metabolism, causing the edible to hit harder. If you can’t ride out the high and you must do something, consider consuming some CBD. CBD has been shown to lessen the effects of THC and is also reported to help alleviate anxiety as well.

Among experienced cannabis consumers, a great many have at least one story of an edible gone awry, but few have a second occurrence. The worst part of a bad edible experience almost always tends to be the surprise. On a second go around, the consumer understands what they’re in for and can adjust the dosing a bit accordingly. A little trial and error is definitely needed for the best experience, but as long as you avoid eating too much in one sitting you should be fine! But even if you do eat a little more than you can handle, just use the tips above and remember everything will be okay!

Do you have any tips for people who might have eaten too many edibles? Share them in the comments below! Cannabis and Dating: Why Marijuana and Love Go Hand-in-Hand

Cannabis and Dating: Why Marijuana and Love Go Hand-in-Hand