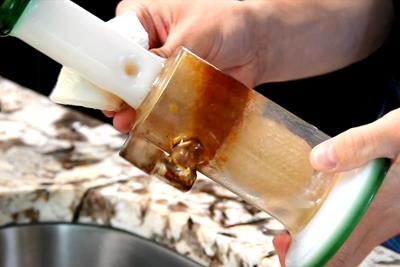 Due to the recent spike in concentrate popularity, many of us cannabis enthusiasts have taken a dab or two by now. In doing so, you may have noticed an accumulation of resin inside of your rig that looks kind of like the dab you just inhaled, only darker. So, what exactly is that goopy resin? The answer is reclaim, and there’s a lot more to it than you may think. What is reclaim you ask? Let’s find out.

Simply put, reclaim is re-condensed concentrate that collects within your rig after a few dabs. Think of it like resin in a pipe. Every time you smoke your favorite dry pipe, more and more resin builds up, right? Concentrate reclaim is the same way, leaving behind more and more after every dab.

When it comes to reclaim, there are essentially two schools of thought: consuming the reclaim or throwing it away. Ultimately, it’s up to you to decide what to do with your reclaim. To make it a bit easier though, we’ve outlined the talking points for both.

How to Collect Reclaim

Collecting reclaim can be accomplished several different ways. There are even attachments for your rig, called drop-downs, which make the process a breeze. To collect reclaim from your drop-down, all you need to do is flip it over and apply light heat to the bottom. The heat will loosen the reclaim and it will fall out, just be sure to have a silicone pad in place to collect it.

If you don’t have a drop-down, you can still collect your reclaim fairly easily. All you need to do is pour some solvent (isopropyl alcohol or grain alcohol works well) in your rig, shake, pour out and evaporate. Once the solvent is evaporated you will be left with a nice collection of reclaim. If you are planning on eating your reclaim it’s probably best to use grain alcohol as your solvent because it is safer for human consumption than isopropyl.

Example of a drop-down collecting reclaim.

What to Do with Reclaim

Surprisingly, there are many uses for your reclaim. And if you’re concerned about potency, throw those doubts out the door. Reclaim actually has a pretty high level of cannabinoids that can get you feeling effects in no time.

According to a study conducted by MCR Labs, reclaim had as much as 65% total cannabinoids remaining. Of those cannabinoids, more than 95% were decarboxylated on average. Because of the high activation percentage in reclaim, you do not need to manipulate it to feel its effects, opening up a wide range of possibilities for consumption.

If you’re wondering what to do with your reclaim, try some of the following ideas:

Taking a dab of your reclaim is an effective way to feel instant effects. After all, reclaim is still concentrate. Don’t expect the flavor to be great though. Because of the heat from the initial dab, most of the terpenes are far gone at this point.

Because it is almost completely decarboxylated, eating your reclaim is a viable option and will produce some fairly strong effects. You can eat the reclaim straight, drizzle it on some food or even capsule it up to avoid any bad taste. Some people freeze their reclaim in little balls and pop them like candy!

Ever wanted to make your own edibles? With reclaim, you can! Just be sure not to cook with temperatures over 350°

There are probably a few more uses for reclaim that we haven’t mentioned, but you get the gist. It’s a pretty versatile substance that can help you catch a buzz in a pinch.

Should I Throw Away My Reclaim?

Let’s change the subject a bit now and shift focus to the opposing argument for reclaim – to simply throw it away. There are many concentrate connoisseurs out there who wouldn’t be caught dead consuming reclaim. It’s kind of like smoking resin from a pipe; the flavor is poor and the smoke is a bit harsh, so why not just consume something fresh? After all, concentrates are all about the terpenes, right?

While it may be less economical, those who don’t consume reclaim might argue that it’s not worth the time to collect the reclaim, or that they simply prefer to take exclusively clean, flavorful dabs. More than likely, people who don’t use their reclaim wash it out of their rigs and down the drains.

Whether you use it or not, reclaim is a part of concentrate consumption. And there’s really no right or wrong way to deal your reclaim either. Eat it, dab it or simply wash it away, the choice is yours!

What do you do with your reclaim? 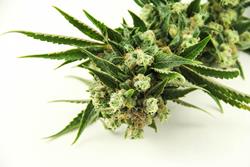 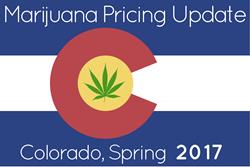