Quick question, what is “larf?” If you don’t know the answer, you’re not alone. While it’s important for any cannabis consumer to know about larf, most have never heard the term. When asked “What is larf?” even experienced cannabis consumers may get stumped.

Despite larf being a relative blank spot in general weed knowledge, larf can make a big difference in your cannabis experience. Whether you’re looking for discount nugs that aren’t low-quality weed, a more mellow high, or you’re trying to maximize your yields as a new grower, larf is something you should familiarize yourself with.

That’s why PotGuide’s here to fill you in on what larf is, how it forms, what larf is good for, and how to prevent larf as a grower.

Larf (which some refer to as popcorn nugs) is the general term for the airy, smaller buds that form on the lower parts of the plant. Larfy buds tend to grow on the parts of the stalk that are closer to the soil, which do not get the same access to light, water, space, or nutrients as their brethren at the higher altitudes.


Because they are undernourished, these wispy, fluffier larf buds also tend to produce less resinous, potent trichomes. Unless you’re a grower or friends with one, the only time you’ll encounter larf is at a dispensary, who may sell larf as discounted “popcorn nugs.” Though any nug, regardless of size or where it grows on the plant, can be “larfy,” (meaning it has a loose bud structure), when referring to larf as a noun, larf generally means these smaller, undernourished buds.

How Does Larf Form?

Whether you’re a home-grower or you make your living growing marijuana, your goal is generally the same: make your plant produce as many dense, potent, resin-glazed nugs as possible. To do this, growers put enormous amounts of care and attention into making sure that every part of every plant gets just the right amount of light, water, nutrients, and airflow. In return, each plant will devote all their resources into growing fat, dense, dank, glistening buds in their upper branches. 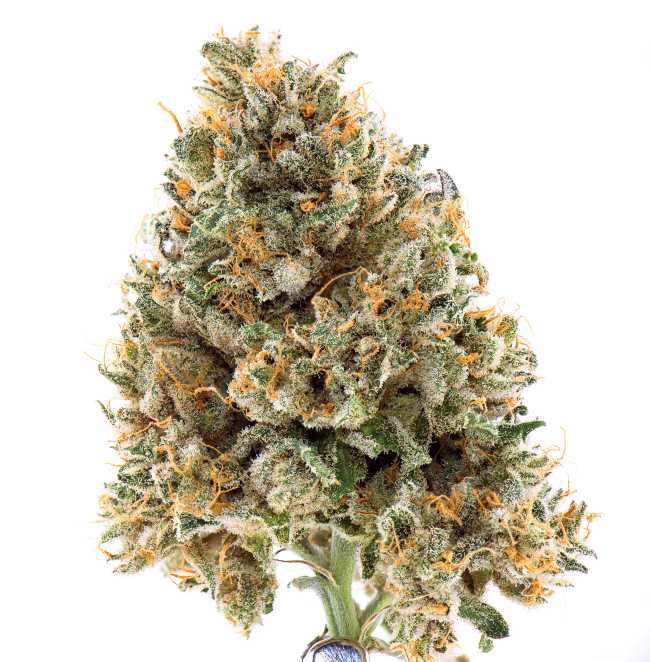 However, far below these nug-rich branches (called colas), other buds are growing near the bottom of the plant with far fewer resources. This is larf. Larf buds are no different than the buds on the colas. They still contain the same genetics and produce the same ratios of cannabinoids and terpenes. If you don’t provide the plant with its ideal environment, larf can grow anywhere from top to bottom. However, since resources like light are concentrated above the plant, the buds growing far below, in the shade of the higher branches, will have less resources and are thus less able to fully develop and maximize their resin production.

How Can You Prevent Larfy Cannabis Flower?

If you’re new to growing or just about to get started, you’ll want to do what you can to prevent larf from forming. As long as the majority of your plant grows stress-free in its ideal environment with sufficient water and nutrients, most of your buds will be dense and dank instead of fluffy and mild. Near the bottom, there’ll inevitably be some larf buds trying their best with what they got. While there’s nothing inherently wrong with those buds (they’re still viable when dried and cured properly) they will take some resources and energy away from the primo nugs higher up in the colas.

That’s why many growers use a pruning technique called “lollipopping” to prevent larf. During the late vegitative or early flowering stages, growers will snip off all of the foliage and bud sites from the bottom of the stalk. By keeping the bottom of the stalk “clean” during the growth phase, they’re left with cannabis plants that are free of larf at the bottom and full of big, bushy colas at the top.

What is Larf Good For?

While no one is going to tell you that larf is as good as regular nugs, there’s still plenty of benefit to larf. They’re great for rolling up into joints or blunts since they’re less dense with resin. 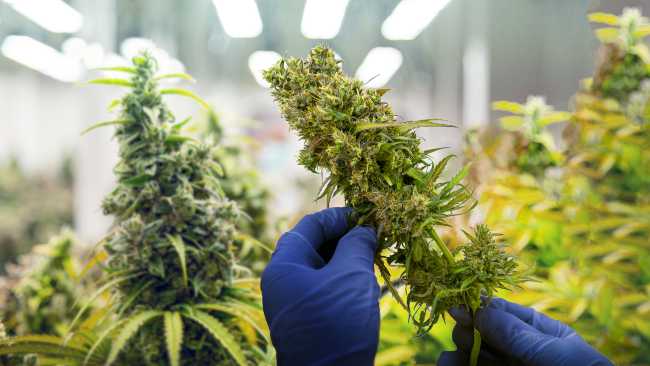 Just because you have looser bud structure doesn't mean it's bad to consume! photo credit

You can process them into edibles or concentrates without dipping into your premium nugs. And some consumers prefer them, since they have the same cannabinoid and terpene ratios as their favorite strain, but with milder effects.

If you’re home growing, be sure to properly cure your larf alongside its denser, danker brethren. This will ensure your larf has as much flavor and potency as it can get.

Besides being fun to say, larf is a good thing for cannabis consumers and growers to know about. If you’re looking for discounted bud that’s still high quality, larf is a good buy at many dispensaries. If you’re starting to grow, knowing how larf forms and when to trim it can improve the quality of your grow. So the next time someone asks “What is larf?” you’ll have a better answer than “A southeast Asian salad dish made with ground meat” (That’s Larb).

What are your techniques for using larf or preventing it from growing? Share in the comments