There seems to be a never-ending quest to find the purest, most potent cannabis product on the market and now, thanks to the careful refinement process behind cannabis distillate, we may have found a winner.


Unlike other marijuana products, distillate doesn’t resemble much of anything related to weed – it doesn’t look like weed, burn like weed, or even taste like weed (unless cannabis terpenes are reintroduced, of course), and yet, novices and enthusiasts alike continue to rave about cannabis distillate. Whether or not to reintroduce flavor additives to distillates is another issue, but before we get into that, let’s cover the basics: what exactly is cannabis distillate?

What is Cannabis Distillate?

Cannabis distillate is essentially an ultra-refined solvent-based extract that begins with crude hydrocarbon concentrates. Cannabis concentrates come in various textures and usually contain some level of impurity like plant waxes and residual solvents. 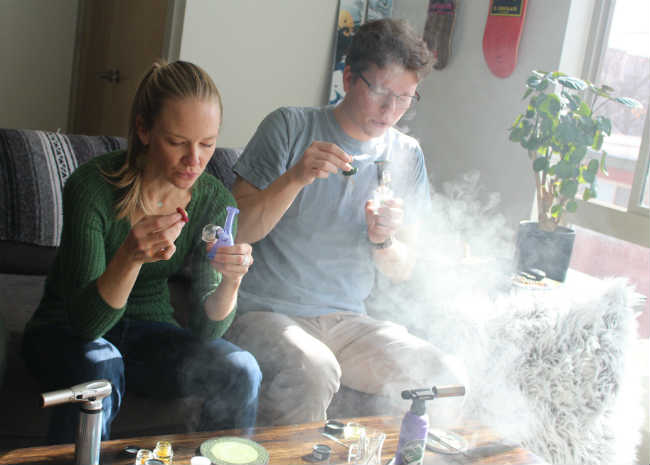 Cannabis distillate is great for dabbing, especially when it contains cannabis-derived terpenes.

Although there are many concentrates with low levels of impurities and residual solvents that are in high demand (like live resin and sauce), distillate producers typically select concentrates that do not have a high demand for resale. Starting products selected for distillation may be dark in color, lack in terpene profile or simply contain too much residual solvents.

Cannabis distillates are made by taking these concentrated forms of cannabis and refining them even further through a distillation process, thus isolating the cannabinoids from the rest of the product including waxes, solvents and even terpenes. The resulting product is a clean, clear liquid that can test as high as 99 percent pure.

How is Cannabis Distillate Made?

All the different components within cannabis concentrates boil at different temperatures. Taking this into account, distillate manufacturers use special machines that take winterized concentrates (concentrates that have been frozen at extreme temperatures) and refine them even more by processing them at high temperatures and just the right amount of pressure.

The two-phase system first isolates terpenes from the product then lipids and impurities second.

Because the distillation process is so refined, the result is an odorless, tasteless oil that will get you high…but that’s about it. To feel the full effects of a unique cannabis experience known as the entourage effect, those terpenes need to find their way back into the product. Doing so creates a high that has more depth, like adding the perfect seasoning to create a flavorful soup. Ever wonder why certain strains cause different effects despite being relatively close in potency? Terpenes are the culprit.

The Great Debate: To Flavor or Not to Flavor?

Visit any forum that discusses cannabis distillate and you’ll no doubt stumble upon this debate. To many, cannabis has been tampered with enough and there’s no need to alter it more. Concentrated cannabis is both potent and flavorful, after all, and the purging process has all but perfected solvent removal (in the case of rosin and other solventless concentrates, it’s not even necessary). Distillates are pricier, less flavorful (when terpenes are not re-introduced) and sometimes include additives which many consumers find unfavorable.

But flavored cannabis distillates have an appeal that cannot be ignored. Yes, terpenes must be reintroduced to the product for there to be a flavor, but these flavor additives are often naturally-occurring terpenes (albeit not necessarily from the cannabis plant) and contribute substantially to its therapeutic qualities. Not only that, but they can make for a great marketing gimmick, too – who wouldn’t want to smoke cotton candy-flavored weed? 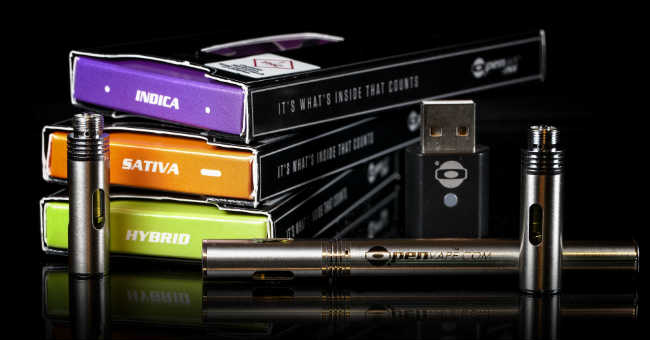 Now, before the comment section blows up regarding candy flavored weed products, let us be clear: while flavor additives may make the product more appealing to some, it is the customizable flavor profile that shows the most potential within the medical cannabis community. Bells and whistles aside, the reintroduction of terpenes to cannabis distillates could have huge medical potential.

Because of the high heats used, the distillation process removes literally everything from the product other than the cannabinoids themselves. This means that distillates will be pure and safe, but also rather dull.

The absence of terpenes means that the product’s therapeutic value is diminished, as well, since it is terpenes that cause the more intricate effects of a cannabis high. For example, while THC will get you high, if you want an energetic, sociable high, limonene terpenes should be present, as well (whereas a more relaxed high might require some myrcene terpenes). 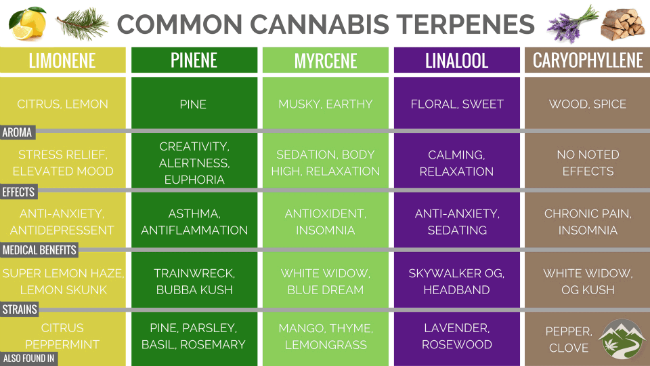 Terpenes play a big role in the medicinal benefits of cannabis.

By reinfusing distillates with terpenes, manufacturers can not only improve the product’s flavor, but can customize the exact type of high the distillate produces, as well. This makes it easier for consumers to choose their experiences carefully based on their medical needs and personal preferences.

Of course, those who prefer the standard cannabis flavor and experience can purchase distillate infused with terpenes directly from the cannabis plant, but because terpenes are found commonly throughout nature, the source can come from just about anywhere – though most connoisseurs prefer cannabis-derived terpenes for an entourage effect that’s more on par with actual cannabis flower.

It’s no doubt that cannabis distillate products are top-shelf marijuana concentrates. Though the lengthy purging process increases the cost of these products, the clear high and amazing flavor is well worth it.

How do you feel about distillates that have been infused with terpenes? Are you a fan? Tell us why or why not in the comments below. The Rise of Low-Dose Cannabis Products

The Rise of Low-Dose Cannabis Products Overproduction and Cannabis: How a Surplus Might Harm the Industry

Overproduction and Cannabis: How a Surplus Might Harm the Industry