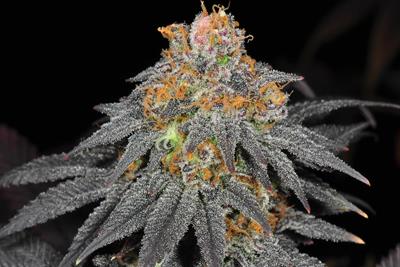 Type CBC into any search bar and you’ll have to scroll past the results for the Canadian Broadcasting Corporation, Complete Blood Count tests, and both Columbia Basin College (Go Hawks!) and Central Baptist College (Go Mustangs!) to get any information on this highly beneficial cannabinoid.

While it might never be as popular as THC or CBD, CBC is an important cannabinoid to know, especially for medical cannabis patients due to its many health effects. That’s why PotGuide is here to delve into the benefits of the CBC cannabinoid.

Like THC and CBD, CBC is one of the major cannabinoids produced in the cannabis plant. In many strains it’s actually the second-most prevalent cannabinoid produced after THC. Just like CBC’s more famous siblings, the cannabinoid is formed in the trichomes when special enzymes break down their precursor, CBG. Much like CBD, CBC is non-psychoactive. It also favors the endocannabinoid system’s CB2 receptors as opposed to THC, which favors the CB1 receptors in the brain and spinal column.

How Does CBC Interact In The Body?

Like other cannabinoids, CBC interacts with receptors in the body’s endocannabinoid system (ECS). This biological network helps to regulate everything from mood to inflammation to sleep cycles. When cannabinoids bind to the endocannabinoid receptors, it releases beneficial compounds like anandamide or dopamine. 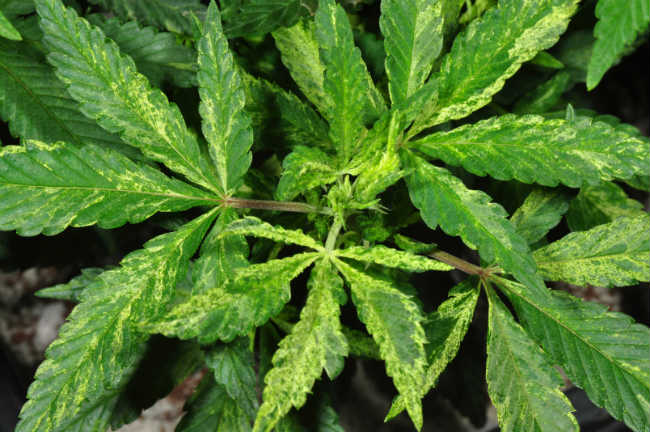 The strain Charlotte's Webb is known to be high in CBC.

Both major and minor cannabinoids work together with terpenes to bind more effectively to the ECS receptors in what is known as the “entourage effect.” In other words, cannabinoids like CBC, CBD, and THC are more effective when consumed together than individually. CBC is different from the other major cannabinoids in that it also interacts with the body’s transient receptor potential channels (TRP channels), which help to regulate irritation, inflammation, and pain sensitivity.

What are the benefits of CBC?

CBC binds indirectly with the ECS, which helps the ECS to release endocannabinoids like anandamide and AG2. Because CBC interacts with TRP channels, it may provide some benefit when it comes to nerve-pain sensitivity as well as medical issues caused by the central nervous system. These could include conditions like Crohn’s disease and Irritable Bowel syndrome.

Preliminary studies have also shown potential benefits of cannabichromene when it comes to the skin’s sebaceous glands. CBC may help reduce the inflammation caused by these glands that lead to acne, as well as regulate the oil production of the glands.

It’s also been reported that cannabinoids like CBC may be able to help block pain related to joint and bone conditions like osteoarthritis. In another animal study, CBC showed great promise in helping to maintain brain function by benefiting the action of adult neural stem cells. 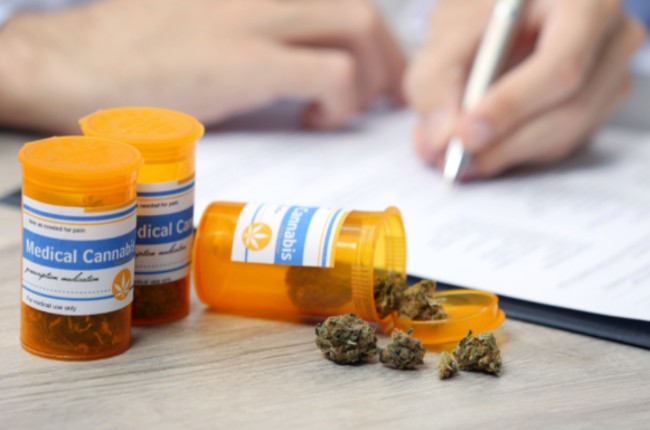 CBC may have the potential to benefit many medical patients. photo credit

When used alongside CBD and THC, CBC has also been shown to improve mood and decrease stress. This is potentially due to its effects on the reuptake of anandamide, also known as the “bliss molecule” for its ability to increase happiness and motivation. (Fun fact: The name literally derives from the Sanskrit word for bliss: ananda. By blocking the reuptake of anandamide, more of this “bliss molecule” remains floating around that can bind to neural receptors.

It should be noted that a lot more research needs to be done before anything conclusive can be said about CBC. Thanks to the war on drugs, cannabinoids like CBD and CBC only became federally legal in 2018. This finally allowed researchers to study their effects without having to navigate through a long series of regulations, but there are still hurdles to studying how they naturally work together with THC. All this to say, cannabinoid studies are still in their infancy.

Thankfully, more research is likely to come in the near future, with cannabis being included in 2022.

Thanks to federal legalization of hemp-derived cannabinoids (it’s not enough, but it’s a start), there’s a growing public understanding of how cannabinoids like CBC can benefit one’s overall wellbeing. Hopefully, one day knowledge about this important cannabinoid will be more readily available, and it will appear higher up on the search results than Central Baptist College (Sorry Mustangs).

What does CBC help with?

CBC may help with a number of issues such as stress, inflammation, acne, pain sensitivity, and more.

CBC is an all-natural cannabinoid produced by the cannabis plant along with THC and CBD.

What is the difference between CBC and CBD?

CBC helps to cause many of the same anti-inflammatory and stress relieving benefits as CBD, but it also can help to treat pain sensitivity and nerve issues. CBC also interacts with both cannabinoid and TRP channels in the body, while CBD only interacts with CB receptors.

Can I take CBC and CBD together?

Yes. It’s actually more effective to take cannabinoids together due to the entourage effect.

Due to the entourage effect, CBC can make THC more effective in reducing pain and inflammation. It may also “take the edge” off of any anxiety that THC may cause.

Have you tried CBC yet? Has it been helpful? Let us know in the comments! Why Robbing a Cannabis Dispensary is Unwise

Why Robbing a Cannabis Dispensary is Unwise