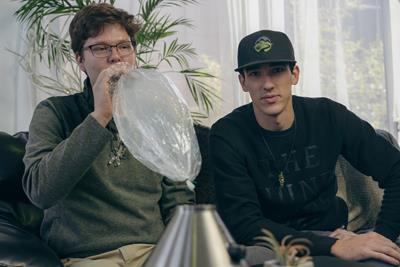 Most cannabis consumers are familiar with the portable vaporizers many of us carry around in our pockets, but vaporizers as we know them actually began as desktop devices that plugged into the wall. While that may sound archaic to some, there are actually tremendous benefits to these devices, with their most notable quality — precise temperature control. Table top vaporizers are generally split into two categories based on their vapor delivery methods: balloons and whips.

Some of these vaporizers use plastic bags, called balloons, to collect the vapor, and then the balloons are drawn from like any joint or bong. Other models deliver vapor out through a long tube called a whip, usually made of silicone or other body-safe polymer, which is smoked from like a straw, similar to a hookah. Which model is better depends on the consumer’s preferences for table top vaporizers.

In this article, we compare whips vs balloons, review some pros and cons, and offer popular examples of each.

Balloon vaporizers work by collecting the vapor in a plastic “balloon” similar to a turkey bag. The bags are then detached and drawn from, rather than smoking directly from the device itself.

While the balloon vaporizers are not very portable, the bags themselves are. While whip consumers are tethered to their device, balloons fill with vapor and can then be detached from the device. This means they are easier to pass around among friends, to take outside, upstairs, or anywhere else you’d like to partake.


The point is: vaporizing and consumption don’t have to happen in the same place. Vapor remains fresh for about 15 minutes in a balloon bag, though some consumers claim it can remain viable for longer. The bags are equipped with locking devices so they can be sealed between hits, meaning no vapor is wasted.

Bags can be drawn from as heavily or lightly as the ones desires, as opposed to whips which trickle out a steady (and often thin) stream of vapor. Consumers looking to gulp down big clouds will appreciate the large reservoir of cool, clean vapor at their disposal.

Balloons require either a little planning or a little waiting, because the device takes time to heat up, then more time to inflate the bag. So whip users will already be medicating while balloon consumers wait for their vapor to finish cooking.

Consumers whose eyes are bigger than their appetite may also fill a balloon with more vapor than they actually need, meaning vapor is wasted, while the flow of a whip can be turned on and off. 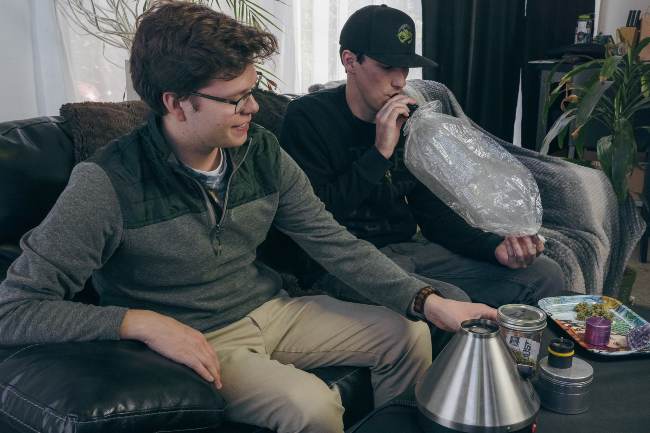 The Volcano, Balloon Vaporizer, can pack quite a hit for consumers looking for a big rip. photo credit

Finally, cannabis consumers who treat themselves to the finer things may also suffer some sticker shock – the standard bearer for balloon vapes, the Volcano, retails for $700 (though less expensive options do exist).

The Storz and Bickel Volcano remains the gold standard for table top vaporizers. These German-engineered devices are admittedly expensive, but they also last for ages.

The Arizer Extreme Q is probably the closest true competitor to the Volcano, and uses convection heating (forced air) that is compatible with whips or balloons.

Whip vaporizers deliver a steady stream of vapor through a long tube like a straw. But unlike a straw, these whips require little to no suction, and are usually equipped with gentle fans that blow the vapor through the whip.

The primary benefit of the whip is that, like portable vaporizers, the mouthpiece is attached directly to the chamber generating the vapor. This means smokers can begin drawing from the device as soon as it’s up to temperature, and they can keep drawing for as long as there is material to burn. Conversely, balloons require some waiting while the bag inflates with vapor, and there is then only a finite amount to draw from.

With no additional materials required - particularly no tender, tearable bags - whips are considered the easier “plug and play” option.

While balloons are designed to detach from the device, whips cannot. This will not bother some consumers, but those who prefer to pass around a balloon or carry it to another room, will be disappointed by whips, which come to act like leashes, tethering whip smokers to their seats only a couple feet from the device.

The direct connection to the vaporizing chamber may also be less desirable for those who prefer cooler vapor. Similar to portable vape pens, whip vapes deliver the vapor only a matter of inches from where it’s heated, meaning the whip vapor is usually hotter than balloon vapor.

Sipping from the thin trickle of vapor may also take some getting used to. Quick hits will be light hits. Heavier hits are possible with long, slow draws, but those who prefer thick clouds may need to practice drawing breath at the same rate the vapor is delivered.

The Arizer Tower is a superior dry herb vaporizer with digital display for precise temperature control.

7th Floor’s Super Surfer vaporizer is now available with either whips or balloons.

Da Buddha is another dry herb vaporizer that heats up in only 90 seconds.

There is no empirically “best” table top vaporizer because the costs and benefits are largely determined by the smoker’s preferences. Cannabis enthusiasts who prefer big gulps of thick clouds will probably enjoy balloon bags more than whips. Consumers who prefer a more controlled and casual smoking session will likely prefer a whip over a portioned balloon. Balloon smoke tends to be cooler than whip vapor which is delivered directly from the hot chamber. Whip smoke is also ready more immediately than the bag which takes time to fill.

What kind of desktop vaporizer do you prefer, and why? Tell us in the comments below! 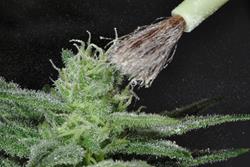 Backcrossing: How to Stabilize a New Cannabis Strain

Backcrossing: How to Stabilize a New Cannabis Strain 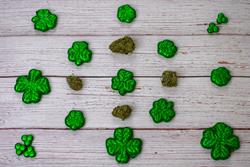