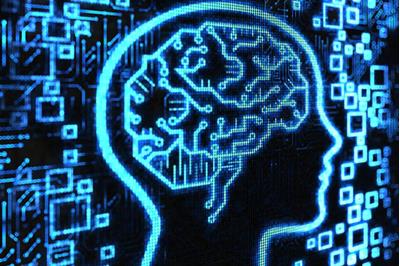 As legalization sweeps the U.S., cannabis consumers are speaking out about the mental health benefits that result from using the plant. Due to marijuana’s schedule I drug classification though, looking for concrete scientific connections and evidence has been difficult. However, the small amount of research conducted thus far clearly shows that cannabis can effectively relieve or treat various mental health ailments.

Over the years, cannabis has been prescribed to patients with physical ailments like arthritis, cancer, Parkinson’s disease, AIDS and high blood pressure. But did you know cannabis can also be a super drug those suffering from mental health issues?

It can help with post-traumatic stress disorder and social anxiety, and even help patients with addiction and depression. While there is minimal research available on either the physical or mental benefits cannabis provides, studies are increasing in number to understand the healing properties of cannabis. Just take a look at some of the most common mental health benefits cannabis has to offer:

Addiction: Many falsely believe that marijuana is a gateway drug. Studies show that cannabis can actually be used to help fight and help cure addictions instead. A 2015 study analyzed 79 studies, finding that there was a 30% or greater reduction in pain from cannabinoids as compared to a placebo. It makes sense, considering cannabinoids directly interact with your body’s pain activity centers.

Used either as a substitute or a recovery treatment, cannabis can help reduce narcotic and alcohol use. A 2014 study found that states with medical marijuana laws experienced a 25% decrease in opioid overdose deaths. It’s much less harmful than other drugs and can help eliminate dependence and curb cravings.

Anxiety: It varies from person to person and the dosage certainly makes a difference, but marijuana is known to provide calming and relaxing effects to its users. Whether an individual is professionally or personally diagnosed, cannabis is typically used to ease anxiety, calm nerves and create soothing thoughts.

Depression: A combination of social, psychological and biological factors impact the cause and intensity of a person’s depression, which makes treatment tricky. Cannabis, however, is a faster-working and natural alternative to anti-depressant medication. Cannabis can boost mood and energy, offer peace of mind, induce hunger and combat insomnia.

A study from the University of Buffalo’s Research Institute on Addictions found that chronic stress reduces the natural production of endocannabinoids, and effectively restoring endocannabinoid levels with marijuana cannabinoids can alleviate symptoms of depression and stabilize moods.

PTSD: Similar to the cause of depression, studies show that individuals with PTSD suffer from an endocannabinoid deficiency, which produces increased fear, memory consolidation and chronic anxiety. Marijuana fills the gaps, getting the brain to release dopamine and anandamide to produce a relaxing effect and memory relief.

Blue Dream is a great strain to combat depression

Selecting What’s Right for You

Take note that cannabis isn’t a one-size-fits-all treatment. Its use is incredibly diverse and individual, varying from person-to-person, illness-to-illness and strain-to-strain. Cannabis has more than 400 compounds, each one with its own influence. When consumed, cannabinoid compound interacts with your endocannabinoid system differently—a communication network between the brain and body—to impact how you feel, move and react.

One of the most common psychoactive cannabinoids, tetrahydrocannabinol (THC), is generally considered to induce a mind-altering state, which could potentially cause anxiety. Alternatively, cannabidiol (CBD) is generally associated with anti-anxiety, which is why a strain with higher CBD content is perfect for those seeking to relieve anxiety. There’s also the sativa vs. indica difference: sativa varieties will give you energy, where indica produces a more sedative effect.

So take this information with a grain of salt: There is a chance that cannabis could add to paranoia, anxiety and depression. A number of factors like dosage, mental health history and genetic vulnerability will influence how cannabis impacts you. Different strains also have their own individual effects, so just do what’s best for you and experiment to see if it helps or hurts. More Americans have legal access to cannabis than ever before and those with mental health ailments are finally starting to see the light. But there’s much more to be done.

Because cannabis is classified as a schedule 1 drug, it’s extremely difficult to study and scientists say its illegal status is hampering research. Congressional efforts have been made to expand the scope of possible research throughout the years, but because the Drug Enforcement Administration (DEA), the Centers for Disease Control and Prevention (CDC) and the Food and Drug Administration (FDA) are involved, it’s extremely complicated.

Currently, there’s a greater focus on researching marijuana’s psychoactive traits over its medicinal ones. That means we are only a fraction of the way to truly understanding its full physical and mental health potential. But as more and more research is conducted and made publicly available, the stigma will begin to shift and mental illnesses can start to be legitimately treated with cannabis. 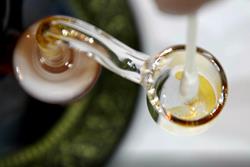 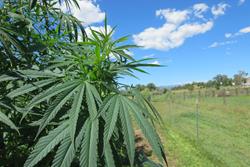