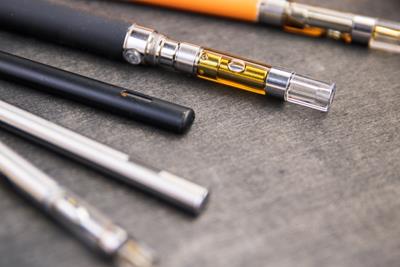 Vaporizing has offered a safer alternative to smoking for several years now, but in that time the technology and design of these devices have undergone several changes, and many consumers may not be familiar with how these different pieces work or how they all fit (or don’t) together. Broadly speaking, there are three kinds of vape cartridges: common 510 thread, device-specific pods, and disposables.

In this article, we review what vape cartridges are, the different kinds of cartridges most widely available, and pros and cons for each.

What is a Vape Cartridge?

Vaporizer cartridges are capsules of concentrated cannabis oil which, when heated, evaporates into a cannabinoid-rich mist similar to smoke.


All vaporizer cartridges have three fundamental components. The mouthpiece where vapor is drawn from, the chamber where extract is held, and a heating element, called an “atomizer,” powered by an electric battery (usually separate). Most of these batteries are activated by pressing a button on the unit, but others are activated by air pressure when the user draws breath through them. These are called “draw batteries,” or “auto-draw.”

Vape cartridges all include similar components but there are many different varieties. photo credit

While all vape cartridges include these components, carts may differ based on the material of those components, size, and most importantly, compatibility. Vape carts require electric vaporizer batteries to use, but the connectors between carts and batteries differ like cell phones and chargers. Consumers can benefit from learning what kind of cartridge or vaping experience they want before buying a battery, especially since some cost upwards of $60.

Here’s a list of some of the most common types of vape cartridges you’ll find at dispensaries.

510 threaded carts are named for the 5mm threads, of which there are 10, that screw the cartridge into the corresponding battery. This is the most common kind of connector, and 510 batteries can be bought at dispensaries for as little as a few dollars, making them cheap to replace if they are lost or broken.

Most 510 carts have also improved tremendously in the past several years, upgrading from plastic chambers to glass to reduce leaking, and replacing heavy metal atomizers with ceramic.

The primary downside to 510 thread vapes is that, because they are the ubiquitous standard, they are designed for a general audience and not for consumers who want additional features out of their vape pens. As we will see, proprietary models offer increased functionality for a more customizable vaping experience. 510mm cartridges are usually bound to batteries that have three modes – low, medium, and high heat – if even that.

PAX Pods are designed exclusively for use with the PAX Era battery. The pods require no threads or screwing, but simply click into place. The battery then heats up two quartz wicks inside the pod, which ensures an even distribution of heat and more comprehensive reach than many 510 carts, meaning no drop of concentrate is left unused.

Additionally, the PAX Era can be synced with a mobile app for more comprehensive control including setting specific temperatures, measuring usage and dosing, and even locking the device so it cannot be used, which parents will enjoy. 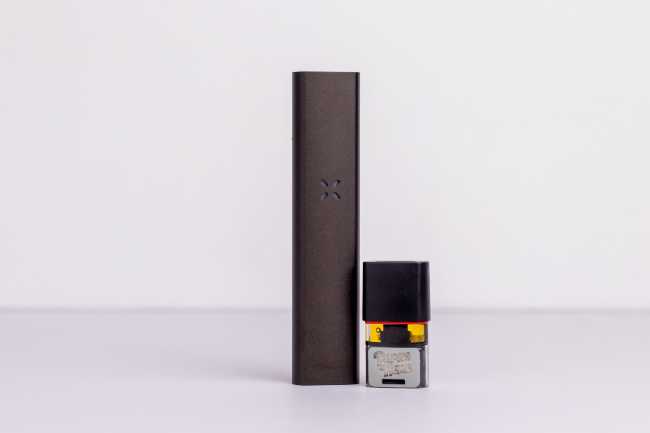 PAX Pods are some of the most popular pod-based vape carts. photo credit

Unfortunately, the mobile app is near-necessary because the PAX battery itself has no buttons or controls. Temperature modes are switched between by shaking the device, removing the pod, waiting for the device to scroll through temperature options, then reinserting the pod over the temperature you like. Admittedly, this isn’t the cartridge’s fault, but since PAX Pods only work with that battery, users are handcuffed. Consumers may also find limited options at their dispensary compared to 510 threaded carts.

Stiiizy pods are a proprietary cartridge similar to PAX pods, and will only work with the Stiiizy vape battery. Also similar to PAX pods, they click into place and are reinforced with a magnet for improved conductivity. What makes Stiiizy pods unique is that unlike PAX pods, these can be opened and refilled (though only once or twice before the mouthpieces gum up). Stiiizy batteries also cost half as much as a PAX battery.

Stiiizy entered the market with good reviews, but have since fallen out of favor amid rumors of inflating THC percentages and allegedly failing a benzene test in 2018. Regardless of those allegations, the fact remains that the Stiiizy battery offers no heat control, and pods may be more difficult to come by than other brands.

CCELL is the name of a ceramic heating technology as well as the company that produced it. Many 510 cartridges available today use CCELL units in them, but CCELL also sells their own empty, reusable cartridges. Reusable CCELL carts are made of glass (except the old M6Ts, which are plastic) with removable caps, and are filled with syringes of oil that can be purchased from dispensaries.

When CCELL ceramic heating units first hit the market, they replaced cotton wick cartridges which burned unevenly and sometimes scorched the concentrate. However, now that most cartridges use CCELL or similar technology, the benefits of holding and reusing a single quality cartridge have diminished. They are still good options for consumers who like to fill and reuse their own carts, and CCELL cartridges do offer more control over what their carts look like and what they're filled with. Ultimately, the latter choice is limited to the syringes offered at the local dispensary.

DART SERIES pods are another proprietary vape cartridge that work exclusively with the DART battery designed by CCELL. While other brands utilizing their technology may still leak or clog, CCELL has made sure their pods deliver a reliable experience with a wider mouthpiece and improved airflow. The DART also boasts thicker vapor clouds than other pod systems, and the pods can be refilled. 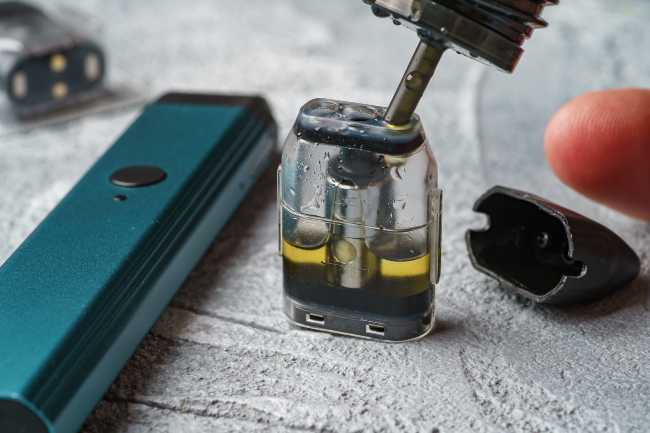 The downsides to DART pods are similar to other pod systems – availability. Most dispensaries offer fewer specialty pods than the common 510 carts, and since DART pods only work in DART vapes, users will likely limit their options by committing to this, or any other pod pen.

Disposable vapes contain all the necessary parts – battery, cartridge and concentrate – in a single piece of equipment. They can be used right out of the box with no charging required, and when they are empty, simply toss them in the trash.

The price of this convenience is waste and rigidity. Unlike traditional vape batteries, disposables offer no way to adjust temperature, and usually burn hotter than they need to. This can make for some fun, fluffy clouds, but flavor may be compromised. Consumers accustomed to lower temperatures may find themselves going through disposables faster.

In 2019, a mysterious outbreak of lung injuries were linked to vaping. The condition became known as Vaping-Associated Lung Injury (VAPI), and the cause was eventually traced to vitamin-E acetate in black market vape cartridges. But licensed producers do not use vitamin-E acetate in their processes and in fact are tested for it. Consumers interested in vape pens should only purchase products – especially extracts and derivatives – from licensed retailers.

What kind of THC vape carts do you use and why? Share your thoughts in the comments below! 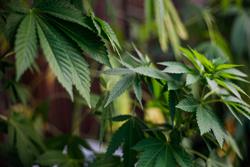 How to Create a Mother Plant

How to Create a Mother Plant