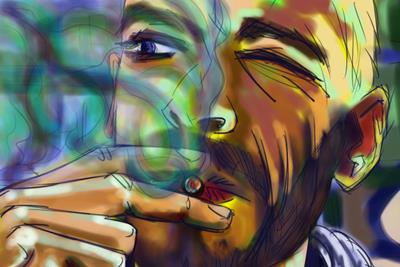 It’s not just Coloradans that love marijuana. Thousands of people have been flocking to the state to enjoy cannabis culture and everything that goes with it. The problem, however, is that tourists don’t have the luxury of a safe place to toke. In fact, unless they book their stay in 420-friendly lodging or sign up for a signature cannabis tour, there aren’t a lot of places where it’s safe (and legal) to consume marijuana in Colorado.

Such extreme restrictions have forced many out-of-towners to smoke in less-than-favorable locations. Parks, trails, sporting events and shopping districts have become default locations for Colorado visitors to partake, regardless of who else is around or what kind of trouble one can find themselves in after doing so.

In an attempt to curb illegal marijuana consumption, Denver Mayor Michael Hancock has considered changing his stance on cannabis cafes. In stark contrast with his initial proposal to ban pot clubs, Hancock stated that “…if someone doesn't have a residence here…they have got to have an outlet [to consume cannabis]”. Otherwise, they will have no other options than to break the law. Stricter punishment for public consumption has also been proposed, but Hancock notes that such measure would be ineffective without an alternative.

A Handful of Social Clubs

Though Colorado does have a few cannabis social clubs across the state, the actual quality of each location varies greatly. Many tourists expect to see a bar-like atmosphere in a well-done establishment, only to find out that it doesn’t take much to be a cannabis social lounge. All you really need is a “private” residence, a few couches, (a little) ambiance and an interesting name -- all of which can equate to an often sketchy overall experience.

Other cannabis social clubs throughout the state aren’t as lucky, however. Recent raids of Denver- and Colorado Springs-based pot clubs have highlighted the need for a social use initiative. This has prompted the creation of the Limited Social Marijuana Consumption Initiative, drafted by Mason Tvert and Brian Vicente (two of the most prominent Amendment 64 advocates) which would have made it legal for marijuana lounges to exist without compromising restrictions on public consumption. Though enough signatures were collected to appear on the 2015 ballot, the initiative has been withdrawn in order to establish an agreement that all parties can agree on.

What's on the Horizon

Of the few proposals for the regulation of cannabis clubs, one such idea is to offer tasting rooms similar to the way breweries and distilleries operate. These would allow the consumption of a limited amount of samples and cannabis would be required to remain within the facility at all times.

Another proposal is to treat the social clubs as private, members-only establishments, much like Club Ned, to help avoid issues with Colorado’s Clean Indoor Air Act while protecting innocent bystanders from a little second-hand smoke. Best of all, tourists would finally have a safe, comfortable place to consume well away from public or family-oriented locations.

Because tourists cannot smoke in public, in their vehicle or on federal land, they need another option. To avoid public consumption (and promote the 16th Street Mall as a family-friendly tourist destination again), the cannabis industry must cater to the visitors who bring revenue into the state ensuring that they leave with bright smiles, fond memories and raving recommendations for their friends.

Do you think cannabis social clubs or lounges are necessary? 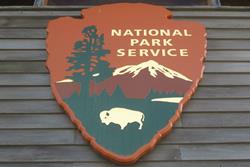 Marijuana on Federal Land: Better Watch Out Before You Light Up

Marijuana on Federal Land: Better Watch Out Before You Light Up 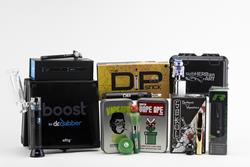