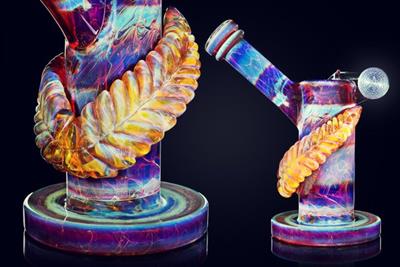 Over time, glass has shifted from meeting a functional need—adding both simplicity and productivity to daily life—to becoming a medium of artistic expression. And while glass products are not rooted in or created for the cannabis industry, artists and innovators since the 1960’s have taken both objectives into account to create handmade glass pipes, bongs and bubblers for smokers to enjoy.

Glassmaking is an ancient practice: It’s believed that Mesopotamians made the first glass vessels around 1500 BC, Phoenicians created glass blowing techniques near 500 BC and Italians dominated the glass production scene by 1400 AD. The industry spread throughout Europe and products for scientific and household uses became mainstream.

But the transformation from practical to artistic occurred at the turn of the 20th century when Frenchmen Emile Galle and Eugene Rousseau became the first designers and artists to work with the medium. As artists recognized the potential in glass and developed modern styles, techniques and forms, the notion of glassblowing as an art form expanded worldwide.

Harvey Littleton made studio glassblowing an American reality in the early 1960’s. Because hot glassblowing techniques required large-scale facilities, Littleton worked alongside a glass research scientist to invent a small furnace and a low-temperature melting-point glass to allow artists the ability to experiment with the medium on an individual and studio level.

Fast forward to the counterculture of the 60’s and 70’s, when glass artists found a new reason to combine art and function once again.

Bob Snodgrass was one entrepreneur who’s considered the “founding father” of the glass pipe industry. In 1986, Snodgrass become a nomadic glassblower and eventually joined The Grateful Dead on tour, selling pipes at shows along the way. He’s credited for establishing today’s pipe market and style—paving the way for generations to come and encouraging the advancement of and innovation within the niche market.

The new glass pipe market blew up as apprentices joined the movement and artists opened up shop, but the feds had some issues with pipes becoming such a conventional product. In 2003, the U.S. Department of Justice indicted 27 individuals for trafficking illegal drug paraphernalia and put 55 sellers out of business in “Operation Pipe Dream.” Essentially, these artists were taken down based on “implied intent.”

At this point, the industry had to consider its future while the subculture was being pushed even further underground. But national acceptance gained traction and artists stayed resilient, slowly enabling the industry to take shape again.

Marijuana Movement in the Art Scene

Government involvement is just one push-back glass pipe blowers have received throughout the years. Some artists in other mediums or within the glass community don’t necessarily agree with what glass pipe makers are doing—the occasional old-school artist resenting many of them for becoming so successful and innovative in the industry without any schooling or background.

But it’s a two-way street: Glass artists say pipe makers should broaden their horizons to different glass forms, while pipe makers want a larger audience to recognize their talent.

As with any art form, glass opens the dialogue to a broader audience: It allows collaboration between mediums, industries and artists that continuously improves the art community. Just take color. Thanks to innovations in the beginning of the glass pipe movement, glassblowers as a whole went from having 12 to 15 colors to choose from to now having 200 to 300 options when creating their products.

Take a look at today’s glass smoking vessels and you’ll see that artists aren’t just producing simple pieces just to get high with anymore: These glass artists are truly taking the smoking experience to a whole new level.

Washington-based Mothership Glass is another leader, producing some of the most desired pipes and selling them in art boutiques and galleries around the world. Mothership uses German-made borosilicate glass—a material with such a durable composition that can handle high heat resistance.

Handmade, borosilicate glass blown by American artists used to be relatively inexpensive, but with the spike in the cannabis industry it has boomed to great heights. Glass art pieces in some instances are now selling for the same amount of money as traditional art pieces, with certain artists creating pieces that sell for over $100,000.

It’s clear to see that people are investing in the glass they smoke out of. And as marijuana makes more and more legislative strides, the cannabis-focused glass art industry will only expand alongside it. 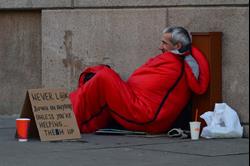 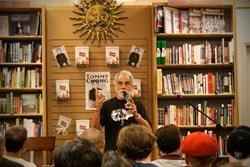 Tommy Chong & Cannabis: The Choice Is Yours

Tommy Chong & Cannabis: The Choice Is Yours