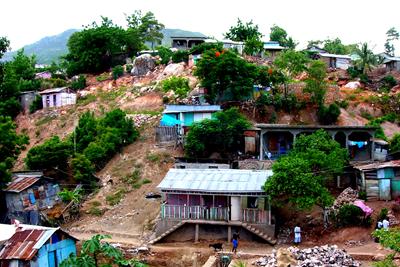 During its 10,000-year association with humankind, hemp has been many things. It was paper in China centuries before Christ, and by the 15th century became the rigging and sails that propelled Western civilization into its Age of Discovery. It was grown at California missions to supply the Spanish Armada.

More recently, hemp has become food, cosmetics, soap, and more. Hemp medicines are used to treat nerve pain and epilepsy. In electronics, it’s the raw material of supercapacitors. It’s a sustainable crop requiring little water and less attention, and can flourish almost anywhere. It lends itself to crop rotation, soil rejuvenation, and the salvation of vanishing forests. It’s even naturally resistant to pests. Can this ancient plant, believed to be the first species ever cultivated, help alleviate the poverty in today’s so-called third world? The answer is yes, and for a variety of reasons.

Why is Hemp So Relevant?

The industrial hemp trade is valued at nearly $1 billion globally, and the U.S. retail market represents half that total. Developing nations like Chile and Uruguay are already growing it, and Malawi officials called for growing hemp to battle poverty there. The push for hemp in Afghanistan and Haiti began in 2009 and 2010. Hemp is a cash crop that produces three materials to make over 25,000 products: strong fibers that surround a pithy core; the core itself; and seeds that contain oil with very useful chemicals unique to hemp.

Hemp fiber is extremely strong and its use is historic. The broken-up core is high in cellulose and, with the fiber, is used in housing insulation, “hempcrete,” and particle board. Hurds, or chunks of the core, are used in place of petroleum to produce plastics like high-impact car parts.

The seeds, however, will have the biggest impact on undeveloped nations. They yield high-protein food and dietary supplements, or can be ground into flour or cold-pressed for fuel and lamp oil — all for immediate use.  Hemp seeds are also the biggest part of hemp’s export value. An acre of hemp can produce 300 gallons of oil. Although it can be used for biodiesel, the oil contains about 4 percent cannabidiol, or CBD. This is the medicinal part of hemp, and why it’s in such demand worldwide. CBD is pivotal in treating disease, creating medications, and aiding one’s overall health.

A Market for Industrial Hemp

Hemp needs few conditions to be a cash crop for developing nations, and those conditions already exist. First, there’s a growing world market; up 50% over 12 years (1999 to 2011), with 200,000 acres producing 200 million pounds of seed (pdf) and a similar weight in fiber. Add to that a growing desire among nations to counteract global warming, and then mix in new technology: Several models of small-batch decorticators, machines that separate hemp fibers, are now commercially available despite the fact that they didn’t exist a few years ago.

A Precedent For Success

Third-world farmers can turn to hemp as never before, but is it realistic to predict market success? Two recent examples provide every reason to be optimistic. When Big Tobacco crashed in 1998, Malaysia, where most of the leaf was grown, diversified successfully into kenaf (pdf), a plant that yields fiber and cellulose much like hemp and has the same market. If traditional farmers turned to hemp instead, they could increase profit from a few hundred dollars an acre to more than $21,000 (pdf). China took advantage of growing hemp to reduce poverty in several of its worst-off provinces, including Yunnan, as early as 2009, and now provides the world with most of its fiber and seed.

Why It’s Been So Difficult

Malaysia turned to kenaf because it was legal. Hemp is not; it’s regulated. China can go full steam ahead because the government supplies the seed for its farmers and regulates the industry. Thirty nations grow hemp commercially, but all have strict government oversight. What about the U.S.? It’s illegal here unless a farmer registers with a state agency and enters a pilot or research program.

Hemp’s problem is that it’s the same plant as marijuana; they’re the same species, just different cultivars. Both hemp and marijuana are legally Schedule 1 narcotics. Marijuana has a 10 to 30 percent THC level, or delta-9 tetrahydrocannabinol, which provides the “high.” Hemp has almost no THC at .3 percent, but is much higher in CBD, the medicinal cannabinoid.

The Inevitability of Hemp

As hemp moves forward, it’s pulling the world with it, just as it propelled tall ships into unexplored seas. Developing nations, and many of our own economically troubled states like Kentucky, Virginia and the Dakotas, can have a viable cash crop in hemp. There will be local processing, and advanced technological uses. It can be used for sustainable housing, strong fabrics, medicine and nutritious food. Inevitably, all nations, even the U.S., will understand the importance of cultivating hemp and establish regulated systems of growing in the coming years. 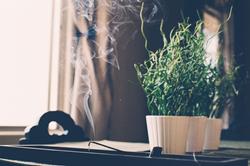