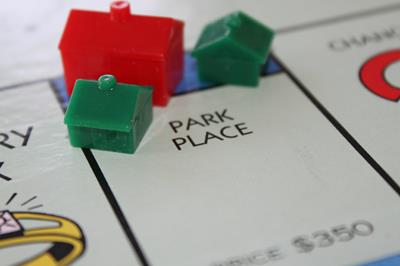 Colorado’s “Green Rush” has taken the country by storm, inspiring thousands of people from all over the nation to flock to our colorful state. While some seek employment, others seek legal access to medical treatment and the freedom to consume a relatively safe recreational drug.

Make no mistake, marijuana legalization has created massive economic growth in our state, but it has not been without a cost – more specifically, a spike in real estate cost.

Grow houses require a massive amount of space (sufficient enough to produce thousands of plants throughout the entire grow cycle). Grow house operators will often look for old warehouses to transform into grow houses, and fists full of money help make that happen.

The bulk of cannabis cultivation takes place in pre-established industrial areas within Denver largely due to laws that state that marijuana businesses must be at least 500 feet away from residential neighborhoods. This has caused a boom in industrial growth in Colorado, and has forced rental prices of marijuana-friendly buildings to skyrocket.

Though some entrepreneurs can foot the bill, other businesses that have made a habit out of using these buildings (specifically, art galleries and homeless shelters) are suffering under the unrealistic weight of a rental payment. So, while canna-businesses (and the people behind them) are moving into the area, many others are moving out.

Many homes in and around Denver are experiencing an increase in rent, forcing residents to pay for the increase or move elsewhere. According to New Republic, Denver home prices rose 17% in 2014 which means that the average Denver resident will now need to make an average $35 per hour just to live comfortably. Those who don’t make enough are either forced to move to Denver suburbs or, tragically, contribute to Colorado’s growing homeless population.

Though cannabis legalization does not necessarily correlate with Colorado’s homeless population, rising home prices coupled with an influx of “Marijuana Refugees” and a reduced number of homeless shelters have certainly exacerbated the issue.

Though it is legal for adults to consume marijuana in Colorado, cultivation and consumption has its restrictions. For those who rent, restrictions may be even greater. For example, many landlords restrict marijuana use, cultivation or both. If a landlord prohibits marijuana, the tenant must abide or risk eviction. Also note that landlords who permit cannabis cultivation often ask for increased rent to cover liability.

Property that is owned by the government (including federally-funded places like multi-family HUD homes) also restricts cultivation and consumption of cannabis. Though HUD homes that have been privately purchased allow cannabis use, it is important to conduct due diligence to see that the home is both safe and inhabitable. Home inspections are strongly recommended.

What to Look for When House Hunting in Colorado

Home inspections come with the territory of buying a home; they help buyers make informed decisions about the condition of a property to decide whether or not to make a deal. In Colorado, home inspectors have a few additional things to watch out for, specifically, the remnants of an old grow operation. Things to look out for include damaged ventilation systems, excess mold growth and unsafe wiring.

For those who want to grow their own marijuana, it is important to find a home that accommodates cannabis cultivation. Things to consider include:

Home prices in Colorado have experienced a steady increase since 2012 and will likely continue next year as more people flock to the area. Though the reason for the population boost is not solely due to marijuana, it certainly is a popular perk that many are eager experience.

Have you considered moving to Colorado? Tell us what you plan to do once you get here. 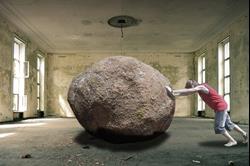 The Harsh Truth About Working in the Cannabis Industry

The Harsh Truth About Working in the Cannabis Industry 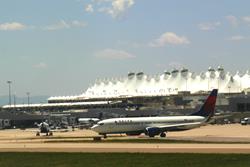