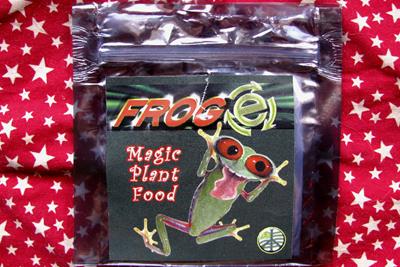 Unfortunately, due to its seemingly innocuous nature (because it’s readily available over the internet and at head shops as an “all-natural” herbal incense), Spice continues to be one of the most popular forms of synthetic marijuana used by high school seniors, young people in general and individuals living in illegal states – and it’s causing some pretty dangerous consequences as a result.

Despite being marketed as an “all-natural” product, synthetic cannabis is anything but natural. Though it does consist of relatively safe herbs and flowers which resemble tobacco or cannabis, it is coated with synthetically-manufactured cannabinoids to cause the mind-altering effects. These chemicals bind to the same receptors as other cannabinoids (plus many other receptors in the brain) but, unlike phytocannabinoids, these chemicals bind fully to the receptors negating the body’s ability to mediate their effects.

The Origins of Spice

Spice was originally sold as a recreational drug in the UK in 2004 and gained considerable popularity worldwide in 2006 as a legal “marijuana alternative.” Intrigued by the idea of legally consuming cannabinoids, many unsuspecting individuals gave this “fake weed” a try only to find a much more intensified experience.

Many early spice encounters often resulted in a much-needed trip to the emergency room after experiencing things like uncontrollable vomiting, agitation, extreme paranoia, heart palpitations and an inability to focus. Some rare cases have even resulted in the death of the consumer, forcing many governments to ban certain chemicals found in Spice or to simply ban the product altogether.

Synthetic cannabinoids are illegal in almost all countries including the United States because of their obvious danger to the body and likelihood of addiction. However, despite its illegal status, it is still able to be sold over the internet, head shops and even gas stations for a few different reasons: the packaging and the ingredients used to create it.

Why You Should Never Use Synthetic Cannabis

We know that synthetic cannabis is bad and not the best way to consume cannabinoids. But what does it actually do that makes it so dangerous? Well, aside from fully interacting with the same cannabinoid receptors as phytocannabinoids like THC causing a “high” sensation, many users report severe issues like uncontrollable vomiting and diarrhea, nausea, convulsions, irritability, loss of appetite, shortness of breath, hallucinations, heart palpitations, increased heart rate, high blood pressure, psychosis, blackouts and an inability to focus. Because synthetic cannabinoids bind fully, they can remain active for a long time, sometimes hours or even days, causing severe health problems as a result. Heart attacks or death have been reported in some cases due to the toll Spice takes on the body.

Unfortunately, unlike cannabis that has a low rate of addiction, Spice is highly addictive (even when the user has had a bad experience) causing many to become hooked on the dangerous substance. Withdrawal symptoms from synthetic cannabis are also hazardous (“like death” according to some reports) which makes relapse extremely likely, even for those who have been clean for years. Withdrawal from synthetic cannabis has even been known to cause loss of cognitive functions, depression or suicidal thoughts.

Furthermore, because the chemicals in synthetic cannabis affect everyone differently, it’s possible to have a pleasant experience one time than a terribly dangerous one the next. Because there is no regulatory oversite on these products, smoking Spice is literally like a game of Russian Roulette; either it’ll mess a person up big-time or it won’t, and it’s impossible to tell what the case will be until after trying it.

Though the exact contents of Spice vary, some reports suggest that it may also contain trace amounts of heavy metals. When smoked, these metals can cause “Metal Fume Fever” resulting in flu-like symptoms that can last anywhere from 24-48 hours on average. Its effects on pregnancy and nursing children have yet to be determined.

Synthetic cannabis is not like natural cannabis at all. Though it binds to the same receptors, it has the potential to create many more problems than it can correct. Not to mention the potential hazard for drug abuse. Though we advocate for sensible adult drug use, consuming synthetic cannabinoids like those found in Spice or K2 is not safe for the individual or the family.

Instead of allowing more youth to become addicted to such a dangerous substance, we propose better education on what cannabinoids are (all cannabinoids), how to choose the best ones for consumption and which ones to avoid all-together. Unfortunately, until natural cannabis becomes legal nationwide, our youth will be at risk for consuming a seemingly “safer” alternative that is truly anything but.

Using Spice or K2 often results in a trip to the E.R. Photo credit: Paul Sableman

Do you have any experience with synthetic cannabis? We’d love to hear your story. 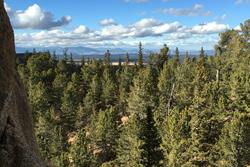 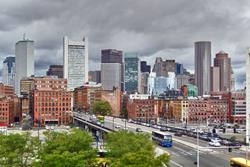