In today’s booming cannabis market, strain hunting presents both tremendous gains and severe negatives that impact many. Strain hunters, the experts in the field and other dangerous terrains, explore the world for its rare and untapped cannabis offerings.

From deep into virtually ungoverned regions of continents to the points of South America where you can look down at the clouds, strain hunters have been there on the hunt for the perfect landrace strains. These particular strains are noted for their benefits, including the claim of having the perfect therapeutic balance.

It takes the right environment and cultivators to bring rare strains to fruition. These are the locations that hunters journey to for rarities. The job is thrilling and gives the entire cannabis market several opportunities for an exciting future. Unfortunately, it can also come at grave costs. Some of the most exotic places for landraces and other rare strains also have some of the world’s most dangerous implications.

A Variety of Danger to Find Rare Strains

In January of this year, the cannabis community lost one of its most renowned strain hunters, Franco Loja. While filming a Strain Hunters documentary with Vice in the Republic of Congo, Loja contracted an aggressive form of malaria and passed away. He was only 42.

Franco Loja was one of the world’s most renowned strain hunters. Strain Hunters

Some of the world's top destinations for strains happen to be in the worst areas of the world. In some cases, it's due to natural threats like Franco Loja's untimely passing. In other cases, criminal activity and even terror cells present strain hunters with severe danger.

For example, Mexico is home to some of the world's finest cannabis strains. In the Oaxaca state, specifically the mountains, you'll find some of the rare strains and genetics hunters seek. Unfortunately, Oaxaca’s mountains are also becoming the site of increasing gang activity and violence. While no significant reports of hunters coming in contact with Sinaloa Cartel members have been reported, it’s a risk worth noting.

Furthermore, countries like Afghanistan and Nigeria are noted for being homes to some of the best finds. However, they are also noted for high levels of terrorist activity in the country. For strain hunters in Nigeria, this isn’t so much of a problem as the terror group Boko Haram is active in the north of the country.

Meanwhile, all the best strains are typically found in the southern tropical coastal states of Edo, Delta, Ekiti, Ondo, Osun, Ogun and Oyo.

However, the same can’t be said for Afghanistan. The country shares a close location to where marijuana initially grew. In the mountains it shares with Pakistan are some of the best rare strains a hunter can find. Unfortunately, the mountains are a rough terrain occupied by radical terrorists with ties to al-Qaeda and ISIS in some areas.

Sometimes, the risk is not worth the reward. For strain hunters, assessing this risk versus return is at times easier than others. In the case of Franco Loja, a common threat to the area happened to harm him gravely. In other cases, high elevations can become a threat. Realistically, anything can become a risk when searching the world over.

The Rewards of Rare Strains

Despite the numerous risks associated with strain hunting, landraces and other rare strains do offer an immense benefit to the cannabis market.

It’s not just the hunters reaping the rewards – buyers and sellers are getting in on the gains as well.

For cannabis consumers, the rise of craft marijuana is now upon us. Today, buyers can obtain exclusive strains and flower that vastly outperforms the market. Buyers can find their favorite flower based on potency, look and countless other factors that were previously unavailable for mass consumption. With marijuana seeds, each acting so differently from the next, exclusivity is not only appealing to the consumer. Its benefits and opportunities for marketing are staggering.

For businesses, the opportunities have allowed for a surge in pricing for rare strains. Exclusivity and the originality factor of rare strains send some buyers into frenzies. To do so, companies don’t mind putting ad dollars into the product because they know it is a lucrative investment.

Additionally, introducing more strains into the market gives consumers a better overall selection. Consumers can choose precisely what they want and at whatever price they feel comfortable paying up to. While the danger in strain hunting is real, it becomes clear to see the rush it provides everyone. From discovery to consumption, rare strains are an exciting opportunity for all.

The allure of rare strains and craft cultivation have some wanting to develop their own ideal grow systems. That mission is achievable if you build an exotic garden. However, this is a costly and laborious process. Unless you have the skills and finances to make the investment, consider otherwise.

Instead, enjoy and appreciate the risks it took to bring your next rare strain to your home. Enjoy.

Do you have a favorite rare strain? Comment below! 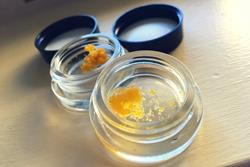 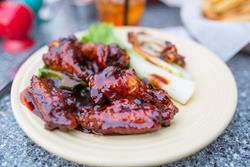