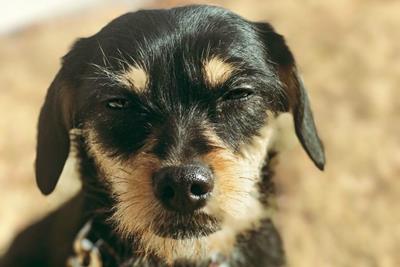 According to a recent survey conducted by the American Pet Products Association (APPA), approximately sixty-eight percent of American households own a pet. That’s nearly 85 million families with at least one pet. And since 55 million Americans, about 22 percent of American adults, admit to currently using cannabis, there are bound to be some cannabis-friendly pet owners out there.

Many people have experienced the sheer joy of interacting with an animal, and those who have tried it while high know that it can add to the excitement and pleasure. Not only are pets fun to be around after smoking some cannabis, but they also make awesome stoner companions. Now you might be thinking, how do I choose the right pet for me? Don’t worry, we’ve compiled some suggestions for the pets that have serious potential to be a stoner’s best friend.

Safety First: Getting Stoned Around Pets

Before we dive into discussing the animals, it is important to note that extreme safety and precaution must be taken if you are indulging in cannabis around your pets. Because pets can also get high, always be careful to keep the smoke away.

It may seem funny at first, but since pet bodies are generally smaller than ours, THC can hit their nervous system and brains harder and faster, maybe even to the point of causing poisoning, seizures or requiring veterinary care. Same goes for any edibles you might accidentally leave on the counter that Fido might consider a treat. Always be sure to store your cannabis products safely and appropriately.

As long as you are mindful of your pet and consume your cannabis safely and appropriately, there is nothing stopping you from having an excellent time with your furry companion(s). In fact, some people believe pets enjoy being near a high owner due to their increased creativity, playful energy and heightened emotional and psychological state.

Dogs are just about the coolest animals to smoke with, and that’s pretty much a fact. But there are certain breeds that vibe better with a stoner’s personality than others. If you’re searching for your dream dog, make sure they will be happy with your lifestyle and mesh well with your personality.

Labs are great – their personalities are gentle and fun. They’re pretty much always puppies at heart no matter their age, sort of the Chris Pratts of the canine world. Retrievers are also ready for anything. Higher-energy smaller dogs like terriers or poodles may not be the best choice if you prefer being couch locked with a good movie marathon and some indica – they may want to play while you don’t want to move a muscle.

On the other hand, if you also prefer sativa and feeling a more active while taking the edge off, terriers or something like a German shepherd may be a great walking partner on a sunny day. A beagle or hound might be fun as well since they do love to howl – you or your neighbors might not care for this behavior in the middle of the night, but it could be fun to “sing” alongside them if the mood strikes you.

Speculation aside, dogs typically take on the personality of their owners and often can be nice and mellow to have around you while you’re getting yourself nice and mellow, or even getting a burst of energy and creativity, depending on your strain. Many breeds of dogs simply like being near you, even when you have a case of the giggles. They don’t know what you find funny most of the time anyway, but they’re always happy you’re happy.

Ever wonder why so many doctor’s offices have huge fish tanks in their waiting room? Besides distracting kids and perhaps adults until it’s time to get called, plenty of studies have shown that staring at fish in an aquarium reduces stress and lowers blood pressure. Since many people have anxieties about medical/dental visits, watching colorful fish swim and swim and swim is downright soothing.

Think of the random unending motions, patterns and colors as a living lava lamp, another staple in many stoners’ homes since way back. Along with the spectacle of watching your fishy friends do their thing, you also can speculate what they’re thinking. (Any fish will do – clown fish, goldfish, guppies, but try to avoid the ones that eat others.) Fish are low-maintenance and make great companions. They’re quiet and debatably one of the chillest pets out there.

If you want something interactive, go the amphibian route. Frogs are nice but they can stay kind of small and you never quite know what they’re up to. Toads are bigger but do need a surprising amount of space. Alligators, surprisingly, are for sale in some states, but the consensus is that you need to always keep an eye on them, which can be hard if you’re focusing on rolling the perfect joint. If you’re distracted you can lose a finger, or perhaps another pet.

That’s why turtles are just right – they’re slow, they’re downright cute when their little feet walk or paddle, they shouldn’t bite you, and they never say a thing. While they might not be the most attentive to your love and affection, turtles do make loyal pets and are quite enjoyable to interact with while high.

You'll never have to worry about your turtle running off on you. photo credit

Whether you like to get nicely toasted on something high-grade or choke down some brick weed, it doesn’t matter, cats will treat you with the exact amount of indifference. Make sure you feed them and pet them if they want to be petted, but otherwise they’ll put up with you. Plus, if you want to sit around all day taking it easy, you have common ground. They may not, however, be very appreciative if you and your friends feel the urge to start singing and dancing.

Cats are truly a great option for stoners and they provide endless hours of amusement. Plus, they’re the only pets you can share a buzz with. Light up your favorite strain and let your little buddy loose with a cat-nip treat. They’ll love the treat and you can get a kick out of their silly antics that ensue.

Cats are great companions to chill out with. photo credit

Birds can be downright entertaining pets. Like fish, parrots or parakeets or other smaller domestic birds are simply amusing to watch as they do their own thing – they eat, they climb, they jump around and peck at things, they chirp and make other noises. You can try to talk back even. They may be polite about your attempts to converse because they know you’re not really speaking their language but they may chirp back anyway.

You can also use your down time to work on training them to talk, since avian experts say that that the easiest way to accomplish this requires hours of saying the same thing over and over and rewarding them occasionally. Since you may just be sitting around anyway, what better than to be a little productive.

Just like any animal – or people, for that matter – individual pet personalities and temperaments may vary.  But generally, most pets probably won’t be all that perturbed about your pot use and will enjoy your presence.

Conversing with a parrot while high is truly amusing. photo credit 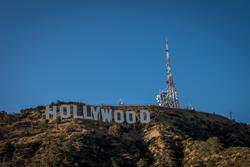 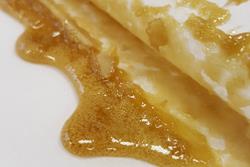