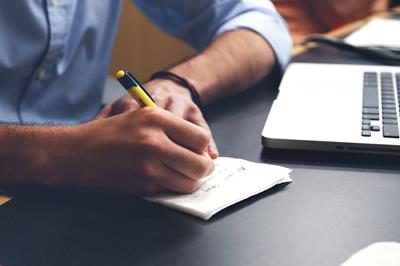 At California Cannabis CPA, one of the most frequent questions we get asked is surrounding section 280E.  Because of this, we have put together an overview of this issue and what is being done to reform the outdated rules.

Section 280E of the tax code forbids businesses from recording tax deductions or credits for income associated with Schedule 1 and Schedule 2 substances as mentioned in the Controlled Substances Act, which considers Cannabis a Schedule 1 substance.

Section 280E of the U.S. tax code was created in 1982 after a convicted cocaine trafficker went to court to assert his right to deduct ordinary business expenses. It was created after the court case with the intention of preventing other illegal drug traffickers from doing the same.

But despite the fact that 23 states and the District of Columbia have medical marijuana laws, and four states now allow recreational marijuana, this tax code continues to have negative implications for the businesses that are selling cannabis legally.

The main reason for this is that while some state laws allow marijuana, federal laws still consider it illegal; which means the IRS has to continue taking 280E into account while taxing these businesses. At the same time, these businesses are still required to report their income for tax purposes unless they want to be hit with tax evasion like Al Capone.

The Effects of Section 280E on the Cannabis Industry

Because cannabis producers, retailers, and processors are not allowed to deduct many of their expenses from their taxable income, they are taxed at a much higher effective rate than other similar types of businesses.

And to make things worse, on top of the already stringent rules on what deductions these businesses can claim, the IRS released a memorandum in January 2015 stating that businesses trafficking in a Schedule I or Schedule II controlled substance like cannabis would have to determine their cost of goods sold deductions using the inventory-costing regulations under section 471 as they existed when 280E was enacted.

One of the biggest negative effects this has on the businesses that legally sell marijuana is that they cannot deduct any of the costs for marketing, advertising, and selling. This also creates a loophole which effectively prevents the advertisement of marijuana without violating the commercial speech doctrine.

Most marijuana dispensaries and businesses typically end up paying an effective tax rate around 70%, while similar corporations pay around 30%. This law hurts small marijuana businesses that are only trying to be transparent and follow the law.

What is Being Done?

There are many people and companies who are working to change the way legal marijuana businesses are taxed.

Harborside Health Center in Oakland, California is another business doing the same. They have been challenging the federal government since 2010, when Harborside’s Oakland dispensary was audited and billed a back tax bill of $2.4 million despite having been fully compliant.

Among others who are fighting to get rid of 280E are attorneys James Thorburn and Henry Wykowski.

What can be Done to Stop the Negative Effects of 280E?

If the legislation put forth by Congressman Polis and Congressman Blumenauer were to pass, marijuana would be removed from the Controlled Substances Act, which would in turn remove it from 280E without having to change that tax code.

The legislation also would remove the Drug Enforcement Agency’s authority over marijuana and transfer it to a newly renamed Bureau of Alcohol, Tobacco, Marijuana and Firearms where it would be tasked with regulating marijuana in much the same way that alcohol is regulated.

Under the new laws, businesses would be required to purchase a permit to sell marijuana much like businesses that sell alcohol. The proceeds from this would offset the cost of federal oversight.

Lastly, the new laws would ensure that the federal government differentiates between individuals that who grow marijuana for personal use and those involved in commercial sales and distribution.

Though this legislation is one of many proposed solutions, it seems to be the one that is the most agreed upon and thorough in providing a solution for the small businesses affected by section 280E. 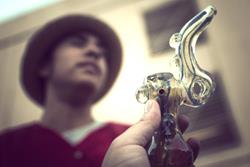 The Difference Between American Made & Imported Glass

The Difference Between American Made & Imported Glass 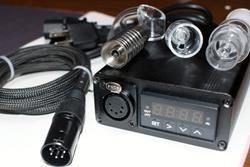 5 Reasons You'll Be Happy You Bought an E-Nail

5 Reasons You'll Be Happy You Bought an E-Nail