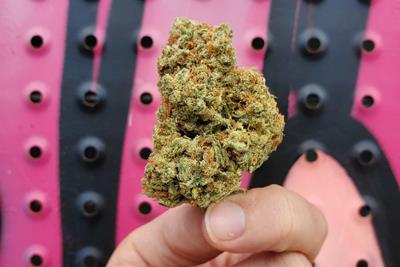 If you’re anything like Snoop Dogg in the song “Still D.R.E.,” when it comes to weed you’re looking for “No stress, no seeds, no stems, no sticks!/Some of that real sticky-icky-icky/Ooh wee!” And if you are Snoop Dogg, you can probably have a joint filled with the best sticky weed on the planet placed into your palm with the snap of a finger (if it takes even that much effort.) For the 99.99% of pot smokers that aren’t Snoop Dogg, it’s still possible to smoke sticky cannabis flower on the regular. New growing techniques, increasing depths of generational wisdom, and specialized education are producing better flower in greater amounts than ever before in recorded pot-growing history.

But how do you know if the sticky weed you’re laying your money down on is the good stuff? While many cannabis consumers believe that all sticky marijuana is top-quality, it’s harder to elaborate about the fact that there are two reasons that a nug can end up sticky: either it’s dank, or it’s rushed. The fact is, a nug’s “stickiness” can be accredited to high resin and trichome content (AKA good flower), OR a bud can be overly sticky due to a rushed cure and high water content (AKA bad flower). How can you tell the difference and find the best flower at your local dispensary? Keep reading to find out.

The Difference between Good Sticky Weed and Improperly Cured Flower

A nice sticky nug can mean that the grower took the time and care to properly cure it. The stickiness comes from the nug being covered with resinous, gooey trichomes that are bursting with rich terpenes and cannabinoids. With a little care, this weed should stay good throughout its time with you. 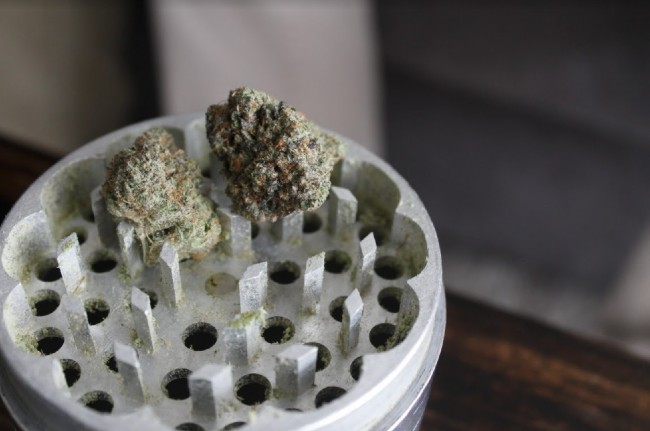 Stickiness can be a very good thing, as long as it was cultivated in the proper way.

However, a sticky nug can also mean that the weed was rushed out while still wet and contains a high level of water or moisture content. In this case, the stickiness only means a weaker, less potent nug that will lose water as it dries, leaving you with less to smoke overall and a hay-like flavoring to your cannabis once it’s fully dried.

Proper curing starts with snipping bud-covered branches off the plant at just the right time when their trichome production is at its sugary peak. Once removed from the plant, the nugs have to be dried, which further increases their potency. As long as the buds are kept at around 60-70 ℉ and at around 45-55% humidity while they’re hanging to dry, non-psychoactive cannabinoids within the plant will continue to transform into molecules of THCA (which will become THC once heated). This is what gives properly cured weed its extra punch. Keeping cannabis below 70 ℉ while it dries also prevents terpenes from drying up or degrading, locking them into the nug until it reaches your bowl, bong, or joint.

Once the nugs have dried enough for the flowers to feel a little crunchy and for their branches to snap instead of bend (anywhere from five to fifteen days,) it’s time to cure them.

For the final step in the curing process, the nugs are snipped off their branches and packed loosely into airtight jars. As they sit in a cool, dry place, moisture from deep inside the flower starts to spread back into the outer leaves. The jars are aired out, or “burped,” a couple of times a day to release moisture and allow oxygen in. After anywhere from two to eight weeks (or more, depending on the strain), the nugs are properly cured and ready to be consumed.

Harvesting the bud when its trichomes have reached their maximum potency – as well as carefully adjusting the humidity as it cures over weeks or months – can lock in cannabis’ freshness and potency for months. The trichomes and terps are at their gooiest and most potent. That’s what makes that good sticky-icky that you’re looking for. As long as you keep your bud air tight and out of the light after buying it, it should maintain its potency until the end. Although tossing a humidity pack into your nug jar never hurts.

As mentioned above, there’s another reason that weed can be sticky. Cannabis that was harvested too soon or packaged before a proper cure will feel sticky and moist, however, it will have underdeveloped terpenes and a lackluster “hay-like” flavor profile. Some shadier dispensaries will stock this sub-par, rushed weed on the shelves to cater to less informed cannabis consumers. 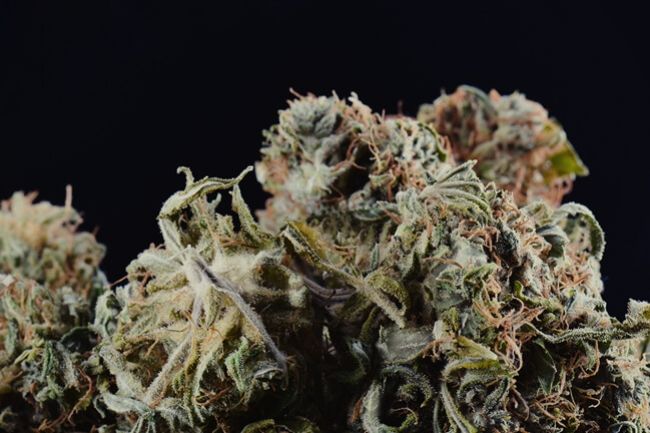 Because this weed wasn’t dried and cured properly, the terpenes and cannabinoids haven’t had as much time to preserve in the plant. This makes for a weaker and less potent effect from the bud. Wet weed is also harder to grind up or break apart, which makes poor quality joints and blunts that don’t burn evenly. Because of the extra moisture, wet weed can also be a breeding ground for mildews, bacteria, and mold. Finally, wet weed is a waste of money. Wet weed loses water as it dries, leaving its owner with less and less to smoke every day.

How to Tell if Your Sticky Weed is Good or Bad

Luckily, there are a number of ways to tell whether that weed you’re purchasing is that sticky-icky, or just full of extra water and moisture content:

Properly cured bud should be springy with a little give. This tells you that the moisture has spread evenly throughout the flower without saturating it. Wet weed will feel spongy between your fingers, with more squish than bounce.

Properly dried, sticky bud breaks up easily, without having to tear the leaves apart with your fingers. Similarly, if you rub them between your fingers, they should break apart. 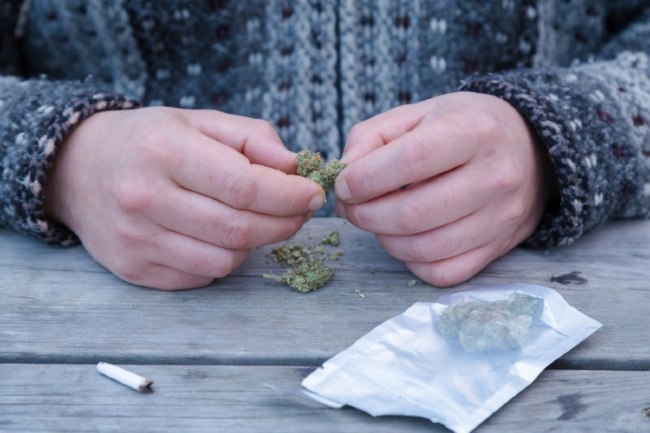 By rubbing your bud between your fingers you should be able to determine if it has the correct texture. photo credit

If they ball up, they’re still wet. The stems of sticky weed should also snap like dry twigs. If you’ve got wet weed, those stems are so soaked that they’ll bend like a live branch.

You know your bud is good if there’s an enticing aroma of fresh terpenes wafting out of that bag or jar. This is your signal that those terpenes have been allowed to develop and locked into the plant. Wet weed on the other hand will smell musty, damp, or have a faint hay scent that tells you the terpenes weren’t allowed to cure. Instead, bacteria or mildew have been maturing in their place.

When you touch good weed, it should be like touching fresh sap or syrup. That sticky, sugary feeling is all the resin from those ripe trichomes melting onto your finger from the heat. Wet weed may feel sticky to the touch, but it won’t stick to your fingers. If your fingers feel more like you’ve touched a recently wiped tabletop than honey, your weed’s been rushed out.

Most dispensaries are committed to stocking only the best flower for their customers, so please don’t throw a suspicious eye at your noble and hardworking budtender as you sidle up to the counter. However, it is always worth knowing a little bit more about how to find the best weed. Besides helping you appreciate the craft of the grower, it’s just good practice. You may not be Snoop Dog, but you always want to be sure that when you’re buying sticky weed, it’s that sticky-icky-icky that makes you say “Ooh wee!”

How do you tell the difference between improperly cured weed and top-quality cannabis? Share your thoughts in the comments below. 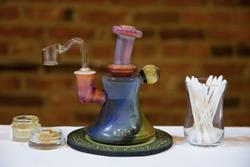 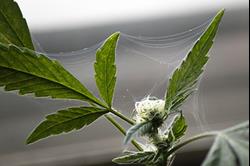