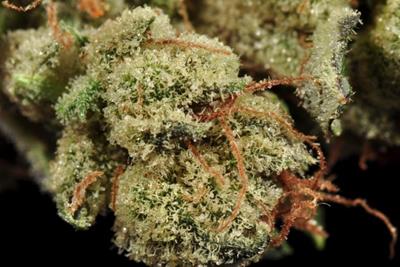 Heady, cerebral, and euphoric, Sour Diesel is the daytime smoker’s classic, go-to strain. First taking hold in the bustling underground cannabis scene of 1990’s New York, Sour Diesel has roared out of those secret closet grow rooms to become one of the most popular sativa-dominant strains in the world. With an aroma like if Lysol made a brand of gasoline, Sour Diesel fuels bursts of creative output and keeps your engine running high. Maybe that’s why it’s been name-checked by famous East Coast hip hop stars like Flatbush Zombies, Jay-Z, Nas, and the RZA. According to Redman “Sour Diesel is one of my favorites to smoke because it gives me good motivation...I’m in a studio maybe 16 hours a day...I like to be energized, I like to be creative.”

But how did this New York strain come to be? What else is it known for besides its hip-hop cred? What is its parentage, what are its full effects, and does the name Sour Diesel only refer to its signature aroma?

Join PotGuide as we dive into the strain history of one of the most popular strains worldwide; Sour Diesel.

In the early-1990’s in New York City, a young grower named AJ was interning at the legendary Wetlands music club. This was the spot where bands like Pearl Jam, Blind Melon, and Rage Against the Machine would play some of their first NYC shows, so the club was a favorite of the alternative crowd. One night, another regular and cannabis grower shared a new strain with AJ, the recently developed Chemdawg ‘91 cultivar.

The potent sativa-dominant strain blew AJ’s long hair back and he soon was planting his own seeds in his apartment’s secret grow room. It’s not clear what exactly happened, but at some point, a Chemdawg plant bred with either a Skunk or a Northern Lights cultivar. 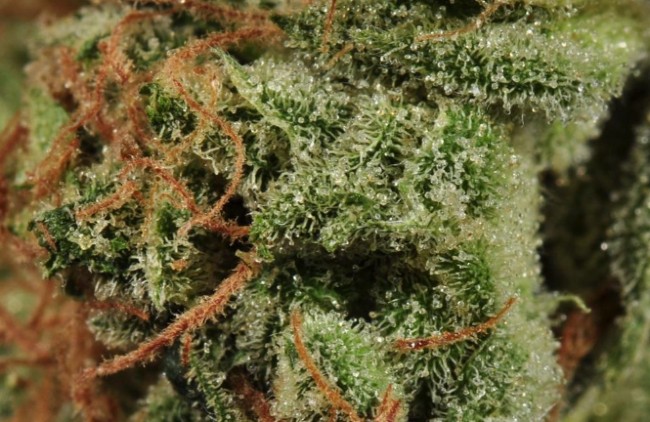 From the very beginning, people were impressed by Sour Diesel's strong effects and potent aroma.

Either way, a seed was planted into the soil, and the first Sour Diesel cultivar rose back out of it. This new strain, laden with Chemdawg’s signature gasoline smell, gave an even greater burst of euphoria and creative energy than its parentage. The new strain, still unnamed, wowed everyone that smoked it.

However, word of the new strain got to people much faster than the nugs did. The fact that this new extra kind and extra potent bud was also extra hard to get only boosted its notoriety. In the 1990’s then-mayor Giuliani’s “broken windows” policing policy meant that the cops were cracking down on every minor infraction, meaning that they targeted sex workers, the homeless, and pot smokers. Despite this, weed was never hard to find in New York. However, good weed was rare, and expensive. After all, New York was far from the bountiful cannabis fields of the Pacific Northwest and the black market routes coming out of Latin America. As told by AJ, this difficulty in procuring this fire new strain, and not the lemon/gas flavor, is what gave Sour Diesel its name.

Acapulco Gold was as “diesel” as OG Kush, White Widow, or Maui Wowie. According to AJ, plenty of strains of Chemdog he’d grown and bred were “diesel” but this one was the best. From then on, it was THE “Diesel.” The “Sour” in “Sour Diesel” came from everyone being upset that they couldn’t get enough, since indoor growing limited the supply.

It was souring relationships across the city because growers and dealers had to pick and choose who got a baggie. Once the strain became popular, and seeds spread out to growers across the country, supply finally was able to match demand, leaving no one sour about this diesel weed.

Cultivating Sour Diesel is a step up in difficulty when it comes to cannabis growing, which is one of the reasons for that shortage early on that left everyone in such a bitter mood. Under intense lighting, a semi-humid environment, and Mediterranean temperatures between 68-86 degrees Fahrenheit (20-30 degrees Celsius) the plants shoot up rapidly, requiring a lot of pruning, training, and topping early on if grown indoors.

Full-grown, the plant itself is lanky and tends to show a lot of foxtailing when it’s finished, stinking up a room with its fuel/skunk/citrus blend. That smell will only get stronger once it's cured, leaking out of any container you keep it in. The expansive smoke experience begins with a skunky funk with strong citrus notes that ends minty and spicy. Inhale it too deep and get ready to cough like it's your first time.

The buds themselves are not as striking as you’d expect from such a potent strain. Medium-sized and relatively dense, the buds are pale green with muted pistils and not super frosty. However, those trichomes still sparkle in the light and get the job done.

High Times Magazine named Sour Diesel the third greatest strain of all time, and there’s no question why. The effects of Sour Diesel bring smiles to faces and plenty of ideas to minds. Its caffeine-like energy boost comes on fast, but it’s less racy and more dreamy than other sativa-dominant strains. This can become unfocused if you’ve got a full to-do list, but it’s great for parties, concerts, and outdoor activities. Sour Diesel is an artist’s strain.

Medically, Sour Diesel is great for patients suffering from depression, PTSD, anxiety, or other stressors. The experience leaves consumers with a relaxed, contented body high that can take your mind off of your pain, but it is not known as a pain reliever.

Sour Diesel is also known for its stereotypical cannabis side effects. Get some eye drops and sports drink beforehand in case of coughing, red-eyes, and cotton-mouth.

Sour Diesel is one of the most popular strains, worldwide. However, much like hip hop, pizza, bagels, and Spider Man, New Yorkers will always claim it as their own. Created beneath the closet grow lights of apartment scientists like AJ, Sour Diesel is no longer a rare find. As Run the Jewels’ Killer Mike said in an interview with Blare Magazine about getting weed on the road.

“When you’re in New York, you pretty much get Diesel, but it’s the best Diesel around.”

What do you like about Sour Diesel? Let us know in the comments below! 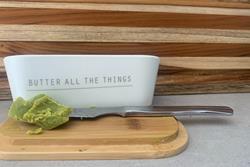 Cannabutter: What It Is and How to Make It

Cannabutter: What It Is and How to Make It 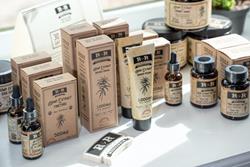