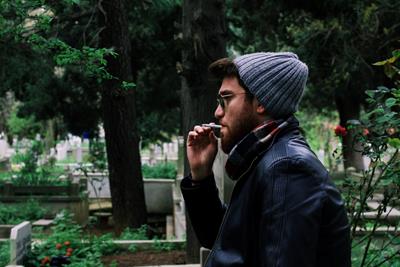 Welcome to colorful Colorado, where the altitude isn’t the only thing that’s high. As Coloradans, we’re privileged to be one of the few states to legally allow public sale and private consumption of marijuana products. This legalization has prompted a migration of epic proportions to Denver. While many move here for the glorious sunshine, majestic mountains, and adventurous, outdoor lifestyle, there are plenty that move to Colorado for the cannabis.

Beyond the migratory patterns, we’re also noticing a steady rise in Colorado tourism. Presumably, people choose to vacation in Denver for many of the same reasons – the outdoors, the culture, and the weed. But problems persist for visitors intending to toke while in Colorado as we have yet to finalize a safe, secure, and reliable option for travelers. As it currently stands, pot consumption is only allowed in private residences, cannabis tours, social lounges, and 420-friendly lodging – all of which may be hard to come by for temporary tourists, thus forcing them to toke in public areas like parks, street corners, and at public events.

It’s essentially a convoluted catch 22. Tourists can buy pot products but are hard-pressed to find a safe, legal spot to smoke. Colorado is aware of this conundrum and is entertaining several options with pseudo-legal Marijuana Social Clubs and on-the-ballot social initiatives.

Marijuana Social Clubs, also known as Teapads, became popular during the prohibition era when alcohol was illegal, but cannabis was not – oh how the times have changed!

Today, Cannabis Social Clubs are less popular compared to the days of yore and regarded by many as a shady experience. While it does offer a speedy solution to the “Where can I smoke?” question, it’s not what one might expect. If you’re imagining plush seating, trendy industrial lighting, and smooth jazz playing in the background, you might be sorely disappointed. In truth, it doesn’t take much to classify as a Marijuana Social Club. A “private” residence, a basement living room vibe, and an interesting name is essentially the ambiance tokers will find. Not exactly the same glitz and glamour of prohibition age but it sure gets the job done.

Since the law has yet to keep up with the ever-changing habits, demands, and culture of the Colorado cannabis community, there is a lack of transparency between legal, barely legal, and illegal. Cannabis Social Clubs generally fall under the barely legal category. They promote themselves as a membership club, requiring members to pay fees as a way to circumvent potential legal issues, which may arise. But issues still persist, as raids of clubs are quite a common occurrence. This can be a majorly scary and shady buzzkill for any vacationing toker.

Looking Towards the Future

So what’s a traveling smoker without a 420-friendly residence to do? Smoke outside or smoke at a sketchy Marijuana Social Club? Every option poses real risks.

Enter the Neighborhood-Supported Cannabis Consumption Initiative. This initiative will appear on the November 8th ballot. If successful, social cannabis consumption will be publicly legal in permitted bars, cafes, or even yoga studios – contingent on neighborhood signoff.  At these locations, “consumption areas” will be created for marijuana users. Customers will be required to bring their own cannabis products (B.Y.O.C.) and most likely smoke in a designated outdoor area. While the obvious benefit for passing this initiative is to provide a safe, social, and secure smoking environment for tourists, there are cons to consider. Cons like, decreased air quality in certain areas, the occasional upset neighbors, and unintended changes to the community’s culture.

While we wait for the outcome of the Neighborhood-Supported Cannabis Consumption Initiative, we can still utilize Colorado’s operating Marijuana Social Clubs as a more immediate solution. Similar to the neighborhood initiative, there are of course cons to consider. Since these private clubs still teeter between legal and illegal, you can still expect raids, membership fees, and murky business practices – all wrapped up in a more often than not, sketchy ambiance.

To date, it’s hard to be a tourist looking to smoke legally in Colorado. But with existing options like Marijuana Social Clubs and on-the-horizon options like the Neighborhood-Supported Cannabis Consumption Initiative, there are options.

Solutions are hopefully to be worked out by year’s end making Denver a safer place for cannabis-loving travelers. And for the locals, if the Him vs. Her election doesn’t draw you out to vote Nov. 8, maybe the social-use initiative will. Be sure to vote! 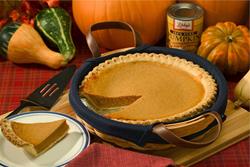 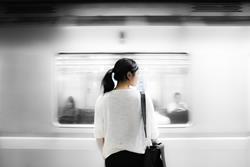