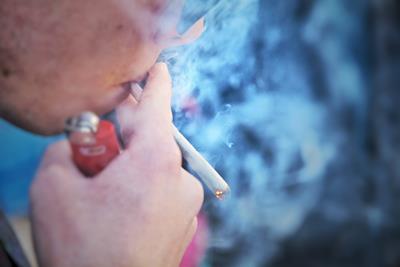 Cannabis awareness of the past, for whatever reason, has always been subject to myths and false information. These common myths get tossed around all the time by naysayers but have you ever seen any of them actually doing their research? Myths, stereotypes and misconceptions are all harmful to respectful cannabis consumers, making it increasingly important for these negative perceptions and stigmas to be put to an end.

This article, we’re tackling a couple myths surrounding secondhand smoke and its effect on bystanders and non-consumers alike. It’s time to learn some facts and truth about cannabis!

1. Can You Get a “Contact High” from Secondhand Cannabis Smoke?

A very common myth about cannabis is that inhaling secondhand smoke will cause you to feel a “contact high.” Sometimes at a concert you might hear people saying that if people around you are smoking marijuana you might get high too. Even though most recreational cannabis users would love for this to be true, it is nearly impossible to become high from inhaling secondhand cannabis smoke.


In a recent study, non-cannabis consumers were exposed to marijuana smoke in the everyday setting of a coffee shop in the Netherlands. The non-consumers all showed minor traces of THC in their blood but not enough to fail a standard drug test. This study shows that in an everyday situation, if you happen to inhale secondhand cannabis smoke, you may have an incredibly small amount of THC in your system, but not nearly enough to feel its effects.

Next time you attend a concert, don’t sweat it because you’re more likely to get backstage passes for free than get high from secondhand cannabis smoke.

2. If I Do Inhale Secondhand Cannabis Smoke, Can it Show Up in a Drug Test?

So, you have a drug test next week for a new job and you accidentally inhaled secondhand cannabis smoke while attending a music festival. You may be worried that because you inhaled the smoke you might fail the drug test, right? There’s actually very little to worry about.

Odds are you won’t fail your drug test for secondhand smoke. photo credit

In all reality, the only way you are failing your drug test is if you manage to inhale a large quantity of secondhand cannabis smoke in the moments leading up to your test. What we’re getting at is that it would be very difficult to inhale enough secondhand marijuana smoke to fail a drug test, so don’t stress over it if you’re ever worried. This of course is strictly referring to drug tests via urine screening. It's important to note that there have been reports of failed hair tests after exposure to secondhand smoke. Hair testing is far less common than the typical urine screen, but anyone concerned about failing an upcoming hair test should avoid cannabis smoke completely.

What Would I Have to Do to Feel Cannabis Effects from Secondhand Smoke?

As we’ve mentioned throughout this article, it’s highly (no pun intended) unlikely for you to experience a contact high from secondhand marijuana smoke. Since you may be curious what it would take to actually get high from secondhand consumption, and to prove just how extreme the scenario would have to be for it to happen, here is one scenario that could happen.

Let’s pretend you and 4 other friends are rolling down the street in your buddy’s minivan and your friends have just agreed to take you to a scheduled drug test for a new job opportunity. On the way to the drug screen, your friends perform a “hot-box” and smoke 42 joints in 10 minutes inside the vehicle with the windows rolled up (We do not recommend you try this, as smoking and driving is illegal).

You’re literally sitting in a cloud of cannabis smoke inhaling and exhaling for 1 hour as your friends smoke out the vehicle extensively.

At this point, you may feel some sort of effect, but it is probably from a lack of oxygen and the smoke content in the car – not cannabis. Finally, your friends drop you off at your drug screen. You get out of the car and immediately take a drug test. Even after an extended hotbox, there is still a good chance in this scenario that you would pass the test.

Let’s wrap this one up one last time for all those who might ask you these questions. Can you get high from secondhand cannabis smoke? The answer is yes, however, it is almost as rare as Jeff Sessions lighting up a joint.

Again, if you know you will be hair tested, you should avoid being around cannabis smoke at all costs.

It’s about time these myths have been busted, so spread this information and let’s leave this myth in the dust! It’s time more people realize the truth surrounding cannabis and with your help we can begin to change the social stigma.

Do you have any cannabis myths or misconceptions you’d like to see busted? Let us know below for a chance to have your myth featured in an article! 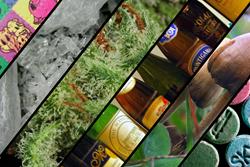 Recreational Drugs Ranked: Listing Common Substances According to Their Danger

Recreational Drugs Ranked: Listing Common Substances According to Their Danger 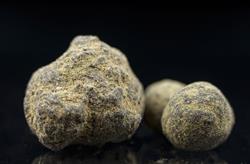