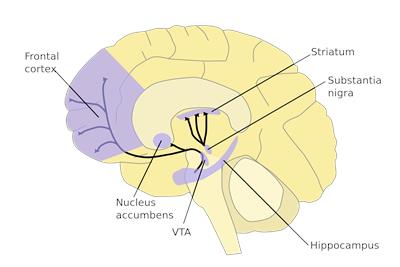 It comes as no surprise that millions of Americans use marijuana to enhance activities or make uncomfortable situations more bearable, so now the question becomes "Why?" Why does food taste so amazing? Why do we feel closer to our friends? Why is it so easy to relate to the music on the radio or find new insight into an old movie? Why does marijuana make everything better?

Anyone who's ever experienced the marijuana munchies knows just how amazing food is when stoned. Favorite foods that are either sweet or salty are especially appealing, and often times prove to be incredibly hard to put down. But before we discuss why it's so difficult to stop eating when high, let's first look at why it's so tempting to start in the first place.

When we consume the foods we love, our brains release dopamine, or the chemical responsible for feelings of joy, satisfaction and accomplishment. This is the brain's way of telling us that we've done good and to therefore keep doing what we're doing. When THC is included in the mix, dopamine is increased which makes our favorite foods all the more enjoyable. Even without the help of marijuana, foods that cause excessive dopamine production can lead to addictive tendencies (such as overeating); marijuana just makes it more so.

But it's not just the taste of our favorite foods that entices us to eat more when stoned. Olfactory perception (our sense of smell) is more acute when we're high, too. This increases the appeal of certain foods and contributes to our increased pleasure when we consume them.

Unfortunately, marijuana makes our favorite foods taste so good that it's often difficult to stop eating them, even after the pain of a full tummy tells us otherwise. That's because THC also acts on cannabinoid receptors in the hypothalamus, or the part of the brain that controls hunger and other base instincts.

Located within the hypothalamus is a group of neurons called pro-opiomelanocortin (POMC) neurons. These neurons are typically responsible for releasing chemicals that tell us when we are full, but when we are high they switch from making this chemical to making another (endorphins) that tell us the opposite, hence the difficulty in putting down that cheese burger.

In an earlier post, we discussed some of the ways marijuana can improve romantic relationships (by increasing intimacy and sexual pleasure, for example), but these relationships are not the only ones that can benefit from bonding over a bowl.

Earlier we discussed how THC-induced dopamine production can make you enjoy your food more. Well, the same thing happens when you're with your friends; when we experience a rush of dopamine (whether it's the result of cannabis or winning the big game, for example), our brains tell us that the experience is worth repeating. If you've ever felt closer to someone after toking with them, this may be why.

Many of the most famous artists of all time have credited cannabis for their creative spark -- William Shakespeare, Pablo Picasso, Salvador Dali… The freaking Beatles -- all used marijuana to help inspire greatness.

But then there are others who will toke before a project and become too distracted to finish. So where is the marijuana-induced inspiration for these people? And why does it seem to work so well for others? There are a few theories about why this might be the case.

The first theory relates to an increased dopamine production during a marijuana high. For those who naturally have some level of creative intellect, the calming effect of marijuana can essentially silence their inner critic allowing ideas to flow more freely. For others, the excess dopamine may cause a reduction in motivation and make it more difficult to maintain focus.

There is also evidence that marijuana can cause "hyper-priming" or an increased capacity to make connections from seemingly unrelated objects and ideas. Though this can be very inspirational for some (I mean, who doesn't appreciate a well-worded metaphor or thought-provoking abstract?), for others, it can make it difficult to stay focused on the task at hand.

This is because THC binds with cannabinoid receptors in the hippocampus (the part of the brain responsible for memory storage) essentially hijacking the area and thus, deciding for you what is and isn't worth remembering. If the project at hand is especially appealing, then the chances of losing focus are much more slim than if the project is dry or boring. In other words, if you love the guitar and toke before playing, you might well create the next masterpiece. If, on the other hand, you're still learning (and get bored with the monotony), practice might not be as productive after a smoke session.

A final theory connecting marijuana and creativity is based on the notion that marijuana blurs the lines between the senses. This allows users to experience their thoughts and surroundings in a whole new way, thus opening the doors for more creative thinking. Though some might find this experience a bit confusing and hard to articulated, others can seize this opportunity to tap into latent creative ideas -- or at least use it to find a deeper meaning to the movie Yellow Submarine.

There is a reason marijuana is so popular (despite its often illegal status): it just makes people happy. Both statistical and anecdotal evidence shows that people who smoke pot tend to be less aggressive, more relaxed and generally happier when they are high.

But it's not just mood that is enhanced by marijuana. Many things seem to be improved -- or at least seem more enjoyable -- when good ol' Mary Jane is involved. From food to friends, sex to sitcoms, marijuana is an easy go-to for a good time. No wonder it's the most popular illicit drug in America, and the third most popular recreational drug worldwide (after alcohol and tobacco).

What's your favorite reason to use marijuana? Tell us about it here or on Facebook. 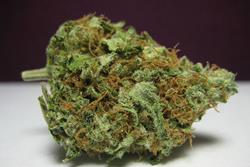 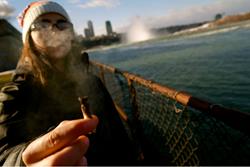