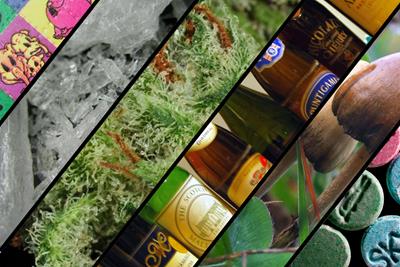 Have you ever wondered which recreational drugs are the most harmful? Or if one drug is more dangerous than another? It’s always a good idea to fully understand a drug before consuming it, which is why we wanted to break it down for you so you can be safe and responsible!

There’s a lot to consider when looking at the impact of a drug including benefits versus health risks; individual, social and economic influence; and the damage the drug causes the environment. Below is a list of 10 commonly used recreational drugs in order of their danger. Each drug has been assigned a danger rating based off of research conducted by Pro/Con.Org and are listed in order of safest (10) to most harmful (1).

Taking this into account, let’s take a look at which drugs are the safest and most dangerous drugs on the market today.


Cannabis (a.k.a. “weed”, “bud”, “marijuana”, “Mary Jane” or any of these other cool slang terms for pot) is a plant that has been used medicinally for centuries helping people heal and connect thanks to both its powerful chemical composition and the social nature of its consumption. Cannabis is listed as a Schedule I substance due to a lack of medical research, and has a danger rating of 20/100, largely due to its impact on crime and economic cost (because it is both popular and illegal).

Not only is cannabis the safest recreational drug, it also has many beneficial medical properties.

Even though the danger rating is higher for cannabis, once legal and social repercussions are removed from the equation, cannabis’ harm drops significantly. For example, though “magic mushrooms” are considered the safest drug available based on Pro/Con’s research, when we remove things like crime, international damage and family problems, marijuana’s harm rating drops considerably, making it the safest drug for consumers. When you factor in the economic benefits of cannabis its harm rate is reduced even farther, making the case for a de-scheduling of cannabis altogether and its removal from the Controlled Substance Act.

There are no recorded deaths resulting from cannabis consumption, and its many medical applications make it undoubtedly the safest recreational drug around.

Magic Mushrooms (a.k.a. “shrooms” or “boomers”) include more than 180 species of mushrooms containing psilocybin or a derivative. This naturally-occurring psychedelic chemical can cause consumers to feel a heightened sense of emotion, an increased level of introspection, and visual abnormalities like halos around lights and geometric patterns behind eyelids. Magic mushrooms are listed as a Schedule I substance despite their long history of medicinal use, and are considered a very safe drug with a danger rating of only 6/100.

Lysergic Acid Diethylamide, or LSD, is a chemical derived from the fungus, ergot. It was first developed in the 1930s then tested in the 1950’s on young service men and students, then outlawed in the 1960s as the drugs popularity began to take off. With a danger rating of only 7/100, LSD is one of the safest recreational drugs available, though remains a Schedule I drug due to its lack of medical value.

MDMA, also known as “Ecstasy”, “E”, or “Molly”, is a psychoactive substance primarily used as a recreational drug to enhance sensations, promote euphoria, and increase empathy. It may also increase heartrate, cause memory problems or result in teeth-grinding, and may increase risk of death related to dehydration or heat exhaustion. MDMA has a danger rating of 9/100 and is currently listed as a Schedule I substance, though research is underway to see if it may be used therapeutically.

Much like cannabis, tobacco is a plant cultivated with the intention of smoking it, chewing it, or vaping it.

Consuming tobacco may result in an increased heartrate, diminished senses of taste and odor, and an increased likelihood of addiction due to the nicotine found within.

Prolonged tobacco consumption can cause many health conditions including heart diseases, chronic bronchitis and multiple types of cancers bringing tobacco’s danger rating to 26/100. Despite this, tobacco remains unscheduled and is currently sold over-the-counter. State-mandated restrictions do apply, however.

Cocaine, or more specifically, cocaine hydrochloride, is a chemical derived from the coca tree originating in South America. It was first isolated more than 100 years ago and has since been used in tonics, medications, and even early versions of the popular soda drink, Coca-Cola.

However, due to research outlining its highly addictive nature, its legal use has been severely limited, though its Schedule II status means it can still be used by doctors in controlled situations. Cocaine has a danger rating of 27/100 due in large part to the international drug war and the havoc it creates.

Methamphetamine (“meth”, “chalk”, “ice”, or “crystal”) is a highly addictive stimulant created from the nasal decongestant, amphetamine. It can be smoked, snorted, eaten or injected intravenously to create powerful euphoric sensations and hyperactivity while diminishing appetite. Methamphetamines are listed as Schedule II drugs meaning doctors can offer non-refillable prescriptions as an ADHD or temporary weightless treatment. Meth has a danger rating of 33/100.

Crack cocaine is simply cocaine that’s still in its crystal form; it is riskier than coke due to its high level of potency compared to powered cocaine. Crack has become a popular alternative to cocaine because of its relatively low price and quick, powerful high which increases the risk of tolerance, dependency and abuse. Crack is also listed as a Schedule II substance despite its high risk of addiction and has a danger rating of 54/100.

Heroin comes from morphine and is often used by those looking to feed an opioid addiction or just embark on an extremely powerful high. Heroin is typically injected directly into the veins, increasing the risk of infection and overdose, though more pure heroin can be snorted or smoked, as well. Heroin is a Schedule I drug with a high potential for abuse and minimal medical value, and has a danger rating of 55/100.

More than half of all adults have consumed an alcoholic beverage sometime within the last month. In fact, almost 27 percent of surveyed adults admitted to binge drinking within the month. Yes, adults love their booze which is one reason more than 15 million adults over the age of 18 reportedly have an alcohol use disorder.

Alcohol has been shown to cause huge economic, social and personal burdens and is the 4th leading cause of preventable death in the U.S. Alcohol’s danger rating, which accounts for things like the cost to the economy, society, the family and individual, comes to a whopping 72/100 and yet remains unscheduled and highly promoted.

Like all things, cannabis should be consumed in moderation to avoid unwanted outcomes (even though it is the safest of all recreational drugs). However, despite its title as a Schedule I substance, cannabis is by far one of the safest drugs on the market today. In fact, most of the dangers associated with cannabis are related to its legal status and the burden that puts on the individual and family. Once cannabis is de-scheduled, the risks associated with it will surely decline, as well.

Do you think cannabis is dangerous? Why or why not? 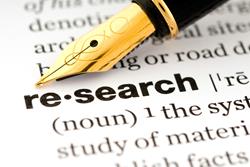 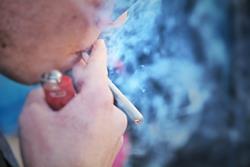 Secondhand Smoke and Cannabis: Breaking Down the Myths

Secondhand Smoke and Cannabis: Breaking Down the Myths